Cold War Kids at The SoDo

By Christine Mitchell on October 17, 2016@Housetornado37 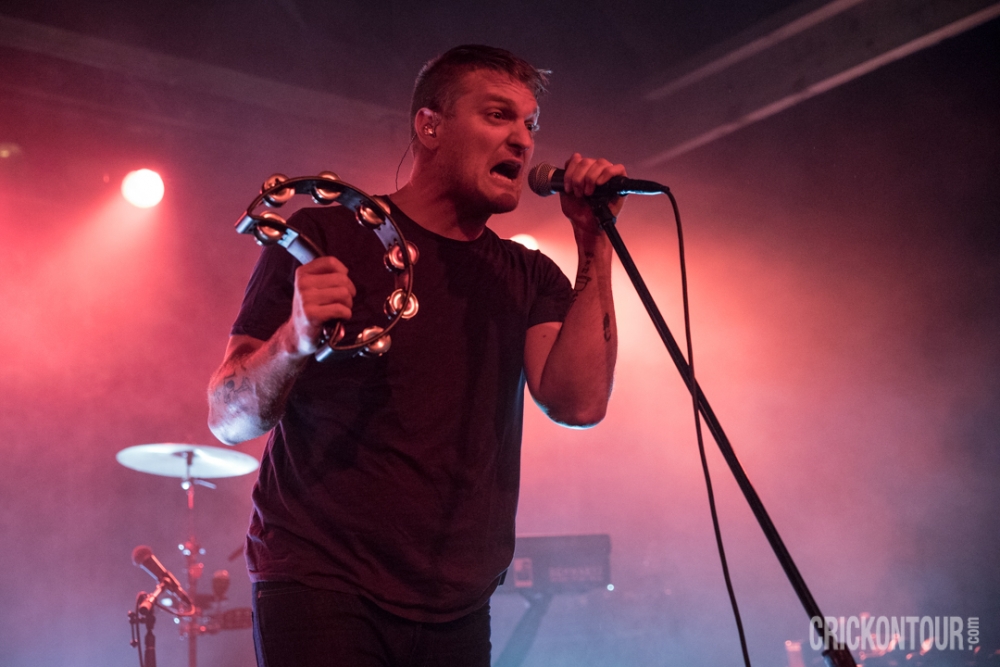 An enthusiastic crowd of all ages packed the Showbox SoDo last week for a show from Long Beach, California’s Cold War Kids. The indie favorite has amassed a large following since forming in 2004, and their set reflected their more than decade long catalogue. Frontman Nathan Willett deftly switched between guitar, tambourine, and piano, all the while delivering lyrics without missing a beat. The band sounded tight, and seemed comfortable on the stage and with each other whether rocking out at the front of the stage together or otherwise moving about during their energetic set. The crowd responded in kind, dancing and singing along. Cold War Kids delivered a strong set to a venue more than happy to receive them.

The Strumbellas (who hail from Canada) opened for Cold War Kids, their indie-country sound drawing its own set of cult-like fans. Much of the crowd sang along to the chorus of fan favorite “Spirits.” Keyboardist David Ritter was seen working the crowd down in the pit directly after the show. The Strumbellas are touring in support of their latest album, entitled Hope. All in all, it was a great night for indie rock.

Setlist:
Love Grow
All This Could Be Yours
Loner Phase
Miracle Mile
Hot Coals
Hang Me Up To Dry
Can We Hang On
Vacation
Royal Blue
Audience
Every Man
St. John
Romance Languages
Drive Desperate
Mexican Dogs
First
Bitter Poem

Christine Mitchell has been poring over album liner notes pretty much since she acquired the skill of reading, and figured out the basic structure of rock songs at an early age. Whether it’s the needle popping into the first groove of the record, the beeps that signal the beginning (or end) of a cassette tape, or digital numbers ticking off the seconds from zero, music brings Christine happiness, ponderous thought, opportunities for almost scientific study, and sometimes a few tears. When she started attending live shows two decades ago, a whole new piece of the puzzle clicked in and she has been hooked ever since.
Related ItemsAlex CrickChristine MitchellCold War KidsFeatureShowbox SodoThe Strumbellas
← Previous Story Ghost holds its Black Mass at the Moore Theater
Next Story → VNV Nation’s North American Tour Starts in Seattle