By Mike Baltierra on October 20, 2016@baltierraphoto 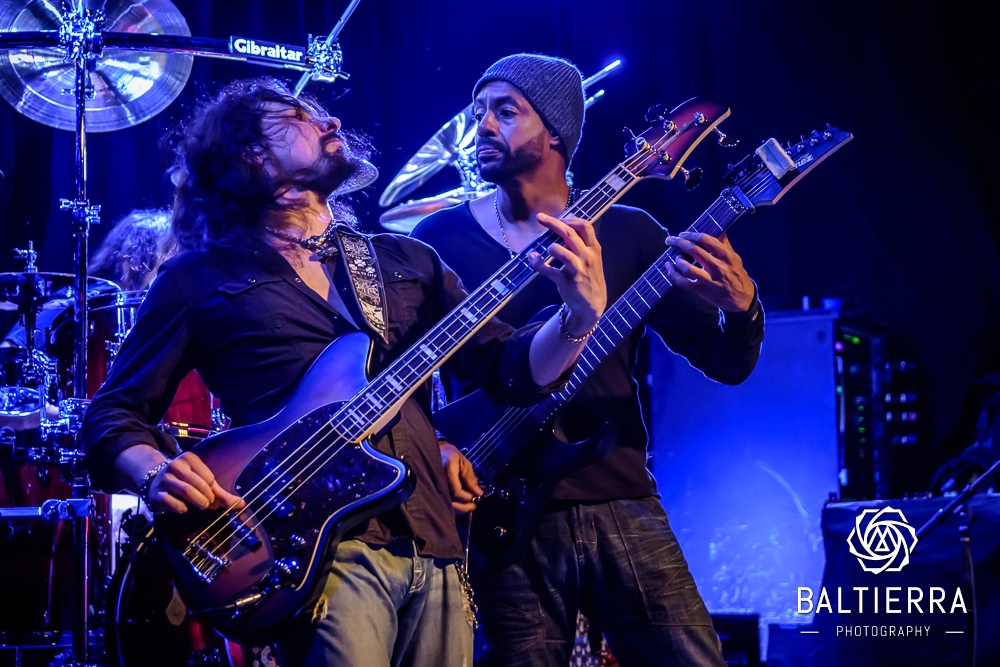 Guitar shred pioneer Tony MacAlpine gave an outstanding performance last Monday at Studio 7. The crowd that made their way out to the venue consisted of people who have been following MacApline since the beginning of his musical career, when he burst onto the music scene with the 1986 debut solo album, Edge of Insanity. The same year his side project, M.A.R.S., released the album Project: Driver. Since then, MacAlpine has released numerous solo albums, has collaborated with numerous musicians, and has made many live guest appearances. Concrete Gardens is Tony’s twelfth solo studio album, and is entirely instrumental.

MacApline, along with drummer Aquiles Priester and bassist Bjorn Englen, put on a performance that blew everyone in attendance away.  After the release of Concrete Gardens in 2015, MacAlpine announced that he had developed colon cancer and the subsequent tour had to be postponed. After going through treatments and being given the all clear in August of 2016, it was announced that Tony MacAlpine would hit the road. MacAlpine has stated in recent interviews that he performing carefully selected material from his entire solo catalog. On this night the band proceeded to perform close to ninety minutes of exceptional instrumental music. The powerhouse trio delivered a clinic that left many in the crowd wondering how that wall of sonic sound, guitar virtuosity, exceptional bass playing and superb drumming could come from only three people. Along with the amazing songs that filled the evening’s set, each member was able to showcase their individual talents by performing solos.

In direct support was Seattle’s very own guitar player extraordinaire, George Varghese, who dazzled the crowd with his great guitar wizardry. Varghese, along with his band, performed a great hour long set, mostly consisting of instrumentals. A few songs with vocals were performed, but the band shined best when they complemented Varghese’s style of playing.

Local metal band The Absent Light started the whole shebang off with a well executed set of downer metal ditties paired with affable personalities. It was easy for the crowd to fall in love with the band: the five members (three guitarists!) wove their instruments together into an intricate hard rock tapestry, while frontman Cayce Smith’s vocal veered between wonderfully acidic and vehemently ferocious. New member Marco Bicca fiercely possessed his drum kit as John Wise and Ian McClung shredded something fierce. Bassist Kyle Toy anchored all with a rock solid low end foundation. Humorous between song banter deepened the crowd’s connection with the performance; it was obvious that new fans were made. Keep an eye out for The Absent Light’s new album Two Wings With Ten Stories; it’s due to drop before the end of the year and will be worth every penny.