Last in Line starts their West Coast Tour in Seattle

By Mike Baltierra on October 24, 2016@baltierraphoto 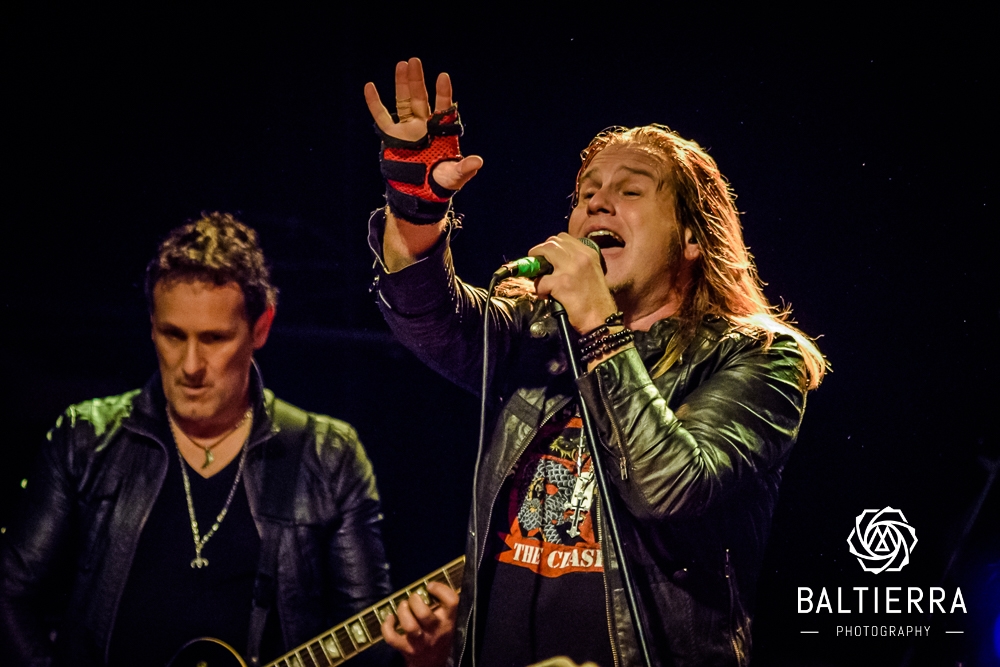 Last In Line at Studio 7 (Photo by Mike Baltierra)

Power house super group Last in Line kicked off their West Coast tour at Studio 7 in Seattle last weekend. The band is hitting the road to promote the debut album, Heavy Crown.

Last in Line is an American heavy metal band formed in 2012 by former members of the original lineup of Dio. The band takes its name from the Dio’s second album, The Last in Line. Vivian Campbell (guitar), Vinny Appice (drums), and Jimmy Bain (bass), came together to perform original material that they had recorded as a part of Dio. In 2013, vocalist Andrew Freeman joined the group. The band had then set to record all original material, which would become their debut album, Heavy Crown. Sadly, Bain passed away a January 2016, just a few weeks prior to the album’s release. In early 2016, the group added Eric Norlander on keyboards, as well as recruiting Phil Soussan to play bass.

In front of a jam packed club, the band played a solid 90 minute set consisting mostly of Dio covers from the albums Holy Diver, Last in Line and Sacred Heart, as well as material from Heavy Crown. The crowd, already pumped up from the evening’s support acts, were ready to hear great material from these outstanding musicians.

Opening with Dio classics “Stand Up and Shout” and “Straight through the Heart” before breaking out their original “Devil in Me,” the crowd screamed along with Freeman as he belted out the lyrics. Most in attendance were there to see Campbell, most notoably because of his work in Dio, Whitesnake and Def Leppard. This, taken with his well publicized battle with Hodgkin’s Lymphoma, made seeing him playing in such intimate setting a special occasion. Appice and Soussan were an excellent rhythm section, with Norlander doing a superb job on keyboards.

The band continued to play a long string of Dio songs, and Freeman was a ball of energy. He bounced from the drum riser and ran back and forth, interacting with the crowd. The crowd responded by singing along at the top of their lungs. The band got an enthusiastic sing-a-long from the crowd during the song “The Last in Line.” The band finished out their set with “Rainbow in the Dark,” leaving the hungry Seattle crowd wanting more.

The band made their way on stage for an encore, which kicked off with their originals “Starmaker” (which was dedicated to their late bandmate Bain) and “I Am Revolution” before finishing the evening with Dio’s “We Rock,” and their originals, “Heavy Crown” and “Already Dead”, which was the perfect ending to an amazing evening. It was a magical night for the band and for those who in attendance who were fortunate to witness the first night of what will be a whirlwind tour.

Getting the evening started were Severhead, Iron Dragon and Mechanism.