By Christine Mitchell on October 28, 2016@Housetornado37 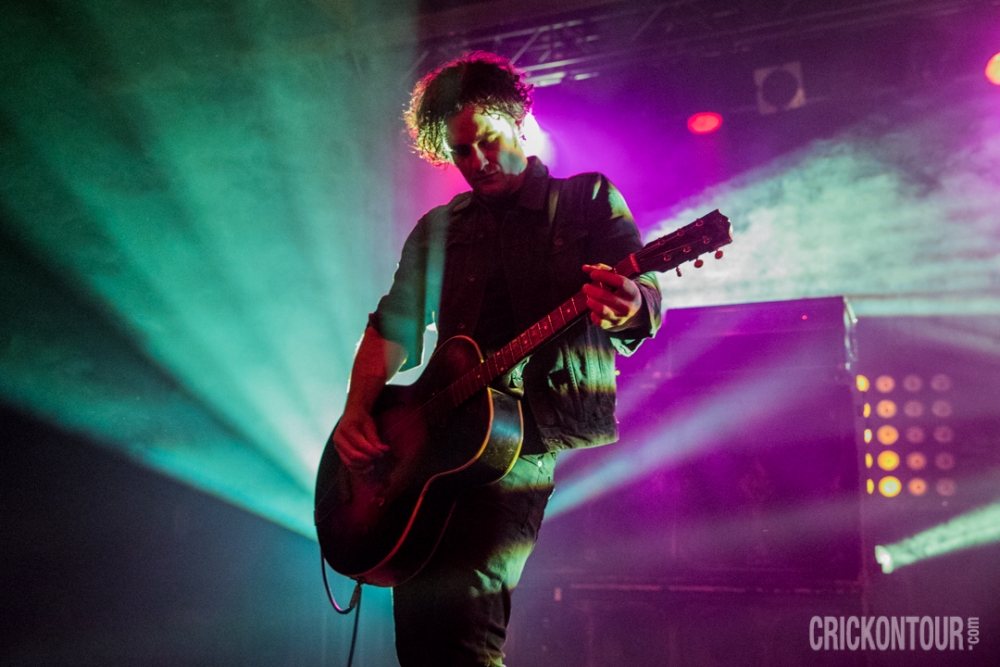 San Francisco’s Black Rebel Motorcycle Club is currently co-headlining a tour with Toronto’s Death From Above 1979. The two bands made a stop at the Showbox SoDo last week to pay Seattle a visit. Their styles may not be the same, but both bands performed intense sets after their own fashion to a crowd that loved it all.

Deap Vally kicked things off with a fuzzed-out sound and soulful lyics. The LA based duo of Lindsey Troy on guitar and Julie Edwards on drums played a relatively short but heavy set. They’re touring in support of their latest effort, Femijism, which came out just last month. The band had a fairly decent sized crowd for being the opener.

Afterwards, a giant DFA 1979 logo was revealed at the back of the stage. It featured the faces of Sebastian Grainger and Jesse Keeler with elephant noses. Grainger and Keeler presently appeared in the flesh, with the former singing and drumming, and the latter rocking out on the bass. The duo brought forth a heavy dance punk from their instruments. The crowd immediately began headbanging as the songs flew hard and fast off the stage. At one point, however, the band’s synth started acting up, causing a halt to the tumult. After a few minutes and a joke about how much they spent on a producer versus how much they spent on a crappy keyboard, Death From Above began to once again kick out the jams until the end of their set.

Black Rebel Motorcycle Club’s set was definitely more mellow than DFA 1979’s, but the crowd was definitely as much as, if not more stoked to see them, the band taking the stage to wild cheers and applause. The backlit stage setup gave a more moody feel to BRMC’s set, with the song “Red Eyes and Tears” set to red lights all around. The band was widely spaced over the entire stage, with Leah Shapiro lost behind the drum set.  Guitarist Peter Hayes switched back and forth between electric and acoustic, and the crowd danced along with the shoegazy music. Many of the songs on the set originated from the band’s first album, B.R.M.C.

And suddenly, it was over. One of the band members was losing his voice, and the set ended abruptly. There was no encore. No doubt the crowd will be back for more next time, as they were left hungry.

Christine Mitchell has been poring over album liner notes pretty much since she acquired the skill of reading, and figured out the basic structure of rock songs at an early age. Whether it’s the needle popping into the first groove of the record, the beeps that signal the beginning (or end) of a cassette tape, or digital numbers ticking off the seconds from zero, music brings Christine happiness, ponderous thought, opportunities for almost scientific study, and sometimes a few tears. When she started attending live shows two decades ago, a whole new piece of the puzzle clicked in and she has been hooked ever since.
Related ItemsAlex CrickBlack Rebel Motorcycle ClubChristine MitchellDeap VallyDeath From Above 1979FeatureShowbox Sodo
← Previous Story Christine And The Queens
Next Story → Monsterwatch: Wild at The High Dive