Future of rock and roll is in good hands in Seattle 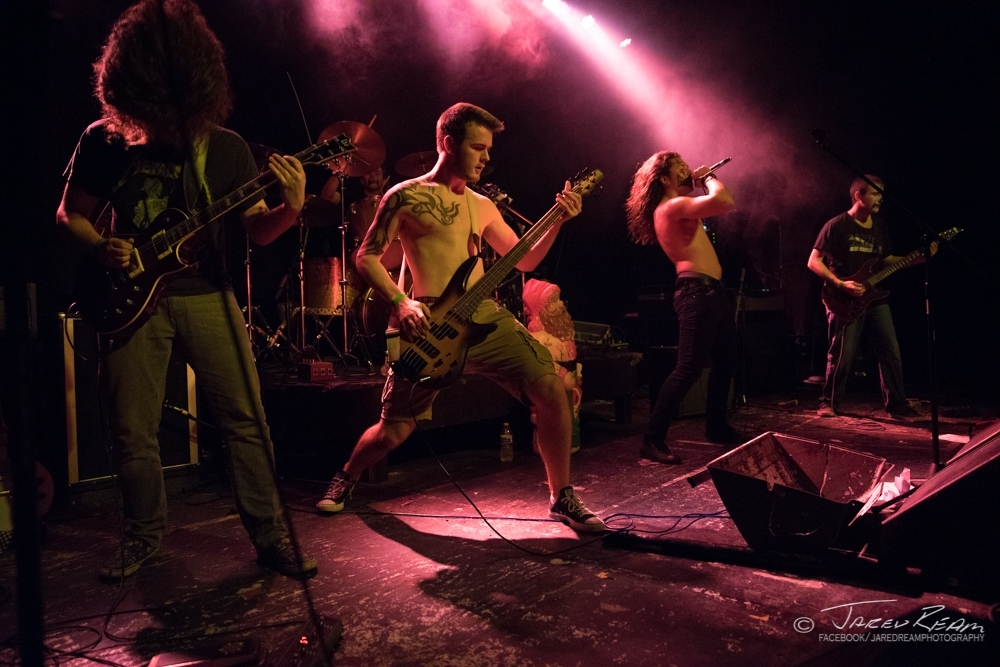 Friday night at Studio 7 was a good night to celebrate the Veterans of this great nation, and a great night to see that the future of rock and roll is in good hands. The first band of the night was the group Alkali Earth – a four piece consisting of Matthew Lord on bass and lead vocals, Levi Stein on lead guitar, Tatiana Linden on rhythm guitar and backing vocals, and Olaf Morrison on drums. These youngsters got started in the music world in 2012, when they were in the 4th grade. Since then, they have graced the stages at fantastic local venues, including The Crocodile and The Skylark. With a set list of all originals that harkened to the likes of Iron Maiden, Pantera, Sepultura, and Testament, Alkali Earth rocked it. Their set list showcased influences like political events in the country, as well as environmental issues.

Public Theatre played second. This four piece group hit the stage running, and didn’t slow down at all.  This band is another teen group, hailing from the Clearview area. They brought more of a bluesy, alternative, indie rock sound. Public Theatre emerged when lead singer Logan Britsch and drummer Matthew Tran started playing the video game Rock Band when they were in the 4th grade. The music bug continued into high school where they met the rest of their band, bassist Riley Hymas, and guitarist Luke Martin. All of these self-taught musicians came together on New Years Eve, 2013. Their guitar riffs had a bluesy feel – with the warmth of the late Stevie Ray Vaughan and Eric Clapton, and also tied in with the vibe of bands like Kings of Leon, The Strokes, or even Arcade Fire.  Logan controlled the stage with energy and lyrics that captured the minds, and ears, of the crowd. This is truly a band that you need to watch out for.

Headlining the show was the Lake Stevens Band, Emanon. They changed the flow from the indie rock sound back to the metal rage. Emanon is a five piece with Noah Wheeler on lead guitar, Justin Greene on rhythm guitar, twin brother Jordan Green on drums, Ian Salvisberg on bass and vocals, and Josiah Muldowney providing vocals and bass guitar. Currently all members are seniors Lake Stevens High School, with the exception of founder Muldowney, who is a junior. They are the quintessential metal band, fueled by the teenage angst of today’s youth. The name Emanon is a name that was resurrected from Muldowney’s father’s old band. They play with a sound and feel of reminiscent of Tool and Slipknot. These kids are incredibly talented, and are able to adjust their lineup, shifting instruments with ease. This metal powerhouse of a group is taking the steps to ensure that the metal music of Seattle is not forgotten or lost.