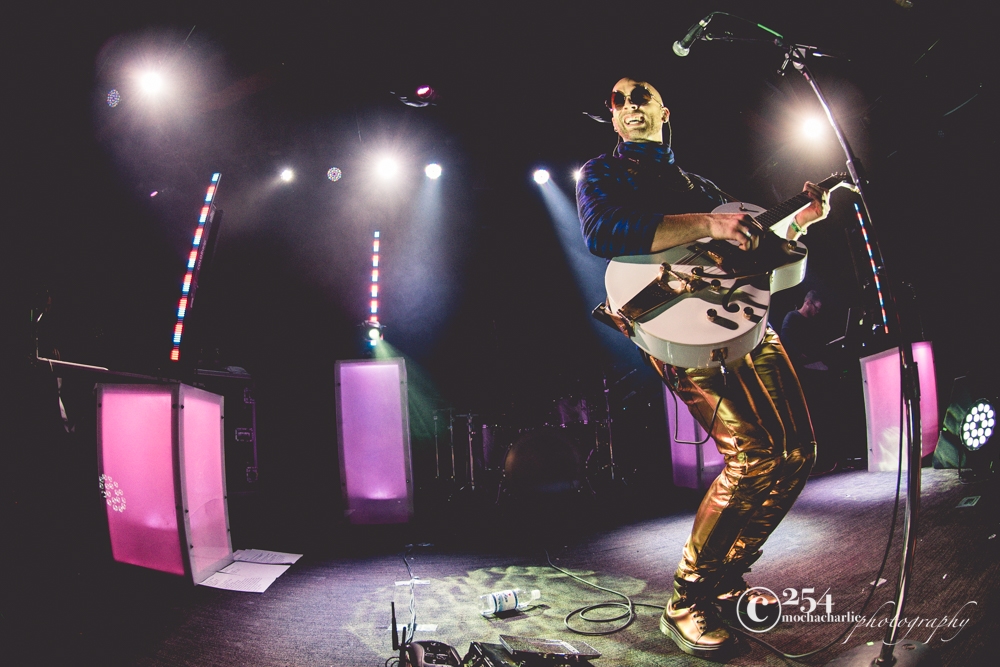 Ben Union at The Crocodile (Photo by Mocha Charlie)

Ben Union sold out The Crocodile in Seattle over the weekend as he promoted his latest CD release, Vamp.

The CD’s title alone is alluring and captivating. The music and lyrics attempt to seduce and mesmerize its listeners throughout its seven tracks. Union explained the album’s title, referring to his musical addiction as, “…an evil mistress, or a nasty woman attempting to ravage me of every ounce of creative value and then moving on. Thus, the title VAMP.”

On stage, Union dazzled the audience with both his attire and with musical instrumental diversity. Not only did he play both electric and acoustic guitars, he recently acquired an electrical keytar and upped his game and stage presence with this added gem.

Videos for the first three singles have been released over on his VEVO channel, with word of even more to come, along with additional local and regional show dates. Be sure to check out his multiple social media sites for future news, as well as his Facebook page, where he has been going “live” answering questions and keeping fans up to date as to what’s on the horizon.

Opening up the show were local bands, The Hollers, BoobooLala, and Decent At Best.

Mocha Charlie is an amazing photographer who has a real passion for music. She covers and shoots several shows per month in and around the region. She a brilliant photo journalist but most importantly, she is also a mother who does her best to balance out her life and live it to the fullest. Mocha Charlie uses her passion and talent to support the community, her friends and family any way that she can.
Related Items254mochacharlieBen UnionBooboolalaCD ReleaseDecent At BestDowntownDowntown SeattleFeatureJared MiraMocha CharlieMusicMusic PhotographyMusic venueSeattleTalon CarpenterThe Crocodilethe hollersVamp
← Previous Story Big Ass Boombox’s Greatest Hits
Next Story → The Neal Morse Band Leaves Their Mark on Seattle