The Neal Morse Band Leaves Their Mark on Seattle 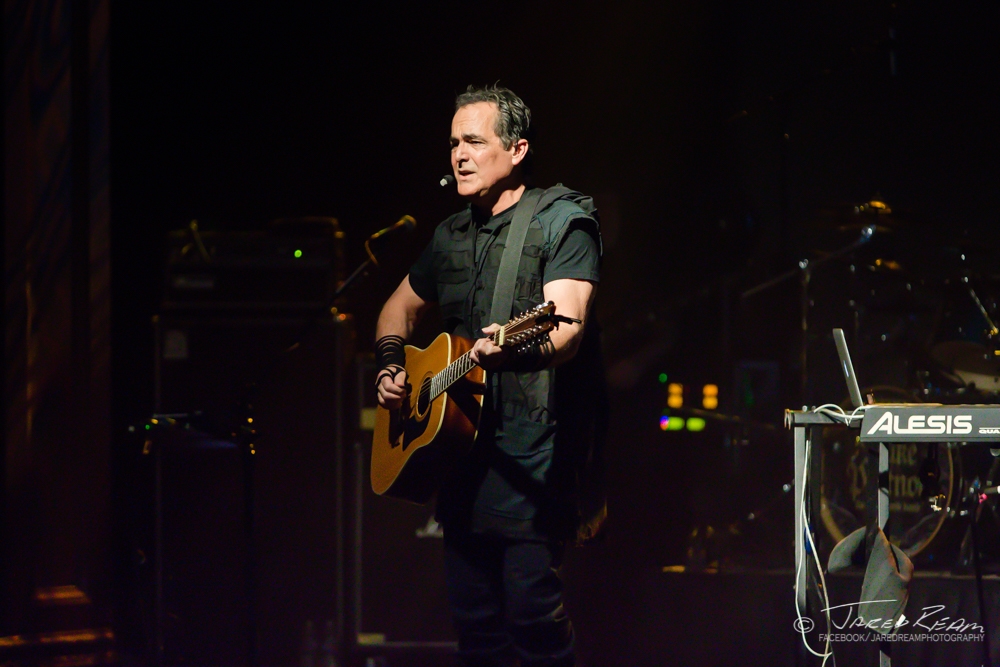 In front of a sold out audience of close to 400 Progressive Metal, food hungry, and music starved fans, The ‪Neal Morse Band took the stage in support of their The Road Called Home Tour at ‪The Triple Door in Seattle on ‪Tuesday night. The audience was not your typical audience. The age range was incredibly varied, and all of the age groups were represented, from teenagers up to 50-somethings. But it didn’t matter. The common denominator was love for prog music, and that love brought everyone out to see The ‪Neal Morse Band perform 23 songs from their latest release, The Similitude of a Dream. The double length concept album is based on John Bunyan’s classic book, The Pilgrim’s Progress, which was first published in 1678.

The overall feeling in the room was intense as fans discussed the sound of the album, the last time they saw the band and where, with reverent anticipation building. The lights dimmed, and a beautiful orchestral instrumental piece started playing as videos started were projected on the far wall of the stage. Unlike a lot of videos at shows, these were not distracting from the music in any way, instead adding to the whole experience. From out of the shadows, Morse appeared on stage alone, dressed in a black hooded vest with a single hand held light shining up to give him the eerie look of a voice from the past. He began singing the intro track to the album, a song called “Long Day,” as the rest of the band slowly joined him onstage. The band burst into the second track, “Overturn,” a beautiful piece heavily driven by the drums of Mike Portnoy and the keyboards of both Morse and band keyboardist Bill Hubauer, gracefully stitched together with the haunting guitar riffs of Eric Gillette. The incredible vibe in the air was palpable. People were rocking in their seats, air drumming on their tables, and air guitaring with their spouses.  The front end of the set gave off a youthful vibe, a happy uplifting feeling, that we later learn from Morse is the story of a man on a journey.  The songs changed feeling throughout the show. Each of the band members (with the exception of bassist Randy George) had their own song to sing. The vocals from each member were harmoniously beautiful.  Gillette himself, a powerhouse singer and guitarist, did not miss a single note, even during what seemed like complex solos.  He didn’t even break a sweat. Then, this vibrato rich set of vocals came seemingly from nowhere until it was quickly realized that Hubauer was holding his own in the vocal department.  The entire band was dressed in an almost emo-steampunk type of wardrobe. Everyone that is, with the exception of Hubauer, who was dressed in a bowtie, vest, ‪Angus Young style cap, and what looked to be tweed pants. He had a very dapper and British look to him.  Another high point in the show was Portnoy’s lead vocals on “Draw The Line,” which left the crowd asking out loud why Portnoy doesn’t do lead vocals more often.

Midway through the show Morse talked to the crowd, discussing the album, its meaning, and why he decided to make it. He was joined by Portnoy, who explained that during the first show they played on this tour, they put an intermission into the set, but tonight they decided not to. They wanted to see how things would go if they played with no breaks, and Portnoy said “hope you went pee before the show,” which he followed with “I didn’t so I’m going to have to go soon.” Then all of the members of the band came to the front of the stage.  Portnoy played on a standing drum kit and tambourine, George on his bass, Morse acoustic guitar, Hubauer on mandolin, and Gillette on acoustic guitar for “The Freedom Song.” It was a very folky, uplifting song that had the entire band singing and the crowd enthralled.

But as all good things must do, the performance soon came to and end, but this was not the end of the show. The want for more music drove the crowd to call for a frenzied encore. The Neal Morse Band played songs from Morse’s catalog of music, drawing on previous albums. This show was a total immersion into the audible senses. The 2 hour set, from start to finish, was well worth it!