Some Mighty Fine Music Found at the Blue Moon Tavern

By Mike Baltierra on January 30, 2017@baltierraphoto 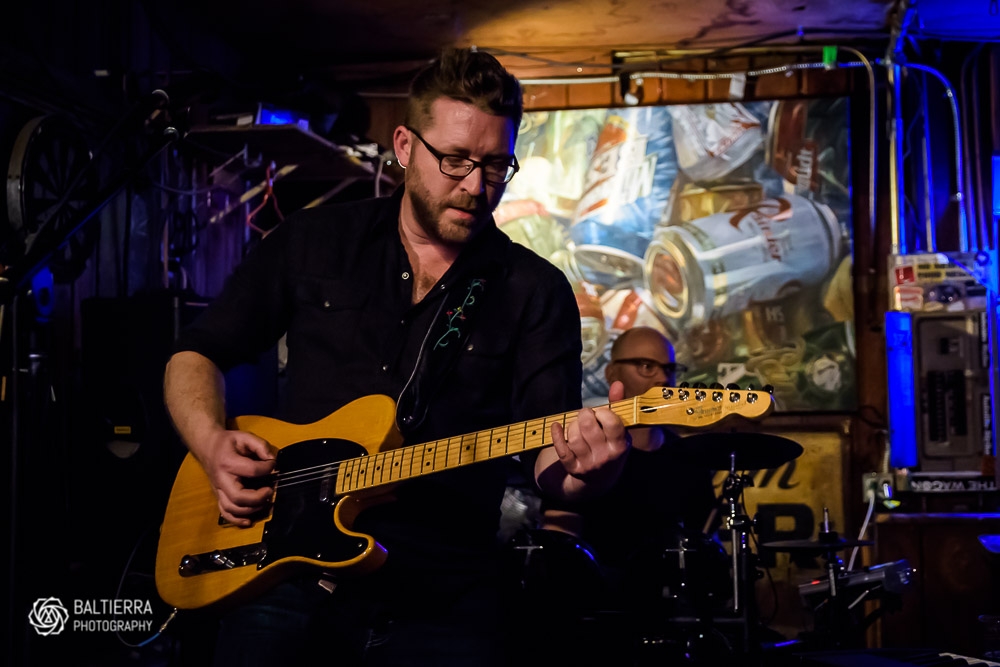 So a dude with a camera walks into The Blue Moon Tavern, located in the University District, looking to grab a quick pint or two of his favorite ale, but ends up finding three bands that are ready to crank out some awesome rock n roll. Inside one Seattle’s oldest bars, many an instrument was stacked on the stage with the sounds of guitars being tuned and sound check coming through the PA system. Who could have guessed that one could find such great entertainment on a Thursday night?

Getting the night started were Snowday, a local band who proclaim to sing songs while not having beards or plaid shirts and have no business being a band. They are influenced by New Order, Johnny Cash, The Smiths and REM – the latter being pretty prevalent in their style and overall tone of their music. They played a solid and tight hour long set the early evening crowd seemed to enjoy. The band members are Barry Whittle (guitar / vocals), Brenan Dundas (guitar), Jeff Gabbert (bass), and Houman Aliabadi (drums). You can head over to their page over on Bandcamp and give their EP #1 a listen.

Up next were Under the Puddle, who performed as a two piece with Mitch Clausen on guitar/vocals and Glen Carnes on keyboard and vocals. They describe their sound as a mixture of alternative, blues, and rock. Clausen and Carnes did a bang up job of playing a combination of originals off their album The Moody Autumn as well as a good assortment of cover songs. They pulled off an exceptional cover of the Pixies “Where is My Mind” –commonly referred to as the Fight Club Song– which had everyone in attendance up on their feet, dancing around and singing along. Head on over to Soundcloud to give their album a listen.

Closing out the evening were Common Law Cabin, who are made up of Steven Richard (guitar / vocals), Paul Franklin-Bihary (keyboard / vocals), Chris Henry (bass) and Ken Reppart (drums). Common Law Cabin played several killer originals off their EP Common Law Cabin. The band states that they draw inspiration from the Pixies, Pavement, Wilco, The Cure, Pink Floyd, and The Doors. The band proclaims to play good rock well, writing songs about “mid-western winters, domestic tranquility, nostalgia, and cars”. They had a great time while on stage, playing catchy tunes with catchy names such as “I Am Not Buddha,” “Couch Rocket Crash,” “Indiana Waltz,” and the seriously awesome song that finished the end of the evening, “Schwinn.” Do yourself a favor and go over to Soundcloud and give this band a listen, then do yourself another favor and follow them on Facebook to find out when they are playing again.