By Mike Baltierra on January 30, 2017@baltierraphoto 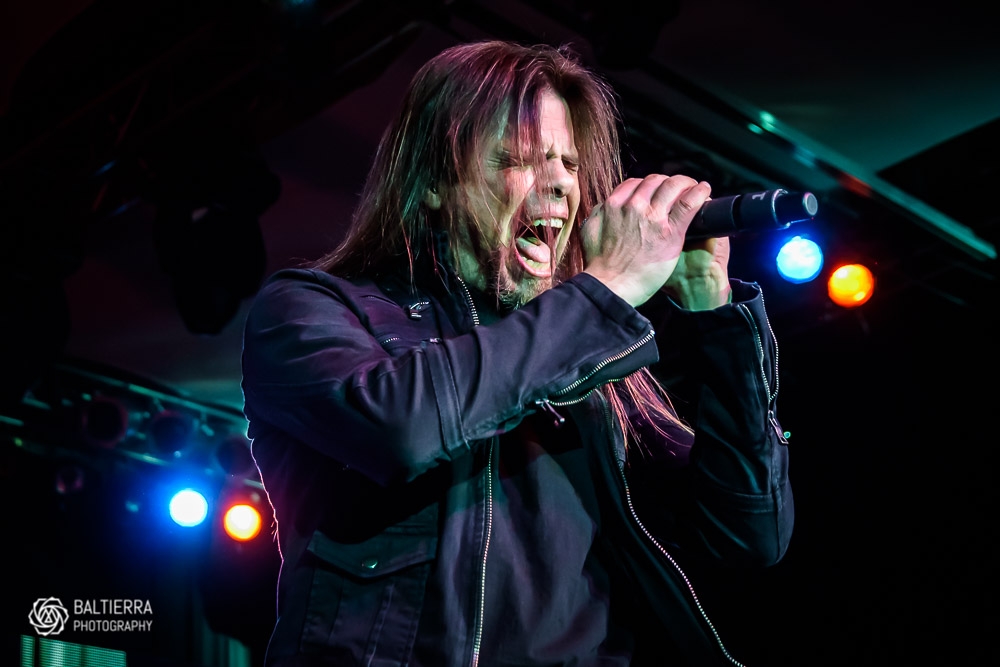 Local heavy metal heroes Queensryche performed an amazing show to a sold out crowd at the Snoqualmie Casino just outside of Seattle. It was the band’s second performance in the area within the last couple of months, and judging by the evening’s turnout and crowd reaction, seeing the boys at the top of their A game never gets old. This evening’s performance did not have an opening act, just a solid ninety minutes with one of the best live bands still performing, out of any genre of music.

As the lights went down and the crowd moved their way to either the front of the stage or to their seats, drummer Scott Rockenfield made his way behind his kit and started to pound out the rhythm of the intro music that was used to introduce the band. One by one, guitarists Michael Wilton and Parker Lundgren came out from behind the large LCD screens on either side of the stage. They were followed by bass player Eddie Jackson, and as the band launched into “Guardian,” singer Todd LaTorre made his way onstage, the audience shouting and singing along with LaTorre.

The band then proceeded to play many fan favorites, including “Operation: Mindcrime,” “Best I Can,” “The Mission,” “Silent Lucidity,” as well as going back in time and playing “Queen of the Reich” and “Take Hold of the Flame.” Of course, the band played material off their latest album Condition Human; “Hell Fire” and “Eye 9” were met with great appreciation by the fans.

Though their set list was very similar to their previous performance at the Showbox a few months ago (which was an excellent performance as well), on this evening the band sounded better and their timing was spot on.

There isn’t anything that can be said that hasn’t been said before – it was a high caliber performance and the band was in great spirits, showing that they still thoroughly enjoy performing to their loyal fans. If you haven’t had the opportunity to experience Queensryche live, it is highly recommended. The band will be taking a short break before heading out to participate in the Monsters of Rock Cruise in early February.

Encore
Screaming in Digital
Eyes of a Stranger