By Mike Baltierra on February 6, 2017@baltierraphoto 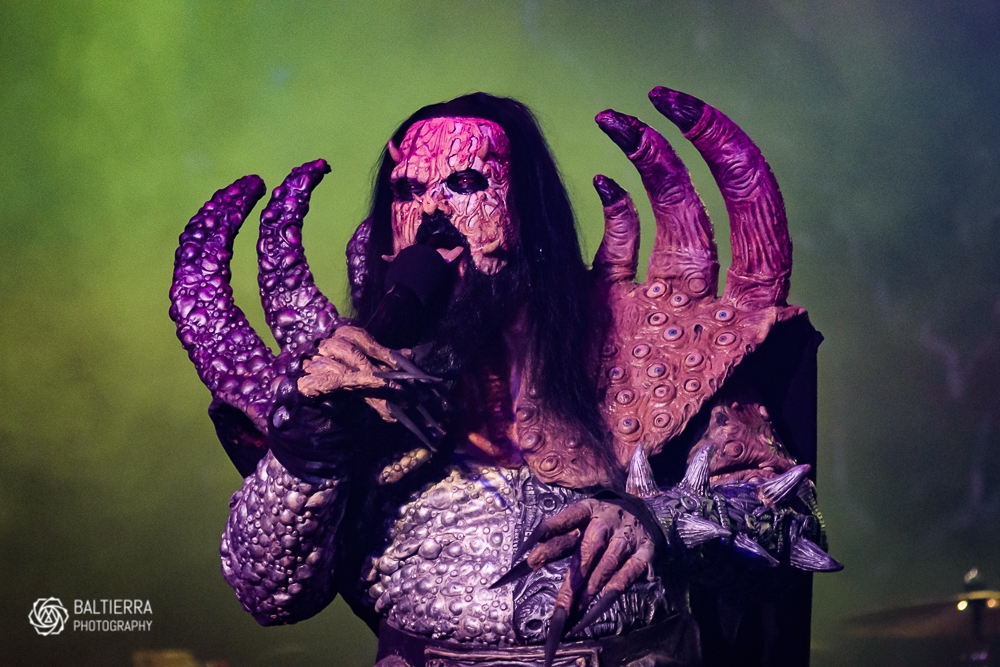 Finnish heavy metal band Lordi brought their Monstour to the Hawthorne Theater in Portland, OR. The band is currently touring North America in support of their Monstererophonic (Theaterror vs Demonarchy) album.

As the house lights dimmed, one by one the members of the band took the stage: Mana (drums), Hella (keyboards), OX (bass) Amen (guitar) and finally Mr Lordi (lead vocals). The band was introduced by Skeletor and started their ninety minute set with “Let’s Go Slaughter He-Man,” then proceeded to bust into “Babez for Breakfast.” The packed Hawthorne Theater crowd went crazy, immediately starting a mosh pit.

The band’s costumes, the music, onstage persona, theatrics, and musicianship made for an amazing performance. The audience kept pumping their fists as the band cranked out a set list filled with awesome songs.

The setlist included “The Riff,” “Hellbender,” “Bite It Like A Bulldog,” and fan favorite “Hard Rock Hallelujah.” The band had everyone in attendance singing along.  Though they have outrageous costumes and theatrics (which included the pope who tried to perform an exorcism on Mr Lordi during “Down with the Devil” and Mr Lordi sporting large spanned wings during “Devil is a Loser”), Lordi are excellent musicians who put on a flawless performance, albeit fun and entertaining. The band finished out their amazing set with “Who’s Your Daddy?” (as the crowd yelled “LORDI!”) and “Would You Love a Monsterman.”

Lordi put on a fantastic show, and the tour has just started, so it is highly recommended that you check them out when they come to your town.

Encore
Who’s Your Daddy
Would You Love a Monsterman