Home / Previews / Skillet is bringing the Unleashed Tour to the Showbox at the Market!

Skillet is bringing the Unleashed Tour to the Showbox at the Market!

By Mike Baltierra on February 15, 2017@baltierraphoto 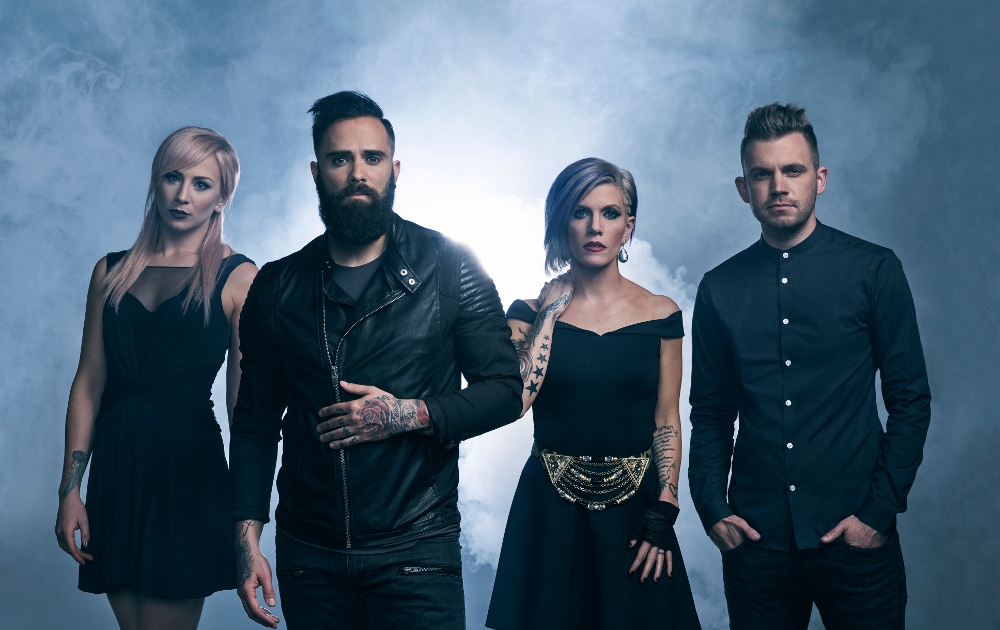 Hitting the road in support of their latest release, Unleashed, Skillet will be coming to the Showbox at the Market in Seattle on Saturday, March 4th. Supporting them will be the group Sick Puppies.

Unleashed is the ninth album released by Skillet, which is made up of John Cooper (vocals / bass), Korey Cooper (rhythm guitar / backing vocals), Jen Ledger (drums), and Seth Morrison (lead guitar). The album was released on August 5, 2016. The lyric videos for “Feel Invincible” and “Stars” were released on the band’s YouTube channel a few months ahead of the albums’ release.

The official video for the single “Feel Invincible” was released June 29, 2016, and had number three on the US Christian Rock charts and number 17 on the US Rock Charts. The World Wrestling Entertainment (WWE) used the single for their Battleground Pay per View Event.

On the band’s Facebook page, John Cooper explains that “Rise is the story of a typical American teen coming into adulthood and facing the massive world problem. Facing world problems as an adult is different from when you’re growing up and under someone else’s care. All of a sudden, you realize that the world is a dangerous place. It’s dark and scary, there’s acts of God happening, there’s war, there are all these terrible things, and you thinking, ‘How can I have hope in this place?’ But at the same time, you also think, ‘Even moving all those huge problems aside, I look at my own life and I’m not even comfortable with the things I can change. I’m fighting with my parents, my parents have split up, I’m here in this home getting yelled at all the time that I’m never gonna be good enough, and I’m starting to believe that I’m never gonna be good enough. I constantly fail myself, and I just want to have a reason to live. I want to matter, and I want to know that my life counts for something.’ “

On Rise, then, the message is both spiritual and social, as Skillet reaches out anew to its ever-growing, ever-changing following. “I think music should be bringing people together and bringing them hope,” says Cooper. “That’s what music does for me.”

Click here to get your tickets for Skillet’s show at the Showbox at the Market.