By Mike Baltierra on February 22, 2017@baltierraphoto 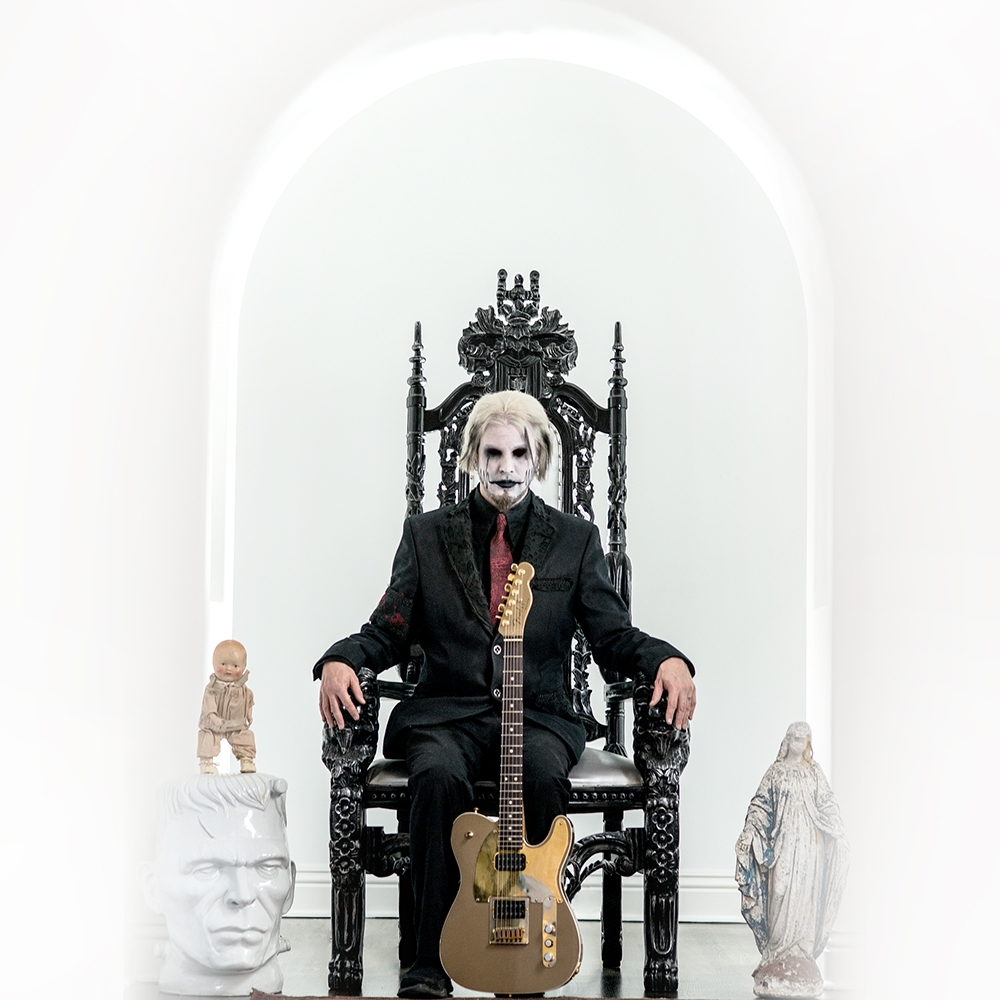 SMI contributor Michael Baltierra conducted a phone interview with hard rock/metal artist John William Lowery, who creates under the moniker of John 5. Topics covered were the upcoming release of John 5’s latest solo album, Season of the Witch, as well as his upcoming United States tour, influences, and what inspires him to constantly write new material.

SMI: You have a new album that is going to be released on March 3rd entitled Season of the Witch, which is also the same day you start your US Tour in Fife, WA, at Louie G’s Pizza. What was the thought process behind the album and the style of marketing that went into the album?

John 5: As a musician, primarily a guitar player, I am fortunate that I have the freedom to do what like from a creative standpoint. I love to experiment, and I do what makes sense at the time. For example, the music business has changed dramatically, from say the time we were younger, waiting to purchase records, waiting to hear singles on the radio and seeing advertising in magazines or on television letting us know when the our favorite artist will be releasing their latest album. With the increase and popularity of streaming services, I decided to do a different approach when it came to marketing of this album, Seasons of the Witch. I decided to release each track, one per month staring in January 2016, over the course of the year, as a video single on YouTube. The videos have generated over a million likes and has created a great buzz for this album.

SMI: Many people may know of you for your work with David Lee Roth, Marilyn Manson, and Rob Zombie. People may be surprised to hear the different styles of music that are presented on your solo albums. How has fan reaction been, and what type of fan reaction are you anticipating with the release of Season of the Witch?

John 5: When I started to play guitar, I was like everyone else, I wanted to be like KISS. Loved KISS growing up. Who didn’t? I remember when I was younger, taking a flight that was just horrible. It was a very horrible and scary experience. I decided that I would be a session musician because I didn’t want to travel, especially by airplane. I also learned as much as I could. So I moved out to California and I was able to get session work and make some money. I was happy and content. Then I was approached to play guitar for a band that was getting ready to tour, and I initially thought about turning it down, until I was told we were going on the road with KISS. Needless to say, I jumped on the opportunity. As time went on, different bands were looking for a guitarist, and I have been fortunate enough to play with some outstanding musical acts.

When I started to do my solo work, I wanted to be different. I wanted to be who I am and I wanted to play the types of music that I love to listen to – whether it’s rock, blue grass, jazz, funk or the blues; everything was different, but people were really digging what I was putting out. They could tell it wasn’t fake and it was from the heart. It has been all about the love of playing guitar, and I expect the fans to really enjoy Season of the Witch, just as they have enjoyed my previous releases. So I am very excited. It’s also for me to remain humble, to put on an honest performance for the fans, and to shake their hands and let them know how much they mean me.

SMI: Going back to the topic of your video singles on YouTube, do you see this as a trend that more and more bands and musicians may utilize to help with 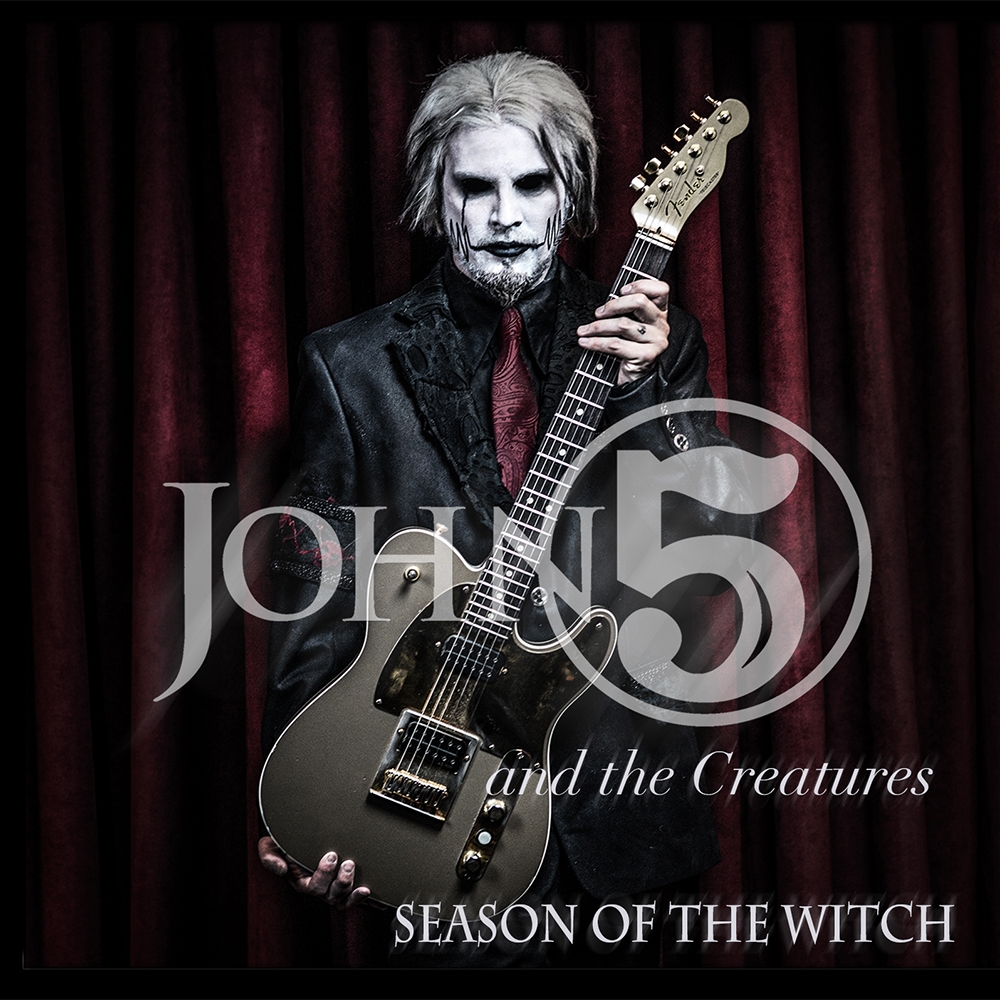 John 5: Everything is on YouTube. Tell someone “hey, go check out this band” and they first thing they do is check them out on YouTube. Everyone is watching music videos. It’s easy compared to going and buying a CD. I don’t foresee things reverting back to the way they were, in regards to recording and promoting. With technology ever evolving, things can get in front of people faster.

SMI: You are starting the tour in Fife, WA, and with subsequent dates, you are having local bands opening your shows. Was this intentional?

John 5: I love playing, and I love checking out what unsigned local talent may be out there. I also enjoy meeting new and up and coming bands as well. They put their heart and soul into their performance, and not only are the fans going to benefit, but the bands get to play to a potentially larger audience or have made new fans, and I get to see what is out there and I have seen some really great talent. It’s a win-win scenario for everyone.

It’s guitar music, which is why you’ll see this type of show in a smaller venue or club as opposed to larger venues and arenas.  I love to have fun and the crowd can see that. If I didn’t love it, I wouldn’t do it. I love it when I see musicians such as Zakk Wylde or Paul Stanley tour as solo artists and play smaller venues, knowing that they can also play and sell out larger venues with the bands they record and tour with.

It was on purpose to start this tour in the Seattle area. Not many bands start there, or even make their way up to there to Seattle. We start in Seattle and work our way down. I love Seattle.

SMI: Any indication on how ticket sales have been?

John 5: Ticket sales have been great. Lots of fans have been saying they are coming out and they are showing it by getting their tickets. It’s going to be an awesome show, with lots of theatrics. It’s not just going to be me on guitar, sitting in a chair twanging and strumming – it’s going to a visual show as well. It’s going to be similar to an Alice Cooper show, great music along with great theatrics to make for an all-around assault on your senses.

SMI: What’s a typical day like for you while on the road?

John 5: Before each show, I love doing the meet and greets and meeting the fans. I love spending time with the fans, which is very important. They are the reason why I can keep doing what I love to do and they spend their hard earned money to come see me perform. Also, prior to performing, I love to sit back stage, watch some movies and play my guitar, though that may be a little harder in smaller venues, because they may not have accommodations for that. I love this pre-show ritual, if you will, because it reminds me of my childhood and growing up. Growing up with my parents, sitting in the living room, playing guitar. It’s very nostalgic for me.

We have added a few more dates to the middle and end of the tour. So, the beginning will have some dates with 2-3 days in between, that’s kind of like the break in period. Since we don’t have a singer, we don’t have to worry about someone blowing out their voice. But about the third week in, we will be hit it hard and it’s going to get brutal. It’s going to be a tremendous tour, and I can’t wait to get out there in front of the fans and play for everyone.

SMI: Thanks John for taking time out of your busy day. We shall see you March 3rd at Louie G’s Pizza!

Tickets for the March 3rd show at Louie G’s Pizza can be purchased here. Opening this show will be Mechanism and Blue Helix.

Tickets for the March 4th show at Tony V’s Garage in Everett, WA can be purchased here. Opening this show will be Witchburn, Sin Circus and LB!

Related ItemsArtist interviewFeatureFife WAJohn 5John 5 and the CreaturesLouie G's PizzaMike BaltierraSeason of the WitchSpring Tour
← Previous Story Skillet is bringing the Unleashed Tour to the Showbox at the Market!
Next Story → Leava: ‘Caffeine & Fashion’ premiere