By Mike Baltierra on March 6, 2017@baltierraphoto 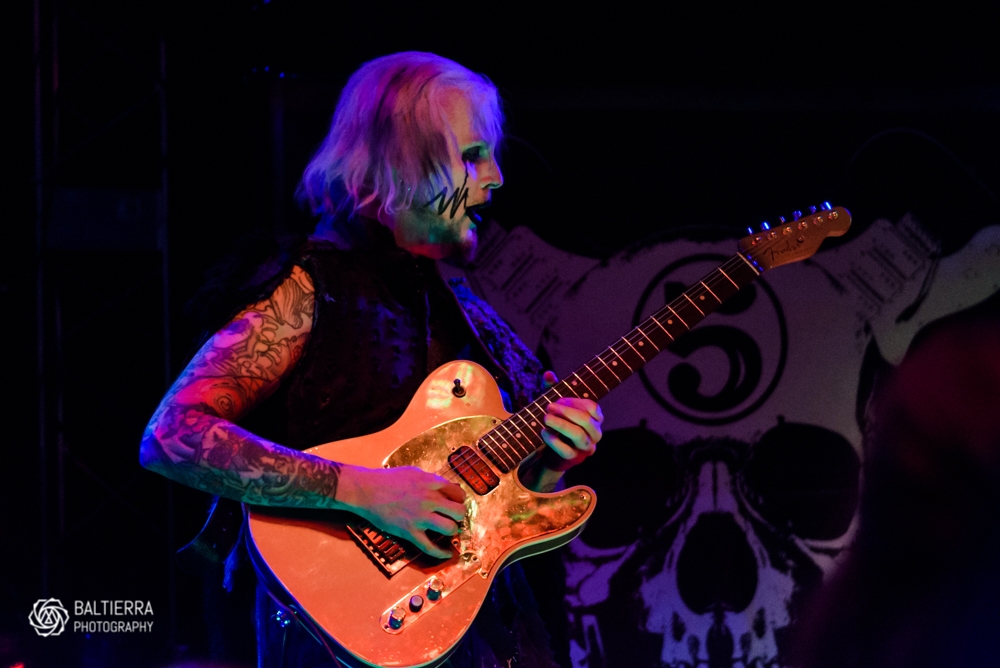 Guitar player extraordinaire John William Lowery, who creates and performs under the moniker John 5, kicked off his Seasons of the Witch US Tour at Louie G’s Pizza in Fife, WA. The venue was completely sold out, with many turning up early to try and grab a spot near the stage for the evening’s standing room only performance. The start of the tour also coincided with the release of the album Seasons of the Witch.

John 5 and the Creatures, who consist of Ian Ross on bass and Rodger Carter on drums, took the stage and played a ninety minute set of nothing but instrumental guitar music. They wasted no time and started the evening with the scorcher “Flight of the Vulcan Kelly” before proceeding into “Six Hundred and Sixty Six Pickers in Hell.” As if the audience wasn’t crazy enough, they went into overdrive as “Here’s to the Crazy Ones” was played.

John 5 and the Creatures played a set that focused mainly on Seasons of the Witch. John 5 played a see through Fender Telecaster that was illuminated with a large number of white LED lights as the band played an instrumental version of Michael Jackson’s “Beat It” as well as an amazing instrumental medley that featured such great bands such as Van Halen, Iron Maiden, Metallica, Rob Zombie, Slayer, Kiss, Rush, Marilyn Mason and Rage Against the Machine.

John 5 and the Creatures put on a clinic, playing amazing rock and roll and making it look easy. It was very evident that the band loved playing and had a very good time performing intricate chord progressions.

Acting as direct support for John 5 and the Creatures were Tacoma, WA’s heavy metal favorites, Mechanism. No matter where they play or who they are playing with, Mechanism always puts on a stellar performance. Their loyal fans (known as the Legion of Mech) packed the venue, which made this performance that more special and enjoyable. If you don’t know Mechanism, check them out. They have the potential to be huge.

Getting the evening started with a solid, albeit short, set where Puyallup, WA’s Blue Helix, who were also a great fit and a perfect fit to get the night started. Find this band and follow them, they are destined for great things ahead.