Shelby Earl Takes Her Rightful Place In The Light 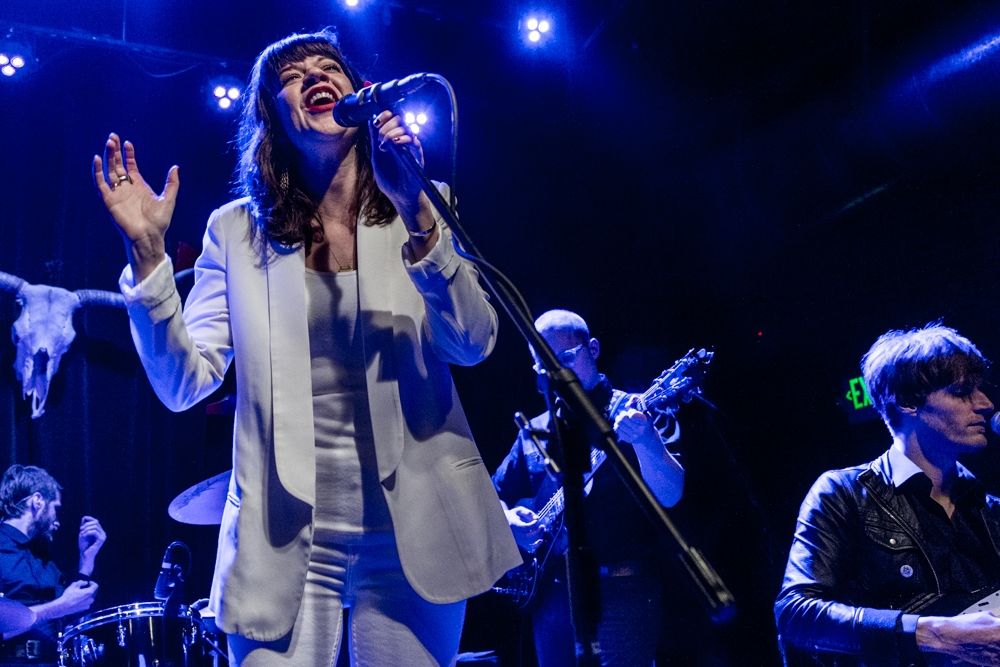 Local singer-songwriter Shelby Earl may have one of the best voices in town, but it is her unapologetic songwriting that takes that voice and wraps it up in a pretty perfect bow. Earl may well be the whole package, and she’s out to prove it with the impending release of her third full length, The Man Who Made Himself A Name, out Friday, March 10th. Earl hit the stage of Ballard’s Tractor Tavern for her album release show, and brought all her friends along for the ride.

The night kicked off with the no-frills songwriting duo of Planes on Paper. Navid Eliot and Jen Borst, along with Eliot’s guitar playing the third wheel, are so interconnected on stage it’s almost like you’re intruding on a private conversation. Their impeccably-crafted harmonies are a joy to hear performed live, when you can see their subtle interactions, reading each other with care and appreciation. They got some assistance from Mikey Gervais (Mikey & Matty) on harmonica and joked, as they fumbled for the next thing to play, that they should have made a set list. But off the cuff, they were as humorous, touching, and talented as ever.

They were followed by a fiery performance from Silver Torches. Born of Erik Walters, but performing as a full five piece, the band came out ready to party. They took the vibe in the room up a notch with their anthemic Americana. It was pop rock with a rasp, rootsy guitars with a bit of funk. The band members were having a ball on stage, engaging with each other and the crowd, while Walters sang of love, heartache, and drunken existentialism, his voice raspy and clear.

This was the perfect lead in to the family affair that was Earl’s set. On a stage crammed tight with instruments, Earl’s band – made up of a who’s who of local talent including Eliot, Erik Howk, and Matt Batey – took their places, all dressed in black. This left all the light in Earl’s court as she glowed center stage, all in white, a standout before she even opened her mouth.

But then she did. And what came out, starting with the pure vocal opener, “What Am I To Do,” was spectacular. Earl, having garnered critical praise for her first two albums, has taken her autobiographical tracks and reframed them in the name of new characters, new observations, and the human condition. And you’ll believe every word. Her vocals were uncompromising, from a folksy whisper to a new rock and roll edge, while the band brought the beats to life.

Produced by Martin Feveyear, Earl’s new album takes a new upbeat, edgy turn, and her confidence in where she’s at was clear during her performance. Tracks like “Call Her Mercy” and “The Vapors” were rollicking, and she turned typically heavy lyrical matter into feel good tunes that had the room dancing and singing along.

Earl brought up collaborator Josiah Johnson (The Head and The Heart) for their album duet “Like I Do,” which also featured a little violin assist from Grammy winning Andrew Joslyn. Earl’s voice stunned the room all night, strong in its vulnerability and tender in its joy. Her new material felt like a gut punch of emotions, and the venue felt like the party Earl deserved.