The Bound by the Road Tour Wraps Up In Seattle

By Mike Baltierra on March 11, 2017@baltierraphoto 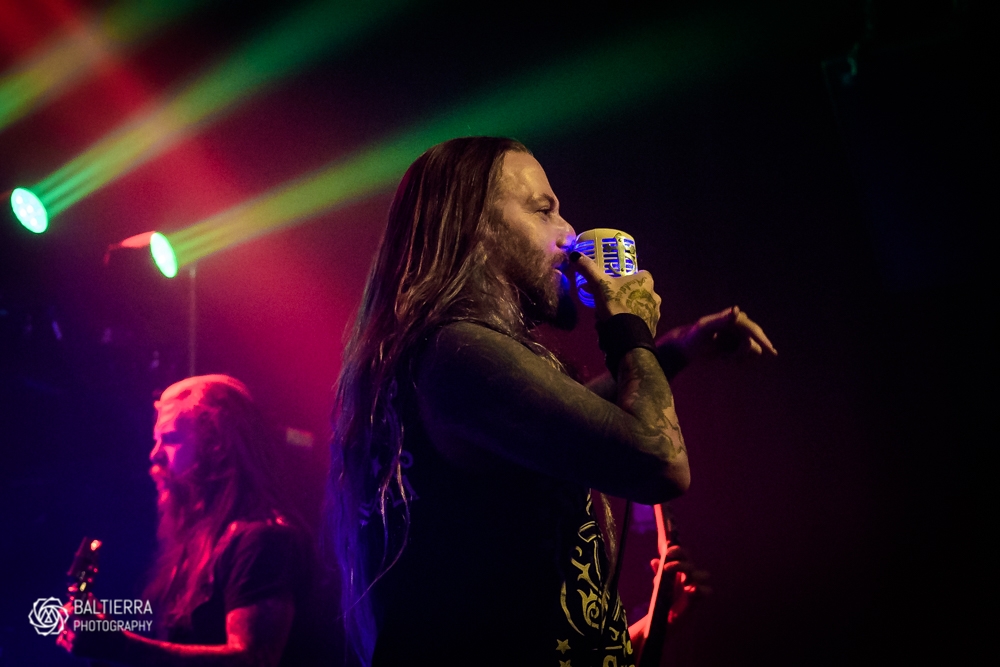 On a cold Sunday evening, a large crowd made their way to Studio Seven to witness the Bound by the Road Tour, which had made its way across the United States (with few stops in Canada) with its last night being in Seattle.

Getting the evening started were Australia’s Azreal, who got things rolling with their style of heavy groove metal. They were tight, sounded great, and put on a solid performance that won them over a new slew of fans who may have not heard of them before this evening.

Next were Canada’s The Agonist. The lights dimmed, and with the background tracks coming through the sound system, the crowd started to get restless. The band played with a serious amount of energy and got the Seattle crowd hooked on their style of extreme metal. The Agonist is made up of vocalist Vicky Psarakis, guitarists Danny Marino and Pascal John, bassist Chris Kells, and drummer Simon McKay. The band played a quick set, which included “You’re Coming with Me,” “The Villain,” “The Anchor and the Sail,” and “Gates of Horn and Ivory.”

San Francisco Bay Area thrash metal legends Death Angel had the crowd waiting impatiently. As the band made their way one by one to the stage, drummer Will Carroll, bassist Damien Sisson, guitarists Ted Aguilar and Rob Castevany along with vocalist Mark Osegueda, got the frenzy started with “The Ultra-Violence / Kill As One” before proceeding into “Evil Priest,” “Claws So Deep,” “Left for Dead,” “Father of Lies,” and “Caster of Shame,” all played with tenacity and ferocity.  Osegueda thanked the crowd for coming out, then proceeded to tear through “Thrown to the Wolves” before ending their amazing, albeit short, set with “The Moth.” It’s hard to believe that this band has been around for the better part of 35 years (not including a ten year break). They are still putting out solid albums and putting on solid performances.

The tour was headlined by California’s DevilDriver, whose members are Dez Ferrara on vocals, Mike Spreitzer and Neil Teimann on guitar, Diego Ibarra on bass and Austin D’Amond on drums. DevilDriver have been touring almost non-stop since last summer in support of their latest release, Trust No One. With multicolored lights and logs of fog filling the club, the band kicked it into high gear, opening with “End of the Line” before rolling right into “Not All Who Wander Are Lost” and “Grinfucked.” Ferrara was frantic as he paced across the stage while singing into his vintage, multicolored illuminated 55SWG microphone. Drummer D’Amond and bassist Ibarra performed exceptionally well together as the rhythm section, and guitarists Spreitzer and Teimann were also moving from one side of the stage to the other, their frantic playing spot on. The band barely took any time to come up for air, and Ferrara kept the in between song talking to a minimum so that the band could keep on tearing through their set. DevilDriver played many fan favorites: “I Could Care Less,” “My Night Sky,” “Clouds over California,” and a killer rendition of AWOLNATION’s “Sail.”

All of the bands put on solid performances. It was a great ending to an awesome tour package that left everyone happy and feeling that they got their money’s worth.