Home / Reviews / National / Global Artists / Circa Survive at the SoDo

Circa Survive at the SoDo

By Christine Mitchell on March 13, 2017@Housetornado37 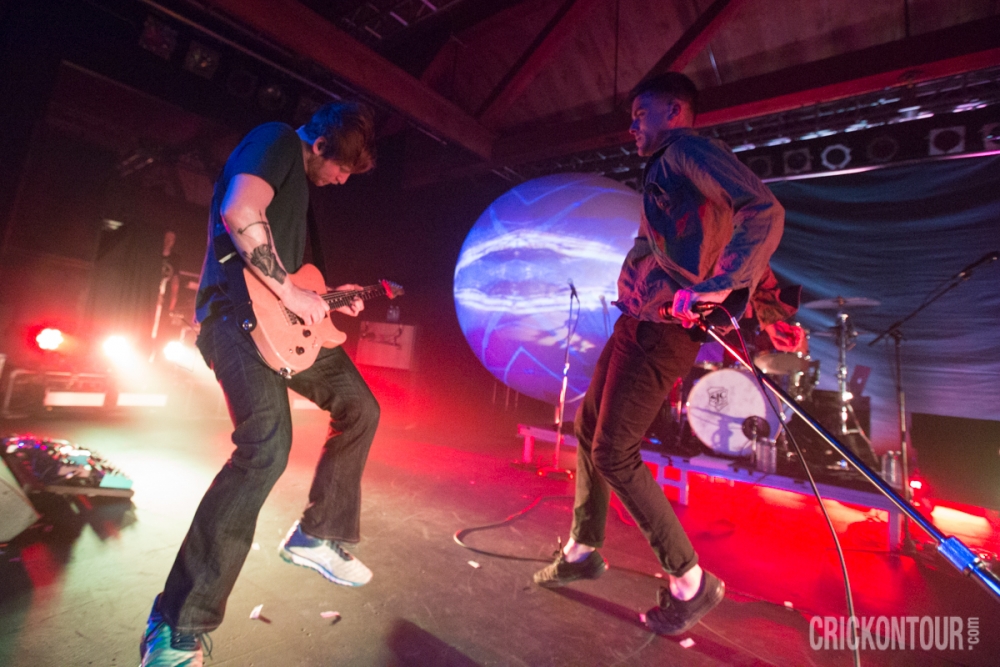 A sold out Showbox SoDo played host to a slew of PNW flannel, beanies, black hoodies, and Circa Survive, who are celebrating the ten year anniversary of On Letting Go with a US tour. Their Seattle stop featured confetti, mic petting, and a high energy set for the Philly-based rock outfit.

The night started off with the intense jams of mewithoutYou, a band that explores issues of faith through spoken word passages and metal leanings in instrumentation. Lead singer Aaron Weiss focused his performance around his mic stand, at times leaning against it for support and at others dropping to his knees. At other times he took the mic with him as he spun and twirled, ferociously belting out lyrics. Drummer Rickie Mazzotta looked to be having a great time, delivering high energy hits across his entire kit. The band even brought some friends on stage to groove at one point in the set, including a child riding on his father’s shoulders while his mother played maracas and danced with the couple’s other child. It was a smile-inducing moment.

Between bands, the crowd became riled up on the high of the classic hip-hop song “Jump On It,” cheering during stage setup as two large white spheres were revealed, one on each side of the stage. A high energy performance ensued, and the entire venue sang along to every word of Circa Survive’s set. The band’s music may be emo-esque (a milder version of At The Drive-In?), but the vibe across the room was of a collective freakout. Colors and patterns were projected onto the giant spheres as vocalist Anthony Green tore all around the stage, often yarding the entire mic stand around with him. Meanwhile, guitarists Colin Frangicetto and Brendan Ekstrom constantly posed at the lip of the stage as lights flashed all around them. Confetti flew across the room. Green finally ditched his mic stand, only to focus on the mic itself: was he petting it? Castigating it? It was strange, yet fascinating, and the fans loved every minute of it.

Christine Mitchell has been poring over album liner notes pretty much since she acquired the skill of reading, and figured out the basic structure of rock songs at an early age. Whether it’s the needle popping into the first groove of the record, the beeps that signal the beginning (or end) of a cassette tape, or digital numbers ticking off the seconds from zero, music brings Christine happiness, ponderous thought, opportunities for almost scientific study, and sometimes a few tears. When she started attending live shows two decades ago, a whole new piece of the puzzle clicked in and she has been hooked ever since.
Related ItemsAlex CrickCirca SurviveFeatureMeWithoutYouShowbox Sodo
← Previous Story The Bound by the Road Tour Wraps Up In Seattle
Next Story → Duke Evers Live on Band In Seattle