By Mike Baltierra on March 14, 2017@baltierraphoto 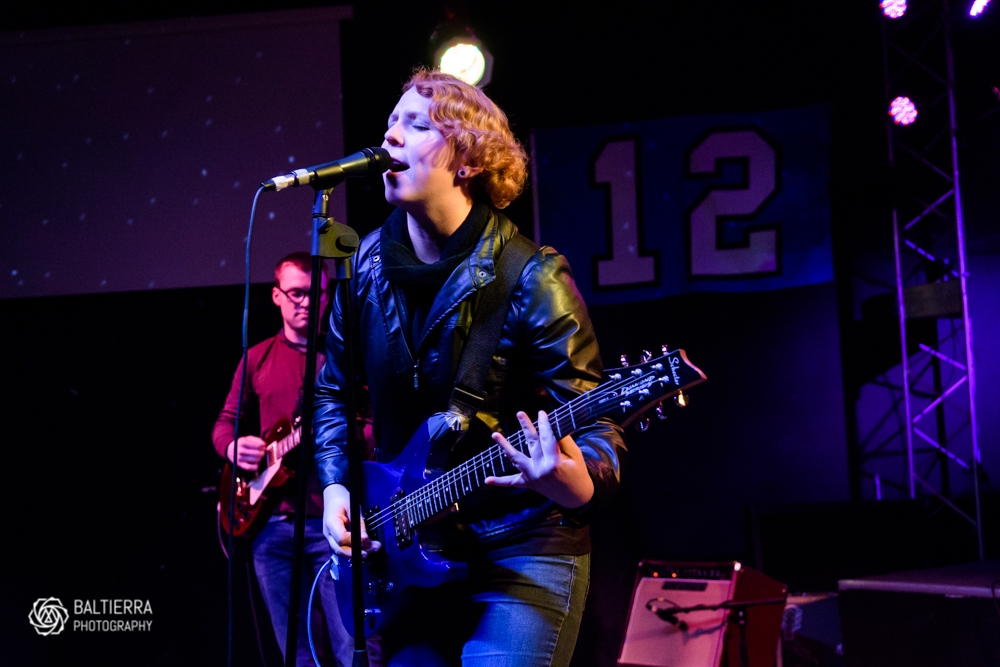 Louie G’s Pizza was the place to be once again, to not only spend a Friday evening getting some great grub with some great people, but to also to check out some great local music as Primary Pulse picked the venue to host their EP release party. Also on the bill for the evening was Downglow and solo artist Xolie Morra.

Getting the evening started was Xolie Morra, performing an amazing thirty plus minute solo acoustic set. With her powerful voice and folky style of playing, Morra was a great selection to be the opening artist for the evening. What made her performance even more amazing is that she is autistic. It is awesome seeing someone overcoming challenges to get on stage and perform.

Downglow, a four piece rock band who call Kent, WA, their home base, performed an hour long set of original music that focused on elements of modern rock as well as some influences of classic rock. They band played a scorching rendition of Fleetwood Mac’s “The Chain.” Downglow did an exceptional job of getting people out of their seats and onto the dance floor to shake and move to their rocking sounds.

Primary Pulse, who is based out of Federal Way, WA, is made up of Sabrina Littleton (vocals / guitar), Jay Bobert (Lead Guitar), Will Smith (bass), and Grace Hansmeier (drums). The band were celebrating the release of their self-titled six track EP. Primary Pulse, playing smooth, mellow and melodic rock, have a sound that is very similar to Concrete Blonde. It’s spooky that during their song “Factured,” singer Littleton sounds very much like Concrete Blonde’s singer Johnette Napolitano. They performed several songs off their EP. “Crutch,” “Collide,” and “Platypus”, were all very good, low tempo songs. The band did their have their rocking and funky moments, however, especially during the song “Derelict Vessel.”  Primary Pulse put on a solid performance, and, judging by those in attendance, the EP release show was a huge success.

Again, it was a great evening checking out some very talented local musical acts at the premier venue that showcases local talent, Louie G’s Pizza. You can listen to Primary Pulse’s EP on the band’s Reverb Nation page, or you can purchase on iTunes, or on Amazon Music.