By Mike Baltierra on March 15, 2017@baltierraphoto 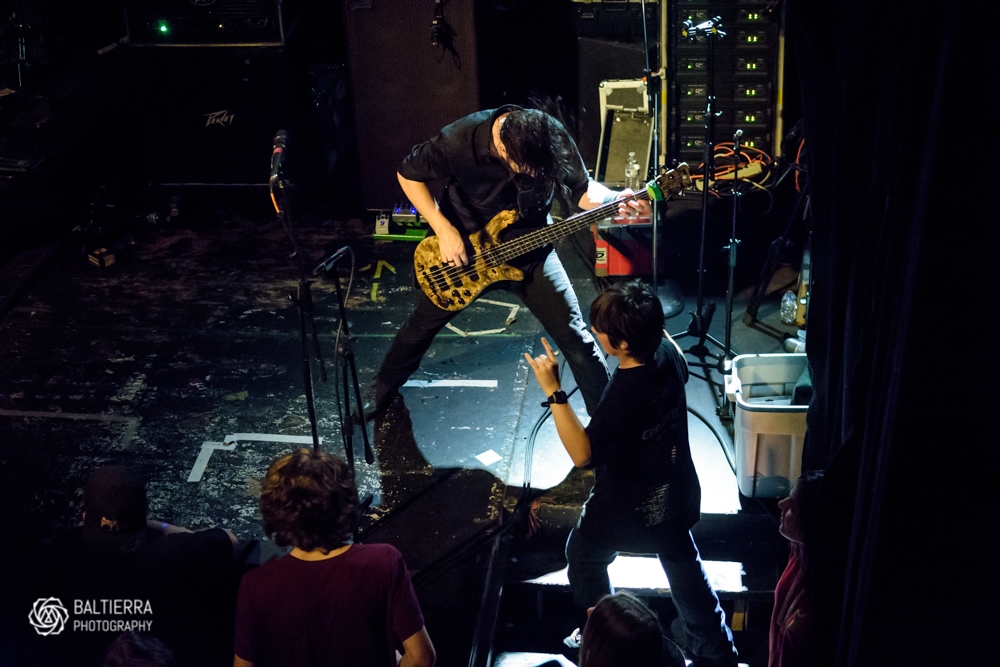 Denver based thrash metal band Havok made a stop at a packed Studio Seven in Seattle during their current world tour. The band is touring in support of their latest release, Conformicide, which dropped on March 10 via Century Media Records.

As the house lights dimmed and a narrative of George Orwell’s novel 1984 came through the sound system, the band, which is made up of David Sanchez (guitar and vocals), Reece Scruggs (lead guitar / backing vocals), Nick Schendzielos (bass), and Pete Webber (dums), made their way onto the stage as the audience chanted “HAVOK! HAVOK! HAVOK!” from the top of their lungs. The band launched into their popular track “Point of No Return” off of their 2012 EP of the same name. Without pausing the band then jumped right into “Claiming Certainty” and “Hang Em High” off of their latest, Conformicide. Havok ripped through an hour long set that was full of pure adrenalized American thrash metal. Not a single person could be found standing still. Everyone was either head banging or thrashing their way through the enormous circle pit that filled most of the club’s floor area. The band finished their set with “From the Cradle to the Grave.” Sanchez then thanked “SODO SEAWA” for making out on a Monday night. The band put on a killer performance that should not be missed.

In direct support were thrashers Warbringer, who hail from Southen California and have just recently released Woe to the Vanquished. The band consists of John Kevill (vocals), Adam Carroll (guitar), Carlos Cruz (drums), Jessie Sanchez (bass), and Chase Becker (guitars). Warbringer was on full throttle from start to finish. The fans showed their appreciation by head banging and singing along. Kevill asked the Studio Seven crowd to form a wall of death (where the crowd splits into two and runs towards each other) and they were more than happy to oblige.

Los Angeles area based Exmortus is currently on the road in support of their album Ride Forth. The band is made up of Jadran Gonzalez (vocals / guitars), David Rivera (guitar), Phillip Nunez (bass), and Mario Mortus (drums), and they played a scorching set that put a foot on your throat and did not let up until after the last note was played. The entire club was in a metal frenzy.

Also from Los Angeles, Thrown Into Exile is a five piece metal band who released their debut full length album Safe Inside in 2016.  The band is made up of Mario Rubio (guitars), Henry Derek (vocals), Ray Sanchez (guitars), Dave Corsile (bass), and Zac Morris (drums). They performed a quick 35 minute set, and they were an excellent fit as the support act for this incredible lineup.