Wrabel And The Triple Door’s Steinway 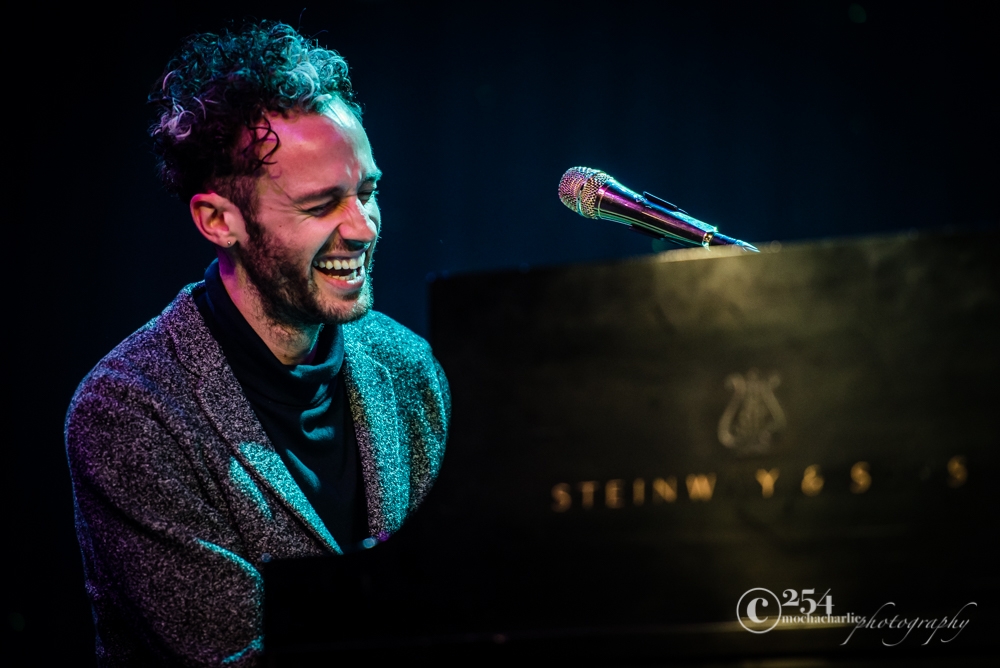 Wrabel showed off his singing and songwriting talents from behind the jet black Steinway on stage at  The Triple Door this week as he made a stop in Seattle on his current tour. He was most recently here last September, when he opened up for Gavin DeGraw and Andy Grammer at The Washington State Fair. With a very short set back then, he was only able to give those for whom he played a small glimpse into his musical talents. His current tour is the complete opposite of that.

This time, Wrabel captivated the audience for almost two hours, alone on stage, from behind the Steinway. Not only by singing and playing songs, but also by telling numerous life stories, including a variety of quick witted jokes about who he wrote his songs for and about (he is quite the comedian at the keys). He packs it all together in a highly thought provoking way, showing his own vulnerabilities within his music. He’s enjoying his musical career amidst heartbreaks & hangups of his own, realizing that getting over it means buying yourself a Tiffany ring, or two, because “why not?” His performance included songs off his debut EP Sideways along with his latest single, “Bloodstain,” and he gave fans a sneak listen to some of his upcoming singles. He expects to release another short EP later this spring and a full length album by the end of the year.

Joining Wrabel for a few of his west Coast dates was Molly Kate Kestner. Her Triple Door debut was only the second show on her first ever tour, and her first time in Seattle. The audience took quickly to her sweet, genuine presence on stage, encouraging her to tell stories about her original songs. Emily Moore, (who you might recognize from her performances with Rachel Platten and the band fun., to name a few), accompanied her on stage, playing both the guitar, and electric keyboard, and also adding some backing vocals.

Kestner’s music career has escalated thanks to her increased fanbase and increasing number of views from her debut single, “His Daughter”, which has an astounding nearly 15.4 million views on YouTube. She has yet to release a full EP; however, in the past 4 months, she’s released two very well received singles, “Good Die Young“(which she began writing when Prince died, and became her way of dealing with his death and providing a tribute to musicians of the music community lost in 2016) and most recently “Prom Queen.”

Mocha Charlie is an amazing photographer who has a real passion for music. She covers and shoots several shows per month in and around the region. She a brilliant photo journalist but most importantly, she is also a mother who does her best to balance out her life and live it to the fullest. Mocha Charlie uses her passion and talent to support the community, her friends and family any way that she can.
Related ItemsConcertDowntown SeattleEmily MooreFeatureheather fitzpatrickMocha CharlieMolly Kate KestnerMusic venueReviewThe Triple DoorWrabel
← Previous Story Seattle Secret Shows: Andrew Joslyn’s Musical Journey
Next Story → Oliver Elf Army celebrates ‘Telescope’ EP release