Home / Community / #WeRideWhy benefit with The Gods Themselves

#WeRideWhy benefit with The Gods Themselves

By Christine Mitchell on March 30, 2017@Housetornado37 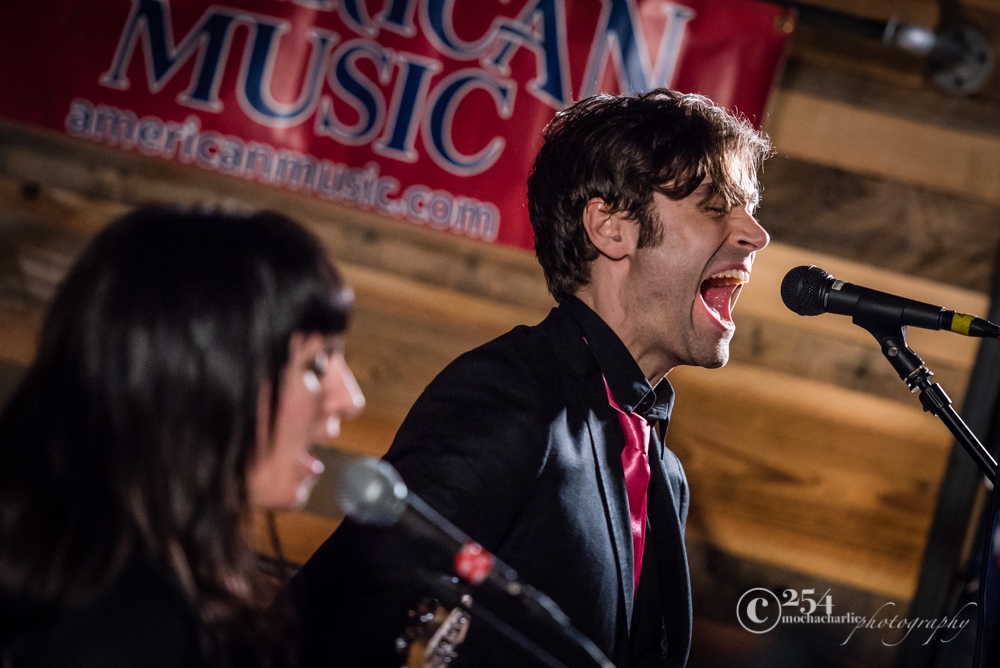 Métier was filled with emotion, determination, and rock ‘n’ roll on Saturday night as The Gods Themselves performed two sets at a benefit show. Put on by Seattle Secret Shows, the benefit was for Team #WeRideWhy, which is not only a group of cyclists taking on Obliteride to raise funds to cure cancer, but is also the name of a documentary project by SMI founder Greg Roth and SMI partner Jason Tang.

Métier was the perfect venue choice with its exposed ceiling beams and warm, woody ambiance paired with bicycles hung from the rafters. The charming space filled with folks blew in from the chilly outdoors to grab a beverage, chat, and purchase a few raffle tickets. After everyone had time to acclimate and relax, Roth took the opportunity to thank everyone for coming out and explain his very personal reasons as to why he is determined to raise funds for Fred Hutch. Emotions ran high as a video clip from the forthcoming documentary was shown that outlined the loss of Roth’s mother Judy to cancer when she was just 31 and Roth ten years old. It also told the stories of Jenny George and Ashley Berg, mothers who are currently battling the disease and were also present that night. Not a dry eye was left in the house. You can watch the video below:

After this powerful, moving moment, The Gods Themselves began to rock. The band had just come from a live session at KEXP and were firing on all cylinders. Guitarists and vocalists Astra Elane and Dustin Patterson traded guitar tones and singing duties as they hammered through a double set of retro, eighties-tinged material that also featured a cover of Ginuwine’s “Pony.” They’ve just recently released their third album, Be My Animal, and heads were bobbing along to new songs such as “So Hot” and “Tech Boys.” The Gods Themselves started off rather stoically, yet as the night went on they loosened up and started to let smiles loose and take advantage of floor space, rocking out with each other and jumping in place. Their performance was confident and sexy, and the room enjoyed it.

Did you miss this show? If you feel feel compelled to donate, you can download the Obliteride Mobile App and donate to Team #WeRideWhy directly. Also, you can make a donation or ride with Greg’s team for Obliteride 2107, taking place August 13 – Click Here.

You, too can help to ensure that mothers, fathers, and children never again have to deal with the ravages of cancer.

Christine Mitchell has been poring over album liner notes pretty much since she acquired the skill of reading, and figured out the basic structure of rock songs at an early age. Whether it’s the needle popping into the first groove of the record, the beeps that signal the beginning (or end) of a cassette tape, or digital numbers ticking off the seconds from zero, music brings Christine happiness, ponderous thought, opportunities for almost scientific study, and sometimes a few tears. When she started attending live shows two decades ago, a whole new piece of the puzzle clicked in and she has been hooked ever since.
Related Items#CureCancerFaster#weridewhyAshley BergAstra ElaineFeatureFred HutchGreg RothJason TangJenny GeorgeMetierObliterideSeattle Secret ShowsThe Gods Themselves
← Previous Story Seattle’s Newest Music Venue? Welcome to Métier
Next Story → The Ballroom Thieves: SSS Goes Back To The Living Room