Ends of the Earth Tour comes to Seattle

By Mike Baltierra on April 10, 2017@baltierraphoto 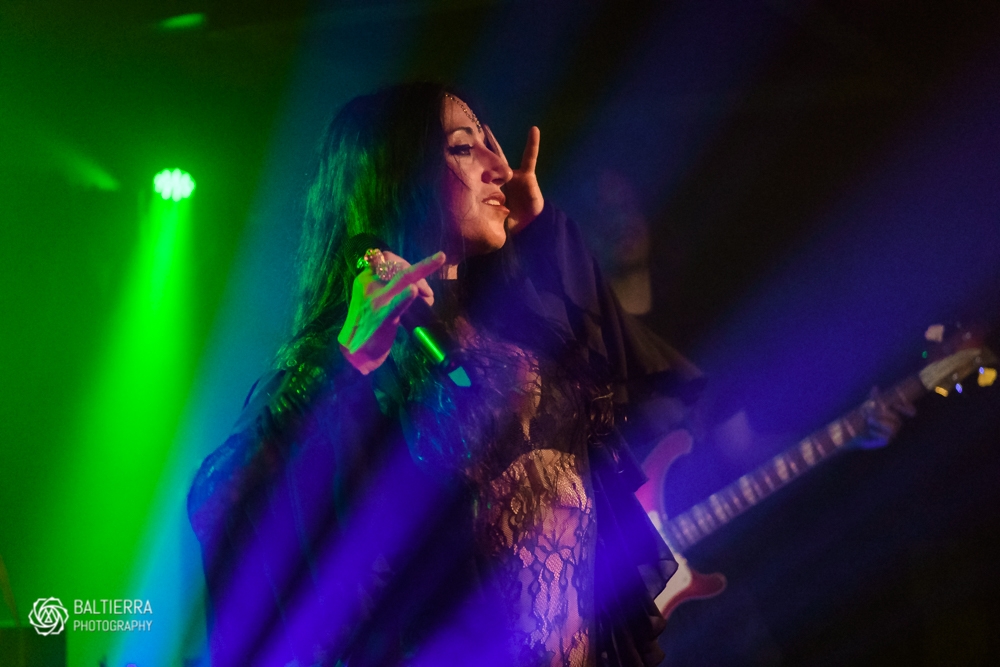 Vajra at To The Ends of The Earth Tour at the High Line (Photo: Mike Baltierra)

For their To The Ends of The Earth Tour, KrashKarma and Vajra teamed up to do a four week tour across the United States, making a two day stop in Seattle at the Columbia City Theater on April 6th and 7th, which had both bands playing acoustic sets. Having never been to Seattle previously, the two bands decided that they were going to perform at least one electric set while they were in town. So, after their respective sets on the 6th, both bands, along with local favorites Sin Circus, made their way over to the High Line in Seattle for a killer night of music.

KrashKarma, who are a two person band made up of Ralf Dietel (guitar / vocals) and Niki Skistimas (vocals / drums), kicked off the evening with high energy and solid rock. With Dietel’s custom made “Franken Guitar,” which was designed to provide the sounds of not only the electric guitar but also of the bass, along with backing tracks and Skistimas’ awesome drum playing, KrashKarama sounded awesome! Everything sounded superb and the songs were played exceptionally well. The highlight of the evening was “9 Lives,” which is super crunchy and heavy live.

New York’s Vajra closed out the evening with their brand of spiritual melodic rock. The band is made up of Annamaria Pinna (vocals), Dave Sussman (guitar), Adam Louis Klein (bass), and Shu Inaba (drums / percussion). The band’s stage setup was adorned with candles, incense, moody lights, and fog to mimic a temple, which seems to be the theme that the band tries to convey. The music was melodic, dark, hypnotic, moody, progressive, and at times, hard hitting. Vajra was great as well, but they definitely bring a different element than that of KrashKarma. On paper it seems like an odd fit, but both bands complemented each other very well.

Local favorites Sin Circus provided support for the evening. Their high energy heavy metal was a great balance between KrashKarma and Vajra. Derek Unger (bass / vocals), Devon Unger (guitar / vocals), Alex Black (guitar), and Chase Hilte (drums) performed a tight set showcasing their powerful lead vocals and vocal harmonies, killer guitar riffing and pounding drumming. The band has played with various musical acts of many different genres, and they did an exceptional job playing on short notice. They get better with every performance.