Radiohead Looks Seattle In the Eye 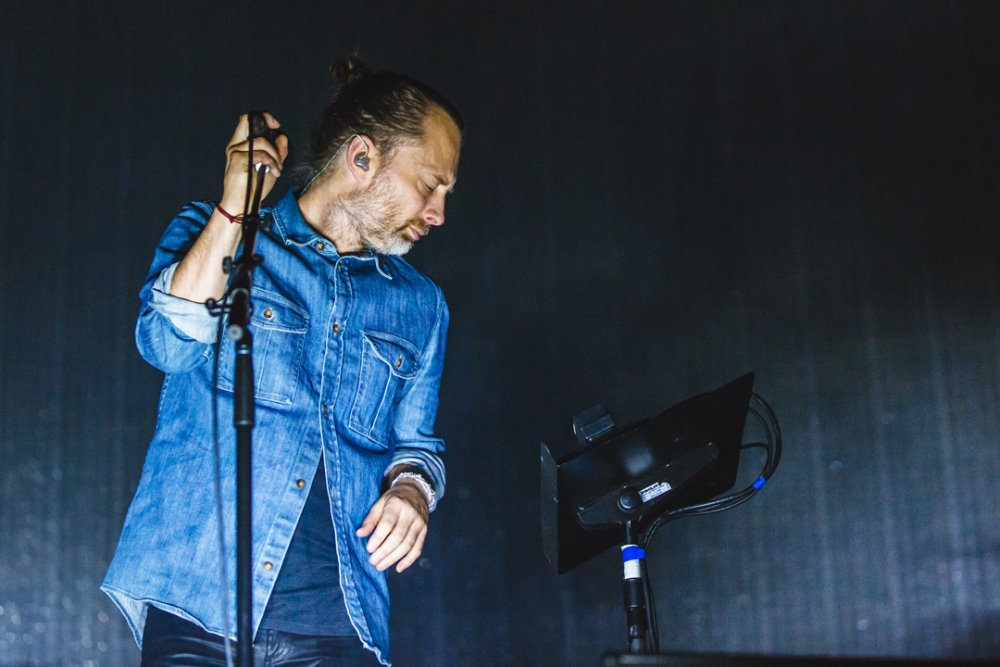 Did Thom Yorke just look me in the eye? Is the entire white population of Seattle in KeyArena right now? How tall is he? Does an 8-song triple encore still count as an encore? Would you mind not smoking that? I’m pregnant. (Hides beer).

Just a few of the questions that came to mind when epic Brit-rock band Radiohead made their way through an unrelenting set on their latest tour. The show sold out in what seemed mere seconds, a friend called them the hipster Beyoncé, and Yorke is only 5’ 5” you guys. But they say size doesn’t matter.

That certainly seemed to be the case for an arena-full of fans falling all over themselves as the rarely-touring band delivered a set that would…not…quit. From the first to the twenty-fifth track, Yorke and Co. bewitched the die-hards with deep cuts in one of the most hotly-anticipated shows of the year.

It took the arena a while to fill, but those who came early were treated to “a cross-cultural joint Jewish-Arabic project from Israel” in the form of Dudu Tassa & the Kuwaitis. Arabic vocals mixed with strings and incessant percussion for a 30-minute set that got a great reception from the crowd.

Once everyone had purchased their Radiohead t-shirts (same design, ten color options) and set their cell-phones to record, the main show arrived. It started and finished in exactly the same manner: a sweep of gorgeously-choreographed strobe lights and clouds of smoke rising from the general admission floor. The guts of the show? Just when you thought you’d heard the fan favorite, the next track would seem to blow even more minds.

This tension persisted through instrument changes, dystopian flair, and little to no surprise. There was clearly a template for the show, every moment planned out exactly, no endearing banter with the crowd. While Yorke shook his hips—and his maracas—the crowd rallied through the band’s fusion of international rhythms, inventive instrumentation, and weirdo sonic dynamics.

Radiohead seem to be playing a new set list every night, which both makes the choreography of the performance that much more impressive and keeps the crowd on the edge of their seats. I’d say you never know what you’re going to get, but the opposite seems true. You’ll get plenty of impressive Jonny Greenwood solos, Yorke being weird and artsy, and double drums layered against intimate vocals and sweeping guitars. And three encores later—after a closeup with Yorke’s eyeball—you’ll get inundated by strangers on the street extolling the genius of a band you don’t understand, breathless with the best show of their lives.