Deadmau5: EDM at a packed WAMU

By Mike Baltierra on April 25, 2017@baltierraphoto 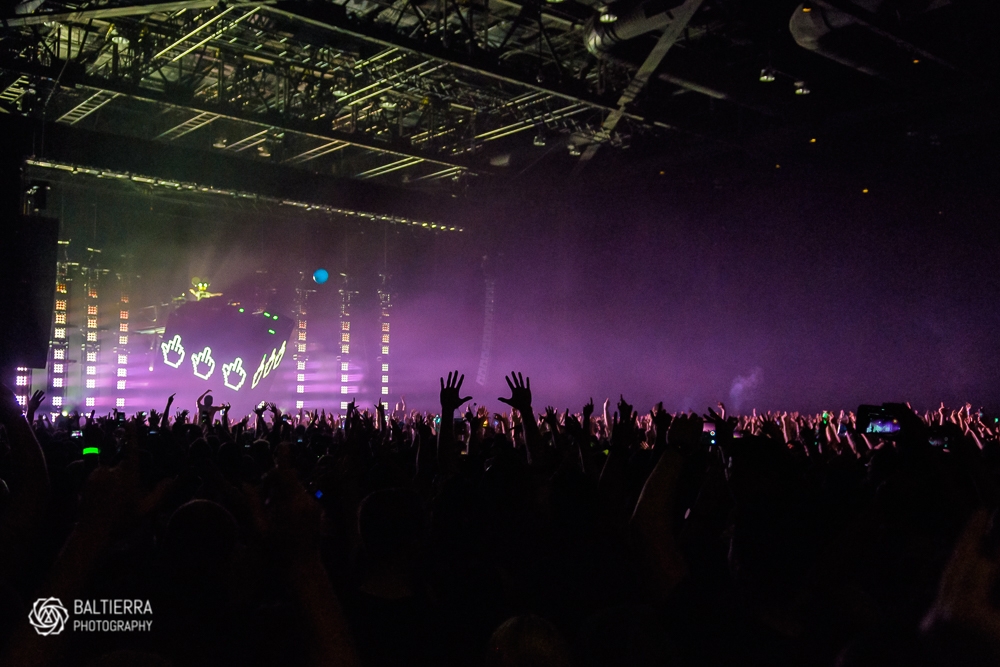 Saturday night at WAMU Theater was jam-packed full of people waiting to get their EDM – electronic dance music – fix by the one and only Deadmau5. The house lights went dim and the large black curtain that covered the stage came down, revealing a three dimensional platform shaped as a huge cube, which was covered and illuminated with LED lighting in various colors. From the beginning beats of “Imaginary Friends” to the end of the night, the audience were moving and dancing. Many in the crowed were covered in their own flashing lights and strobes as they danced and were entertained by the ever changing lights and images on the DJ platform.

Wearing his signature head gear, Deadmau5 played bass pumping tracks such as “Avaritia,” “Stay,” “Maths,” “Cat Thruster,” “Legendary,” and “Strobe,” with no person in attendance standing still. Even those who made their way into the stands were on their feet. Not only did Deadmau5 spin a lot of tracks that were fan favorites, but he was every bit the showman, with his own antics, dancing, and hand gestures along with amazing lighting throughout the entire evening. The production was excellent and made for sensory overload.

Getting things started earlier in the evening was Feed Me, who is a DJ based out of the UK, and his forte is electro house and dub step. The only lights on the stage were those on his DJ platform, making it rather difficult to spot him, until he came to the end of his set as he said farewell to the Seattle crowd.