Home / Reviews / National / Global Artists / The XX Might Be Too Cool 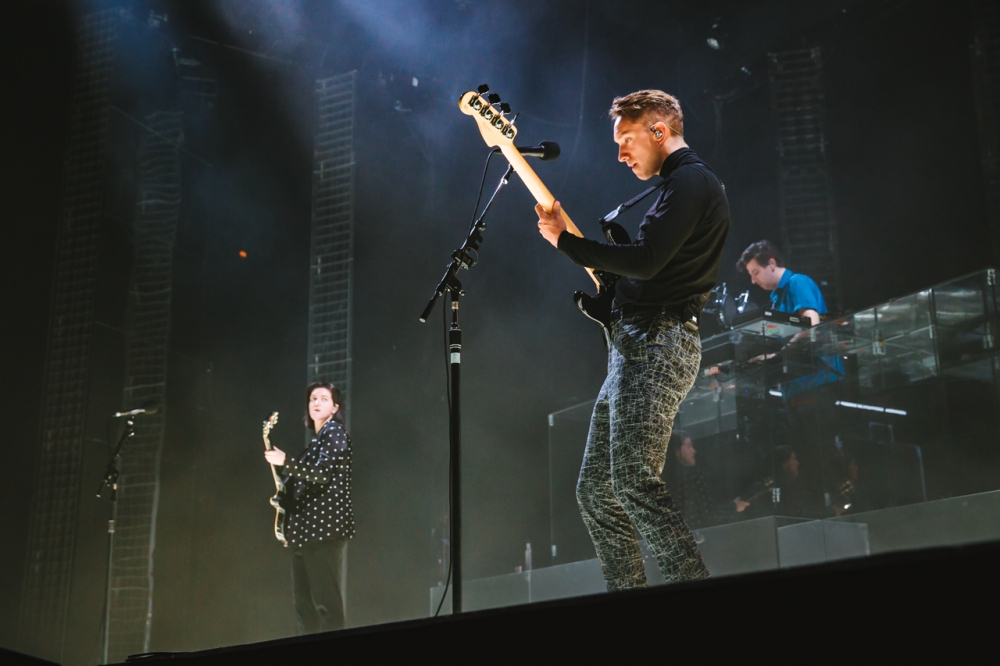 Supporting the January release of I See You, their much-anticipated third album, The XX brought their otherworldly confessional show to a sold out WaMu Theater in Seattle. The band, known to be a bit mysterious, rewarded their ardent fans with a set that both sounded and looked miraculously good.

But first, they were treated to British producer-singer Sampha. Supporting the 2016 release of his experimental R&B debut full-length, Process, Sampha delivered a transcendent set that showed he’s much more than a supporting act. While he’s taken his sweet time to get to this brutally good debut, Sampha has made his mark on tracks for everyone from Drake and SBTRKT to Beyoncé, Kanye, Frank Ocean, and Solange. So basically, every acclaimed album of the past year.

His set was only eight tracks long but soared with both sonic and emotional depth, deep dives through love, grief, loneliness, and powerful electronic pulses. Sampha was sultry and somber, humble but passionate. He played with a three-piece backing band, but they let him shine, especially during the achingly beautiful solo of “(No One Knows Me) Like the Piano.” Sampha’s is a heartbreaking voice set to pierce the stratosphere of critical acclaim.

It was a 45-minute wait–enough time for bar lines to stretch out the room–before The XX finally took the stage. But when they did, the crowd filled in the cavernous venue quickly, swallowed in a thick sea of fog. Through the darkness, the silhouettes of the British trio appeared, and with the opening strains of “Say Something Loving,” giant mirrors began to spin around them, reflecting strobe lights across the crowd.

Between rainbows of light, guitarist Romy Madley Croft traded vocals with bassist Oliver Sim, their cool, pensive tracks burning through the air in the room. Grooving guitars swayed around Jamie Smith’s beats, delivered from atop a large platform walled with percussion. The drama in the room was palpable, and it was easy to feel the awkward urgency of The XX’s tracks come alive.

They balanced the set, showcasing tracks from all three of their albums, including the thunderous “Crystalised,” slow jamming “Sunset,” and big hit “VCR.” Fans sang along with familiar lyrics and swayed a bit, but mostly just seemed enthralled by the dark, droning, dancehall mashup this band has mastered.

Madley Croft gave a solo “Performance,” which she prefaced with, “the next song is from the new album and it means a lot to me. I’m gonna be playing it on my own which is scary.” But she delivered with so much emotional presence and technical mastery any nerves were easily forgiven.

From the striking visual atmosphere and staging to their futuristic introvert sound, The XX are a creative, impressive live band. And for a group whose music is unabashedly personal, their show manages to be both cool and connective, a rare note that adds to their appeal.