By Kriston McConnell on May 19, 2017@Kristonisms 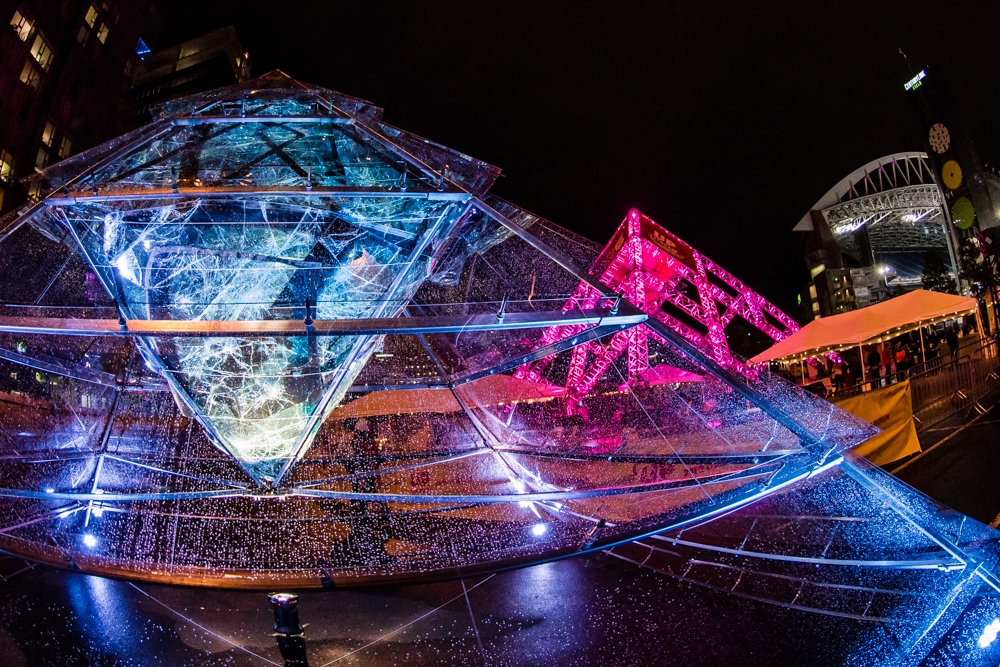 This last weekend, Seattle’s historic neighborhood, Pioneer Square, bore witness the debut of one of the music festival dreamt up by Paul Allen – Upstream Music Fest + Summit. Three days, 300+ bands and 28 venues – the festival was as huge as it was ambitious. It boasted 30k attendees, which may be small compared to the likes of Bumbershoot, but it is an admirable number for a newly launched festival.

Upstream was massive, which is great, and not so great. It was also sprawling, taking up spots all over Pioneer Square. This required quite a bit of walking, which is a task that is not accessible to every concert attendee. This also meant that if a fan wanted to see a bunch of bands, that they might have to run all over Pioneer Square to get to them. Planning ahead and utilizing Upstream’s app scheduling features was basically a requirement. Quite frankly, they would have been better off with a smaller lineup and fewer venues.

Some of SMI’s favorite PNW bands were at the festival, including COSMOS, The Thermals, SISTERS, DoNormaal, Gazebos, Thunderpussy and many, many more. There were simply too many awesome bands to keep track of. There were also plenty of under the radar bands (both local and not) that even locals wouldn’t be familiar with. Some of the more memorable ones were Banda Magda, NAVVI, Hibou, Sassyblack, Lemolo and many others. SMI staff had the pleasure of watching and photographing artists that we know and love. All of the bands involved played their hearts out and put on some really memorable performances.

As for the Summit portion of the schedule – it’s a great idea that wasn’t executed as well as it could have been. The festival did not do a great job advertising the huge list of speakers making an appearance at the summit. They managed to highlight the four keynote speakers multiple times, but there were literally dozens of people who hardly received any publicity beforehand. Even if the festival just wanted to do an overview of each theme the speakers were discussing, that would have been sufficient.

One of the biggest complaints aimed at this festival was the surprising the bag policy. Surprising, as it was not advertised very well beforehand and caught many festival-goers off guard. That is something they need to reconsider changing for future events. Another major complaint was having to “activate” wristbands. We don’t want to have to give you access to our social media accounts in order to attend a music festival. Though the app was quite helpful, fans don’t want to be forced to download it either.

Seattle will likely see Upstream again next year, and that means the festival may have to shift its lineup priorities to bring in some more heavy hitters in order to attract larger crowds. Seattle Music Insider LOVES all of the local talent, and hopes that no matter what happens next time, that PNW artists continue to be the main focus of the festival. For it to be sustainable though, it needs to be a bit smaller, and incorporate more bands that will draw a crowd. The festival should also keep the Summit portion of their schedule, and maybe consider hosting panels with other industry professionals such as photographers, writers, producers and the like.

Despite some frustrations with the festival, it seems to have been a win for founder Paul Allen. Let’s hope next year brings some bigger bands, less walking and better bag policies.

Below is our gallery of photos from day three of the fest. One huge plus is the incredible amount of diversity, both in musical styles and humans, something that can be lacking at other festivals. Check it out!

Kriston began her writing career as a passionate music fan. She attended dozens of shows, purchased CDs, vinyl and even cassette tapes of artists she barely even heard of. Shortly after joining a band's street team she happened to meet blogger Jacob Tender (now with Alternative Press) who asked her to write for his blog. After a couple of months he joined the staff of Under The Gun Review, and brought her along for the ride. After spending four years as a major contributor to the publication she moved on to be a web content contributor for New Noise Magazine, whose print magazines have a national reach.
Related ItemsAbby WilliamsonAlex CrickBanda MagdaChristine Mitchellconstant loversCosmosCuff LynxDoNormaalFeatureGazebosHibouKriston McConnellLemoloMocha CharlieNAVVIPioneer SquarePorter RayQuasiRulerSassyblackSISTERSSLOUCHERSummer CannibalsTaylar Elizza BethTellersthe black tonesThe Morning AfterThe ThermalsThunderpussyUpstream Music Festivalwimps
← Previous Story Flight to Mars Benefit Marks 15th Year
Next Story → Downstream: Goofus, Gallant, and Genius