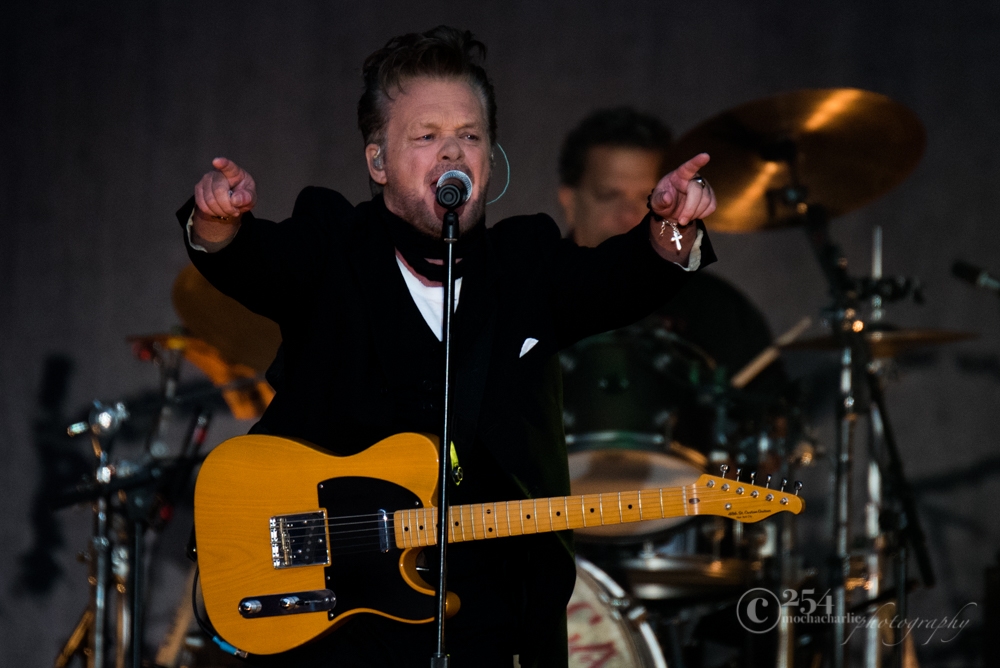 John Mellencamp is currently on an extensive US tour that runs through September, bringing along tour mates Carlene Carter and Emmylou Harris to open the shows. They stopped at Marymoor Park last week, opening up their summer concert series. After a morning filled with scattered showers, the rains subsided prior to the show, making for a pleasant night filled with music and dancing under rainbows engulfed by a cool summer breeze.

Mellencamp has an extensive music career dating back to the age of fourteen. At the age of twenty five, his then management team had said that his given last name would be too hard to market, so he took the name John Cougar for his eponymous debut EP. He added his born name of Mellencamp to the mix in 1983, releasing his seventh studio album, Uh-Huh, and finally dropped “Cougar” altogether in the early nineties. By that time, fans were on board with his music, and regardless of the name he chose to market, his fan base was growing, and so was his career.

Playing roughly twenty hit songs from his catalogue, including a few from his recently released twenty-third studio album, “Sad Clowns & Hillbillies,” Mellencamp kept fans entertained behind his guitar and the mic. Carlene Carter joined him on stage for a few songs, including a duet of Pink Houses.” He told stories in between songs that brought shouts and laughs from within the crowd. “I know what I was doing… You guys don’t,” he joked, prior to performing a solo acoustic version of his most successful single, “Jack & Diane.” His long time friend and guitarist, Mike Wanchic, has been with him for over forty years, “There is no past, because the past is always with you,” quipped Mellencamp. He and Wanchic have an extensive past, and he said the only thing that’s really changed for them is they take plenty of naps because “you never hear of people dying in their naps.”  He has had his fair share of hit songs that still burn deep in the hearts of die-hard fans, and they continue to support his career, coming out by the thousands when he plays his live performances.

Mocha Charlie is an amazing photographer who has a real passion for music. She covers and shoots several shows per month in and around the region. She a brilliant photo journalist but most importantly, she is also a mother who does her best to balance out her life and live it to the fullest. Mocha Charlie uses her passion and talent to support the community, her friends and family any way that she can.
Related ItemsCarlene CarterEmmylou HarrisFeatureJohn MellencampMarymoor ParkMocha Charlie
← Previous Story Crystal Desert’s Evening of Darkness
Next Story → Action Over Perfection, The James Lanman Way