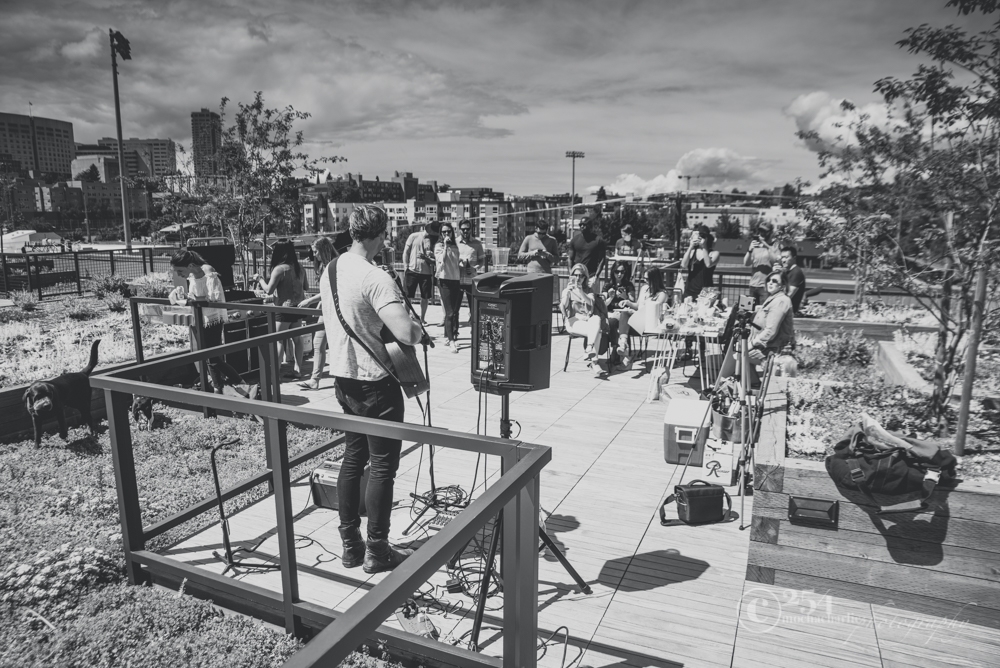 After making a name for himself in Seattle as both an independent artist and as frontman of The Good Hurt, (they parted ways on great terms in 2013), James Lanman took a leap of faith and moved to Brooklyn to see what the East Coast would bring to his skill set. That was four years ago.

Sparked by a meeting with a record executive in NYC in 2013, to whom he had pitched a 4-track demo of original songs, the neo-soul singer (originally from the San Francisco Bay Area and spent years performing with various musical projects from London to Los Angeles and Seattle) left for Brooklyn. He took his original music, started booking gigs at various venues that surround NYC, determined to make music his number one priority. Lanman worked tediously on songs he envisioned as retro-pop with a modern edge. After a short listen, the record executive he’d met with before told him that, while his songwriting and vocals were making the grade, there was no market for the sound that he was creating. Although discouraged, Lanman would continue to refine his music vision while in NYC.

As a freelance graphic designer and web developer (skills he had picked up during his time in Seattle), he was able to make ends meet for the first year, but music was being pushed further and further on the back burner. Yes, he’d play a few gigs here and there, but it wasn’t enough. Not by a long shot. He joined an improv group (utilizing his BA in Drama) to get him out of the rut he’d seemed to be stuck in, and took to looking for odd jobs to bring in some extra cash to keep his head above water (if you needed someone to mount your tv on a wall or hang curtains, he was your guy). By year three he was working long hours on his “day jobs” at his computer, and music was nearly non existent. “The more I worked side jobs to support a music career, the less I actually played. Eventually, I stopped picking up my guitar and singing altogether because I was so busy with other projects.” This was not ideal, and an epiphany fell upon him when two of the companies he had been freelancing for simultaneously offered him full-time positions on the West Coast. Nope. This was not what he had dreamed about. His life had gone completely off track. He wasn’t looking for the security of a great salary in a leading tech business. What he wanted to do, what he had always wanted to do, was play music. To play music every day. To connect with people and share his artistic expression with the masses. 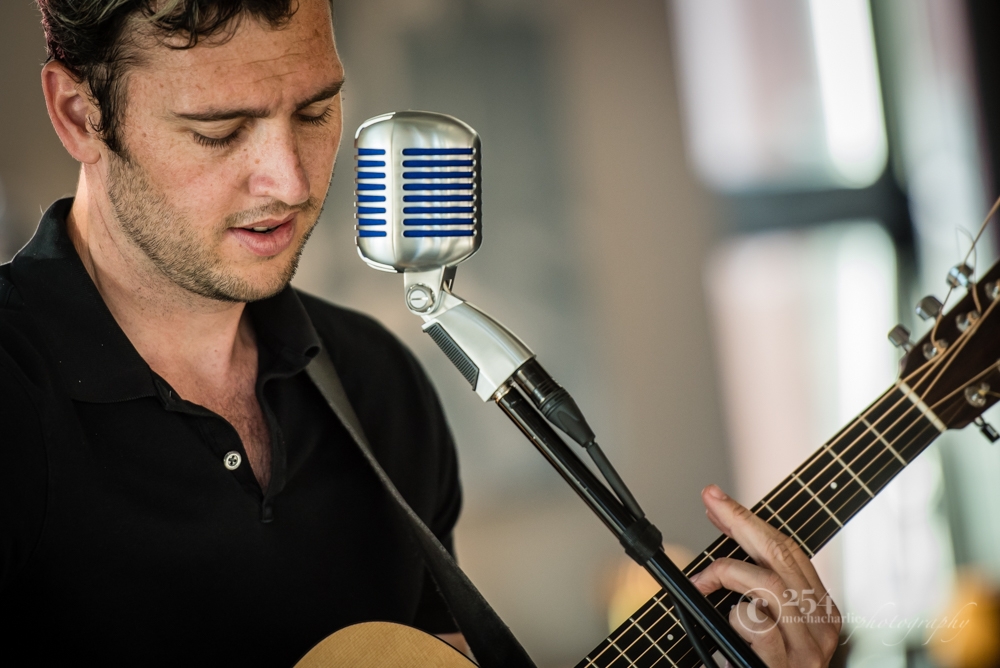 With no strings attached, or rather no feet planted in the ground, he left Brooklyn after selling nearly all of his belongings, and took up a very temporary residence with his parents on the west coast. He bought a big blue van and learned how to gut and renovate it for a home on wheels. A home that he would take on the road to play music, to anyone and everyone, for a 100 Days Tour that would see Lanman crisscrossing the US for an entire year, with the goal of playing a minimum of 100 shows throughout 2017. Shows are free to host, can be public or private, with a ‘pay what you want’ model where guests can throw donations into his green fur lined guitar case after the performance. Donations are rewarded with a complimentary CD, a live recording from his first show of the tour, “Live at The Blue Boar Inn,” and includes 17 tracks of originals and covers of songs by artists ranging from Ray Charles to The Ronettes. “It is the least polished thing I’ve ever released, but it’s real and it’s how I will sound in your living room. This year is all about action for me. After years of trying to get things perfect I’ve come to live by the motto ‘action over perfection,’ every time. I try to live by that rule now. I’m generating experiences.”  The host will have the opportunity to invite their friends and fellow music lovers to their homes to attend a 45-minute private performance in your living room, backyard, rooftop, you name it.

This past week, his 100 Days Tour FINALLY brought Lanman back to Seattle. After four long years of waiting, his friends, family, and fans were finally gifted the opportunity to see him perform again. And what a gift it was. His performances were flawless and refreshing. His new songs are full of life lessons, which he either tells stories about or asks that you find your own interpretations. Are they about people or pizza? Two of his performances, show 49 and 50, brought him to Seattle’s Capitol Hill neighborhood. The first was performed upon a rooftop near Seattle University for a private BBQ, and the downtown Seattle skyline and summer-esque weather was a perfect backdrop. The second show was at The Cloud Room, and it was not only an opportunity for much of his Seattle family and friends to see him play, but also a unique opportunity for Lanman to give back. While in Seattle all those years ago he worked with a great group of people at Buckley’s, a bar in the Belltown district of Seattle. One of his co-workers recently lost her mother to cancer, and he chose to donate one hundred percent of the proceeds from that show to her family and brain cancer research. That’s the kind of guy James Lanman is. Although every dollar he brings in provides him the opportunity to continue on his journey to fulfill his dream, he put that on hold to help a friend. The show netted over $2000 from those in attendance as well as online donations made through his Venmo account for that specific show date. 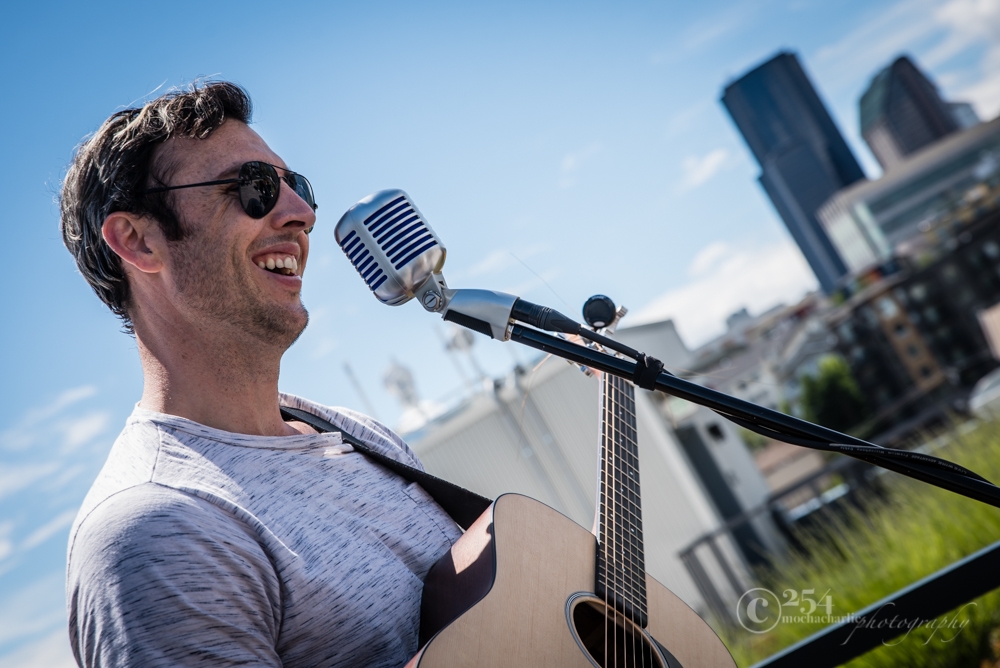 These shows are all special, unique, and a great way to experience music, not to mention a rare opportunity to see a musician full of love and joy for his craft finally performing after a near four year absence from the stage in majority of the cities he’s been to so far, and for those he has yet to grace. Lanman is eager to see parts of the country new to him, and to return to those he’s lost connection with. “There is only one hard and fast requirement to these shows – that people pay attention. This year is one big experiment for me in terms of a shift in how I approach music as a full time career. As a songwriter, it’s so refreshing to have people listening and engaging with what I’m doing in a way I couldn’t make happen in a traditional music venue. I’m learning a lot about myself, about human beings in general, and the power of music to generate community.”

He’s ready to move, roam, and continue to create music his way. “I don’t need to make a million dollars and be world famous. I’m just looking for the people who like what I do enough to help me do it full time.” While behind the wheel, he takes in the beauty of the open road, and sings and records songs into his phone. Lanman is constantly learning and honing in on the ideal sound for future releases. His goal in the next year is to record new material, and which he has nearly one hundred songs to date to consider. Where he will record is still up in the air, but he does want it to be more of a full production CD, with guest musicians he’s stayed in contact with through the years

For the last six months of the year, there are currently less than 30 open dates Lanman has to fill to achieve his 100 show goal, and he will play more as time and location dictates. You can request availability to book one of those shows via email (bookjameslanman@gmail.com), and follow his journey on his Facebook page, where he sometimes goes “live” during shows. He has a few private events left here in Seattle, and one public show this Thursday (6-15) at Outlander Brewing in Fremont. (Perhaps you’ll hear a Scottish cover song?) Next week he’ll be back on the road again, forging eastward. He’ll be making the most of what the summer months will bring in the heart of the US, including staying cool in his van; a van he did not put AC into (oops). He’ll stop off in North Dakota at a TedX event to play for over 2000 people, then surge on, playing venues and private spaces. If you happen to miss out on dates for 2017, don’t fret. He’s planning on doing something similar next year, hitting places he missed, places he’s made new friends, and he’ll once again play in his hometown. He has promised multiple dates in Seattle. We can’t wait.

Mocha Charlie is an amazing photographer who has a real passion for music. She covers and shoots several shows per month in and around the region. She a brilliant photo journalist but most importantly, she is also a mother who does her best to balance out her life and live it to the fullest. Mocha Charlie uses her passion and talent to support the community, her friends and family any way that she can.
Related Items100 Days Tour254mochacharlieFeaturehouse showsJames LanmanMocha CharlieMusicmusicianprivate concertssingersongwriter
← Previous Story John Mellencamp Opens Marymoor Concert Season
Next Story → Ghost Ship Octavius Makes Its Way to Louie G’s Pizza