By Mike Baltierra on June 14, 2017@baltierraphoto 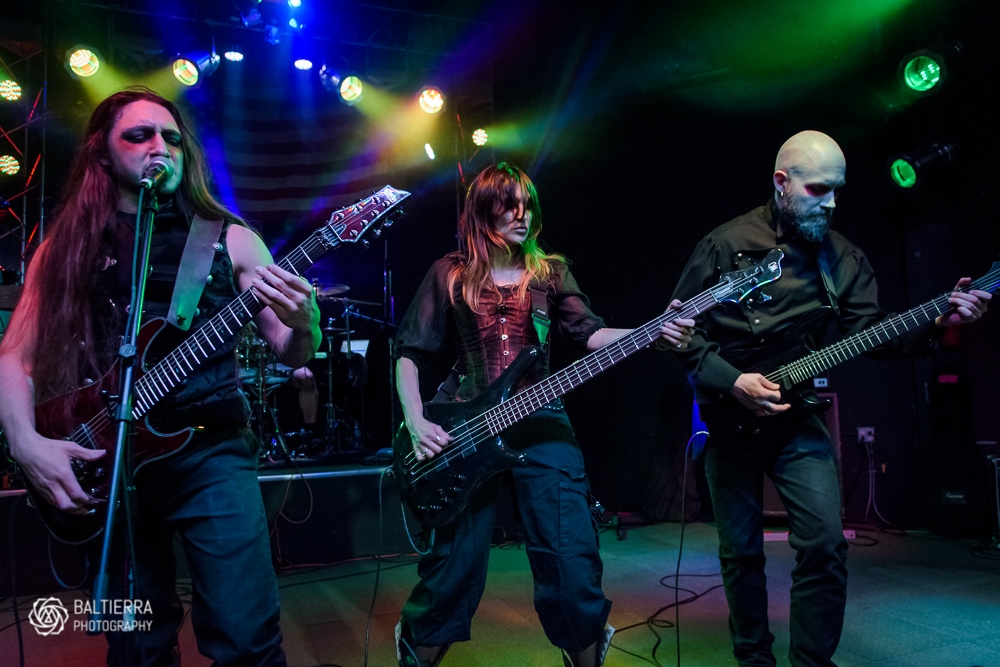 GSO, as they are affectionately known by their fans, played an hour long set that consisted of material off of their self titled debut album. The band also brought their signature stage theatrics, including their lost phantom ship at sea, along with some snow that came down from the rafters.

The band frequently plays throughout the Pacific Northwest, and they get better with each performance. Each song was heavy and melodic, with the band playing each of the their tracks to perfection. Amazing lyrical content, expert guitar and bass playing along with superb drumming, made for an awesome performance. It doesn’t matter if there are ten people in attendance or if the venue is packed, the band always gives it their all, which is always appreciated by those in attendance. The only disappointment was the band not playing “Fate is Blind,” which is one of the best tracks on their album.

In direct support were Seattle’s Beltfed Weapon, which brought their brand of speed/thrash/death and melodic metal. They played fast and loud, and were energetic for their entire set. They played material off of their latest release Raining Plague as well as some new music which the band stated will on their new album, which will be coming soon.

Self proclaimed death black metal, space shred band Xoth, was third on the bill and they were killer. With amazing guitar riffs, killer drumming, awesome bass playing, and amazing vocals, this band was the surprise of the night. You must check Xoth out.

Disciples of Dissent made their return on this evening. Most of the band members were new, and the new blood pumped a new life into the band. The band played with an intensity that had been lacking in their previous performances, but they were fired up, motivated and on point.

Getting the evening started were South Kitsap Infidels, who played a quick set which was a mixture of thrash metal and punk, delivering a hard and in your face performance which set the tone for the remainder of the evening.