Has Corey Feldman Lost His Mind? 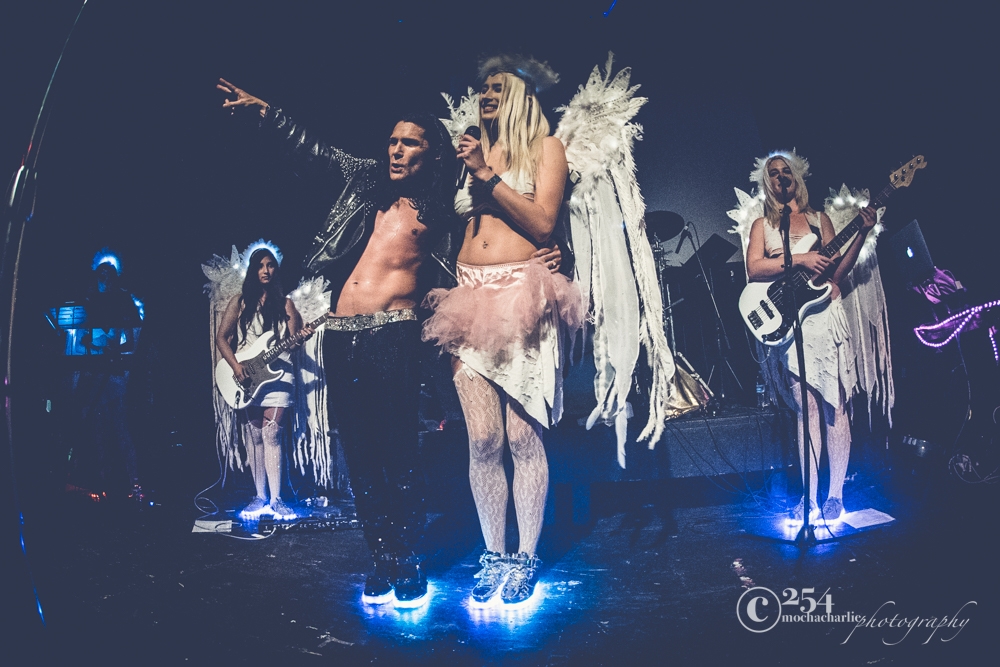 Last fall when Corey Feldman took to national TV making an appearance with his “Angels,” it turned heads, shook heads, and made people really wonder “What. Is. Happening?” “Are we seeing what we are seeing?” “What did I just see?” “Wait, what?” “Has he lost his mind?”…and “How did he get booked on this?” Then your mind starts switching gears. “Man, I haven’t seen Goonies in a long time.” “I wonder how he’s getting along with the loss of Michael Jackson?” “I haven’t seen Lost Boys in a long time, I wonder if I still have that DVD?” Say what you want, but, it’s pretty clear he doesn’t care, and knows exactly what he’s doing.

The cross-marketing of his name, attached to so many prior endeavors, has generated a surge in sudden public interest, and it’s making a lot of people a lot of money, especially him. Think about it. Feldman had been in and out of the news before, but not like this. The media hasn’t stayed quiet about Corey Feldman and His Angels since last fall. People are talking about him, voicing opinions about the many things he’s done in his career. Old fans reminisce while new fans connect the dots and dig into the archives to watch some great films of the 80’s (Stand By Me, The Goonies), making a lot of people involved with those project very happy while lining their pockets a bit in the meantime. People are snatching up tickets to see Feldman live, lining up by the hundreds, and paying a lot of money to meet him at shows. He’s relevant again, doing whatever it is he’s doing, and he is raking in the dough. Corey Feldman is back in the news, and his move to get there this time was, perhaps, genius. 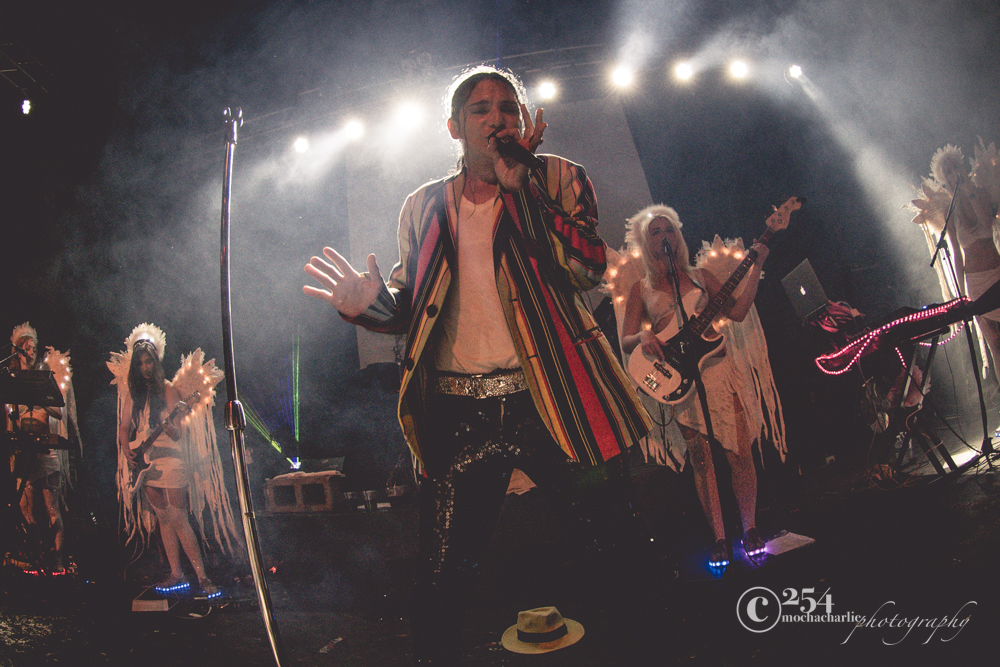 Feldman is no stranger to the press. He’s been involved with the Hollywood scene since he was five, his popularity skyrocketing in the 80’s with the success of his film career. Since then, he remained engulfed in life happenings, was in and out of a variety of media hype (including tabloids), living a high profile life. For those that continued to keep up with his career, he shared marriages, divorce, the birth of a son, and the devastation he felt about the death of friends including both his best friend Corey Haim and life long friend, Michael Jackson.  Did his career ever fall silent? It did not; however, the intervening years between the eighties and his television appearance last fall did not put the media in a feeding frenzy.

In today’s music industry, (or any industry, for that matter), press is what drives the public to generate who sits, well, anywhere. Who’s on top? Who’s never going to be relevant again? Negative press no longer means you sit at the bottom. People were talking about Feldman now, a lot of people, and that is where the “genius” comes in. One can only imagine how he decided to create what the public was seeing. Is he a platypus of the music or entertainment industry, throwing together anything and everything he can think of, because he can? Was he planning a comeback, making his dream of fronting a band, only to unveil it in one of the biggest “WTF” moments of 2016? Genius! 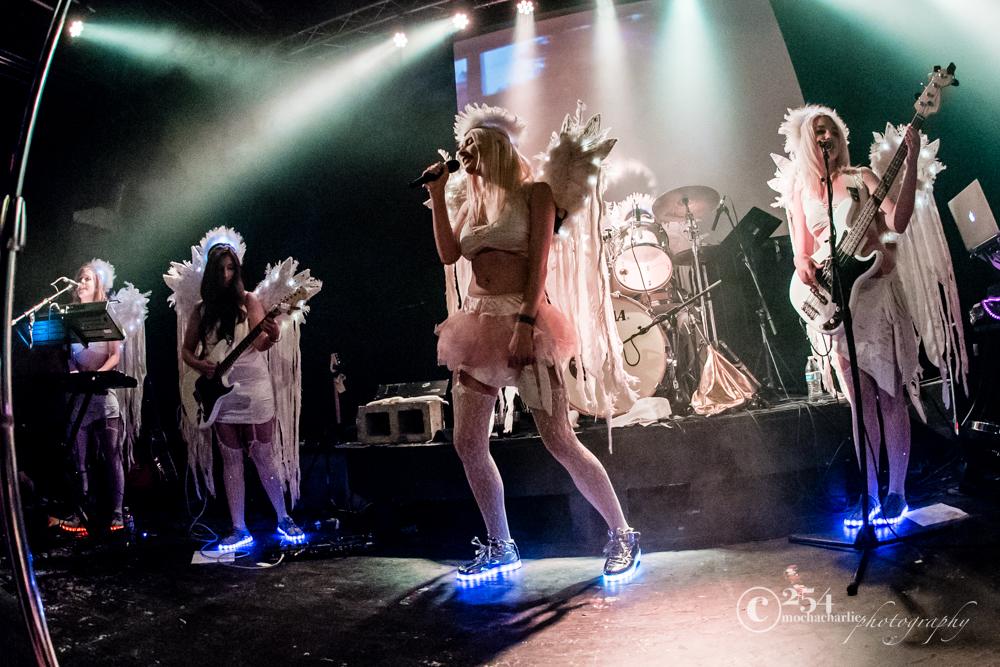 After a successful mini tour earlier this year, he’s currently on a forty city tour: “Corey’s Heavenly Tour: Angelic 2 The U.S.,” adding dates from the original 34 due to high ticket demand. He stopped in Seattle last week to a near full house at Studio 7. Though the band encountered technical difficulties and late set times (causing him to scrap about 1/3 of his set list of 30 songs), his performance was carried out with multiple costume changes for Feldman, who danced through laser beams and shared video montages from his music and film career that displayed on a screen behind the band. He’s an entertainer. He entertained those who had to see for themselves “What. Is. Happening?”

If you use the word “wow” in a sentence, the context of how you interpret it can vary greatly. His performance offers one to consider how may variations there are of that one little word. You can’t look away, and you can’t predict what will happen next. It’s like a movie with a plot that is so twisted that you can’t imagine what the next move of the main character might be, let alone how it will end. He’s created a movie that has never been seen before, and who knows when or how it will end. He isn’t dreaming a little dream, he’s living his, and he doesn’t care what anyone thinks. People are bashing and trashing his name for what they see and hear, and do you wonder what he thinks of it? Considering the kind of money Feldman is making, spending each night (doing whatever it is he’s doing) on stage, performing song after song with his spouse (his wife Courtney is an Angel),  he most likely doesn’t care what the critics are saying. He hasn’t lost his mind. He’s figured out a way to live his dream, however “wow” it may be, and he’s smiling all the way to the bank.

Mocha Charlie is an amazing photographer who has a real passion for music. She covers and shoots several shows per month in and around the region. She a brilliant photo journalist but most importantly, she is also a mother who does her best to balance out her life and live it to the fullest. Mocha Charlie uses her passion and talent to support the community, her friends and family any way that she can.
Related Items254mochacharlieAngelic 2 The CoreCorey FeldmanCorey Feldman & His AngelsFeatureMocha CharlieMusicStudio 7
← Previous Story Warped Tour Opens 2017 with a Stop At Century Link
Next Story → Locomotive EP Release Party at Louie G’s Pizza