By Mike Baltierra on June 28, 2017@baltierraphoto 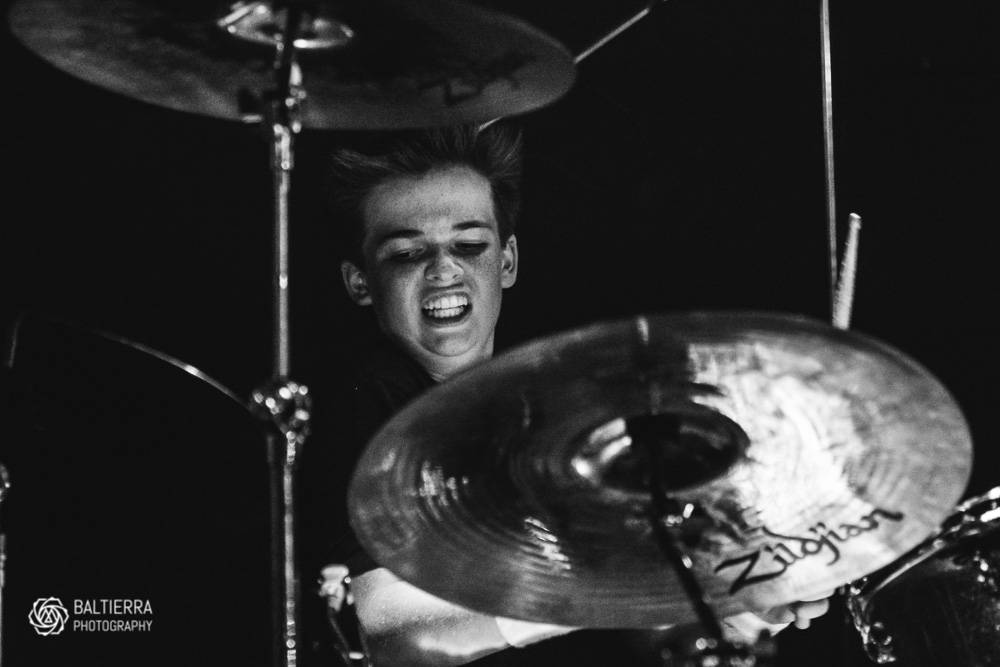 Louie G’s Pizza was the place to be Saturday. Five awesome bands from around the Sound came together to put on an evening of great music and to also celebrate an upcoming EP release from Locomotive.

Getting the evening started were grunge / hard rocking band Lust Punch, who put on a solid set. Their set consisted of material that is on their debut release, Eating for Two, as well as a few new songs making their debut at this show. Nick Knight (vocals / guitar), Michael Bell (bass / vocals), and drummer Tyler Lutzenhiser know how to light up the venue with their infectious energy and great songs. Keep an eye on them because there are many good things coming from these guys!

Next up where Tacoma’s grungy bluesy psychedelic groove rockers Mister Master. Brandt Parke (guitar), Mark Christensen (drums), Ian Lowery (vocals), and Eric Phinney (bass) were on top of their game this evening. They had everyone out of their seats, grooving and moving along with the bands exceptional musicianship and awesome original music. Head on over to Soundcloud and get a sample of their album To the Edge of the Woods.

Seattle teen rock band Locomotive were third on the bill, and based on the amount of people who made their way to the front of the stage, this young band has a serious following. Bella Marian (bass / vocals), Ethan Horn (drums) and Ryan Horn (guitar) played a set consisting of original material off their two EP’s, No Toby No!!! and El Susho. The band is a ball of energy, rocking out, running around on stage and jumping off of the drum riser; Locomotive always puts on a great show. Midway through the set, the band were joined on stage by Bri Ashlee Little of the band The Morning After. The band ended their set with a solid rendition of Led Zepplin’s “Whole Lotta Love.” Head on over their Bandcamp page to get the band’s two EPs as well as their latest as soon as it drops!

Crossing Crusades, a hard rocking band who fall into the Nu Metal / Alt Metal genre, were up next and they had their hands full, having to follow up Locomotive and their scorching set. Ryan Steincipher (guitar / vocals), Chris Hopkins (lead vocals), Aaron Lee (bass), Sam Thompson (guitar / vocals), and Kevin Ross (drums), who recently released their self-titled demo, were more than up to taking on the challenge. The band didn’t disappoint with their hard rocking set of originals, which kept heads nodding. Heavy riffs, pounding drums and great vocal harmonies: this band gets better with each performance. Check out the Crossing Crusades’ website to check out their demo as well as get the latest info on upcoming shows.

Closing out the evening were Woodshed, who are based in Arlington, WA. Hunter Venturo (guitar / vocals), Nathan Reno (bass), and Jake Turner (drums) were on fire! With seriously heavy, hard driving riffs, the band has a very heavy and bluesy metal sound, very reminiscent of Kyuss, Red Fang, and down. These guys were crazy good and those were remaining were thoroughly entertained. Go to the band’s website to check out their music and a video of their track “Train’s Coming,” and also keep an eye out when they come to your town! These guys shred.