A Solid Night of Heavy Metal at Louie G’s

By Mike Baltierra on July 14, 2017@baltierraphoto 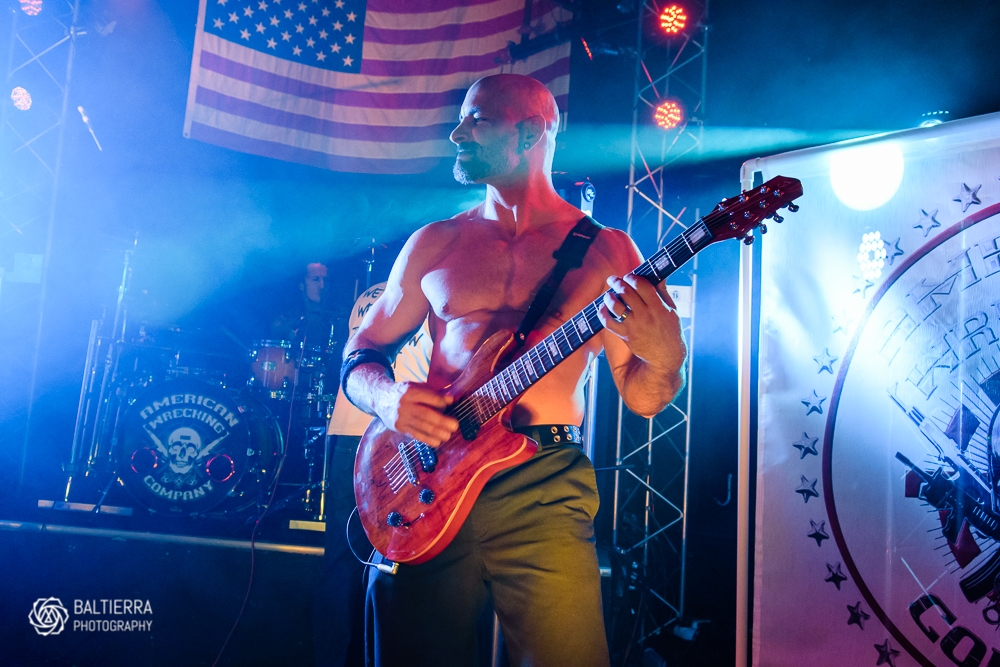 Stone Entertainment Group along with Louie G’s Pizza put on another stacked show with a great line-up. It gave those down in the South Sound area a killer evening, with superb performances by incredibly awesome heavy metal bands.

First up were From the Ruins, who hail from Reno, NV. Though they label themselves as trash, they seemed more heavily influenced by the likes of Judas Priest and Iron Maiden. The band consists of Isaac Wilson (vocals), Chuck Reyome (guitar), Scott Schlingheyde (guitar), Robert Landers (drums), and Eric Marks (bass), and they played a killer 45 minute set that got the early evening crowd fired up. They even pulled off a killer rendition of Iron Maiden’s “Wrathchild” which had everyone in the venue singing the chorus along with Wilson. The band was on point, and a hard act to follow.

Next up was local prog-metal band Casualty of God. Chris Renshaw (vocals), Jeff Eason (bass), Cody Green (guitar), and Dylan Bennet (drums) may have been initially thought of as being out of place on this bill, but boy did they win over some new fans on this evening. With Renshaw dressed as if he was a patient in a hospital – complete with medical gown, IV leads and an oxygen tank – the band were spot on from beginning to end. With superb playing, excellent singing, and the awesome lighting which completed the music, Casualty of God put on a performance that left many begging for more. Renshaw thanked everyone for coming out and gave everyone, yes everyone, a CoG patch for coming out!

Seattle’s thrash / technical / death metal band Devilation had the tough job of having to follow up CoG’s killer performance, and they did not disappoint. The band came out fast and heavy, and had the Louie G’s crowd participating in a moshing frenzy. Ely Holland (vocals), Kaleb Luetke (guitar), Will Wagner (bass), and Ralph Cabral (drums) were tight, and had the crowd in the palm of their hand. With Cabral’s excellent blast beat drumming and Luetke’s awesome death vocals, this band is one that has to be seen. Their next performance will be at Louie G’s on Saturday July 15th as part of the Backyard Festival. You owe it to yourself to check them out.

Finally, closing out the evening were Tacoma’s very own American Wrecking Company. TJ Cornelius (vocals), Randy Bebich (guitar), Ben Reynard (guitar), Jeff Bloomfield (bass), and Dylan Hickey (drums) had the house packed, and those in attendance were very familiar with the band and their music, singing along with Cornelius every chance they could get. The band came off as a cross between hardcore, metal, punk, and some thrash, with a sound similar to Biohazard, Hatebreed or even the likes of Iron Maiden. They seriously brought the heavy. With lots of head banging, devil horns, and those in the mosh pit going nuts, AWC was awesome to watch. Definitely check them out the next time they are in your neck of the woods.

Get out there and support local bands and local businesses!