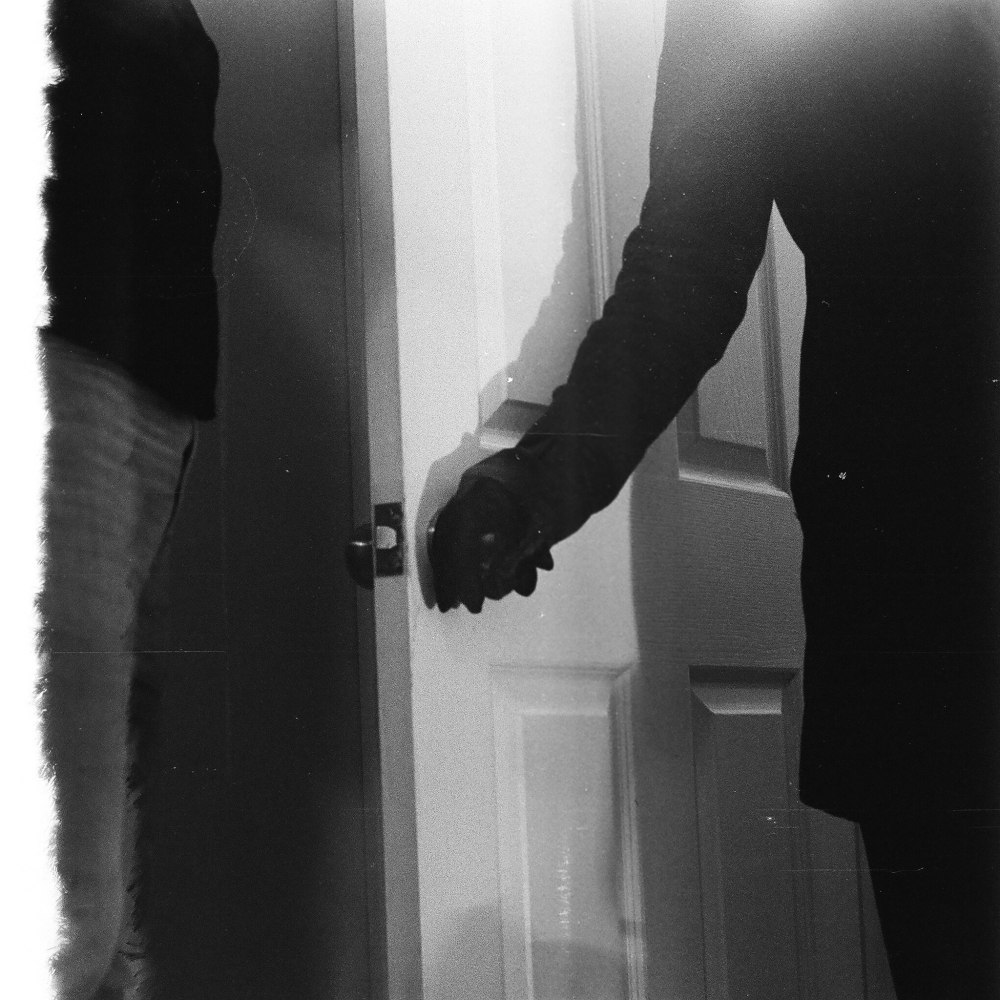 Nail Houses’ self-descriptors are short and to the point: “Uncomfortable music for uncomfortable people,” with the band’s first EP, PARADE, described as “a collection of songs about rituals and masks.” As a first impression, they work quite well. Yet PARADE is all of that and more, its successive layers of paranoia, noise, pointed questions and fingers combining into a high volume blast of malcontent that serves to blister off veneers of complacency and false decorum.

Nail Houses is the solo project of Christian Smith, former bassist of Crystal Desert, and it isn’t hard to see the progression from his tense, controlled, powerful contribution there to PARADE. Nail Houses, however, veers far more into industrial territory, with Smith making use of pummeling drum sequencing and a headlong rush of guitars. It’s a sound that makes you feel as though the world needs to speed up to match the songs’ punishing tempos. Either that, or get into your car and pray you don’t get a ticket.

“Wait, Commander” starts the EP off with abrasive noise, ostensibly created by a guitar but put through some form of aural torture. A low, thudding bass riff comes in next, along with a mechanized, razor-precise drum line. When the main guitar kicks in, it’s all two-chord euphoria intercut with Smith’s spit-out lyrics, start-stopping like an irregular heartbeat alongside zig-zagging guitar notes. “You want to tell me/ what to put in my skull?/ It’s full/ of black holes.” Apathy and resentment simmer, but the urgent pace (of the song and the EP in general) dictate action.

“Excellerator” and “Stray My Eyes” stand together in defiance of authority, whether those of one’s own wants and desires or those ostensibly in charge, lawmakers and their ilk. “Excellerator” is a whip smart title for a song with deeply incisive lyrics and a headlong pace; a compassionate description of “sheeple” as well as an unflinching look at personal ambition. “Stray My Eyes” takes a more pointed attack at our “newest leader” leading an “idiot’s parade;” this time Smith is less benevolent in his portrayal. “Stray” has the most standard song structure of the bunch, which only adds to the aura of control; when Smith crams the words “multi-celled organisms” into the bridge, it pulls you out of the flow of the song. Uncomfortable? Yes. You should be.

“Mask Signal” is a naughty romp, a joyous crime spree amongst friends followed by drug consumption. Although, if you feel like just dancing, that’s perfectly okay. “Smoker’s Lung” is a dark meditation on human interaction: what is the real self, and when do we reveal that to others? When do we take off that mask? Are we able to do it at all? Do we give others the version of ourselves that they want, or the real one? Guitars chug ominously as Smith ruminates, the perceptive verses interspersed with the group-yelled chorus “HALF! – COCKED! READY!” Whether we’re prepared or not, masks on or not, we must interact. We have to stumble our way through life somehow. It’s a beautifully naked sentiment enrobed in a hard shell of grating sound.

PARADE is an explosive debut; Nail Houses pulls no punches and the result isn’t pretty. It isn’t meant to be. And frankly, that’s what makes it great.

Christine Mitchell has been poring over album liner notes pretty much since she acquired the skill of reading, and figured out the basic structure of rock songs at an early age. Whether it’s the needle popping into the first groove of the record, the beeps that signal the beginning (or end) of a cassette tape, or digital numbers ticking off the seconds from zero, music brings Christine happiness, ponderous thought, opportunities for almost scientific study, and sometimes a few tears. When she started attending live shows two decades ago, a whole new piece of the puzzle clicked in and she has been hooked ever since.
Related ItemsChristian SmithChristine MitchellFeatureNail HousesPARADE
← Previous Story New Music: Asterhouse’s ‘Errors That Smile’
Next Story → Music Video Premiere: Naomi Wachira – “Beautifully Human”