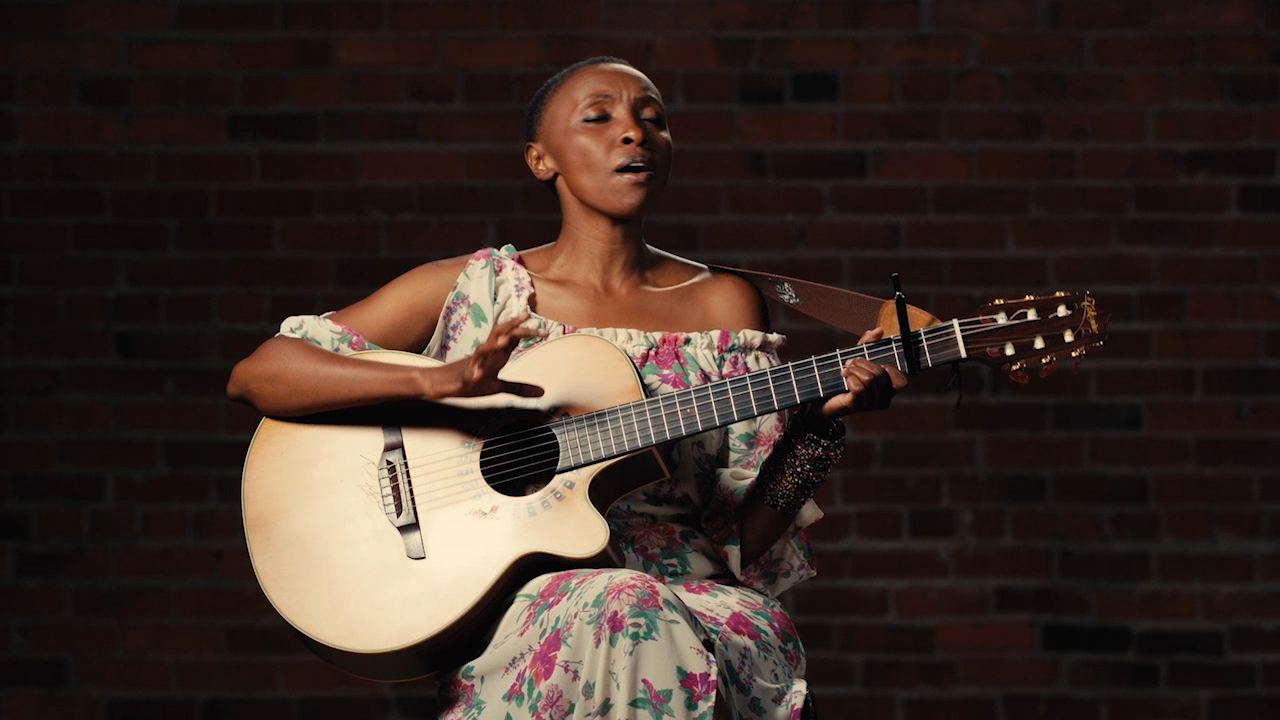 We are thrilled to premiere Naomi Wachira’s gorgeous new music video for “Beautifully Human” off her recently released sophomore album, Song of Lament. The Kenyan-born, Seattle-based Afro-Folk singer/songwriter was gracious enough to chat with us about the new music video, album, and what’s next in her very bright future.

Please share with us a little background about the song, “Beautifully Human”.
Beautifully Human was a song I wrote during my graduate school program where I was studying Theology and Culture. My professor had asked me to make a presentation on the perspective of missionaries from an African perspective, something I’d actually never contemplated. After doing a lot of research, I was so disheartened to realize that there were people who believed that Africans were descendants of one of Noah’s cursed sons. It was my way of standing up to my belief that people who look like me are divinely beautiful and there is nothing ‘other’ about them. But as the song developed over the years, I wanted to highlight all other people who might feel marginalized whether because of their faith, their education, or their sexuality. I wanted to stand up and affirm that every human being created IS Divinely beautiful.

Your songs always have very poignant messages. If you could sum up the message behind “Beautifully Human” in a couple sentences, what would it be?
“Beautifully Human” is a song that captures a simple push back of anyone who might think that a person is less than them because of the color of their skin or anything in their outward expression that might be considered different or other. It is a celebration of the Divinity of every human being created.

How did the concept of the video come about? It appears to be a very community-involved/collaborative effort.
Garrett Gibbons, of Cosmic Reach Media, came up with the concept and I absolutely loved it. We wanted to highlight people from different walks of life and also assert that diversity goes beyond what we can see with our eyes. We also wanted to use dance as a way to express what happens with the life and how each person gets to dance different from the other, but that each person dances in a way that expresses what is truly unique about them. We filmed the portraits at Volunteer Park and the indoor shots with the dancers were done at Velocity Dance Center. I’m so grateful for those in this community that were willing to have their faces and stories represented. I’m also deeply grateful to the amazing choreography of Xaviera Vandermay and 3rd Shift Dance dancers for embodying the story.

What’s next for you?
Currently, I’m on tour this summer supporting my new album Song of Lament. I’ll be playing some dates on the East Coast and then we’ll be heading to Europe in October. All the dates can be found on my website: naomiwachira.com

Jason Tang is a well respected concert photographer in Northwest. Not only does he shoot all of the top Northwest shows and festivals such as Bumbershoot, Capitol Hill Block Party and City Arts Fest, but he also lends his talents to our partners Melodic Caring Project and Seattle Living Room Shows. Jason’s great eye and solid technical acumen make him one of the best and most respected photographers in the region. Because of his stunning photo work and professional reputation, Jason has been requested by name to shoot artists such as Allen Stone and Star Anna. Jason is well thought of within the concert photographer community and is always willing to lend a hand and provide tips to newer concert photographers.
Related ItemsBeautifully HumanFeatureJason TangMusic Video PremiereNaomi Wachira
← Previous Story New Music: Nail Houses’ PARADE
Next Story → Lady Bosses and Sad Boys: A Mixed Bag | CHBP 2017 Part Two