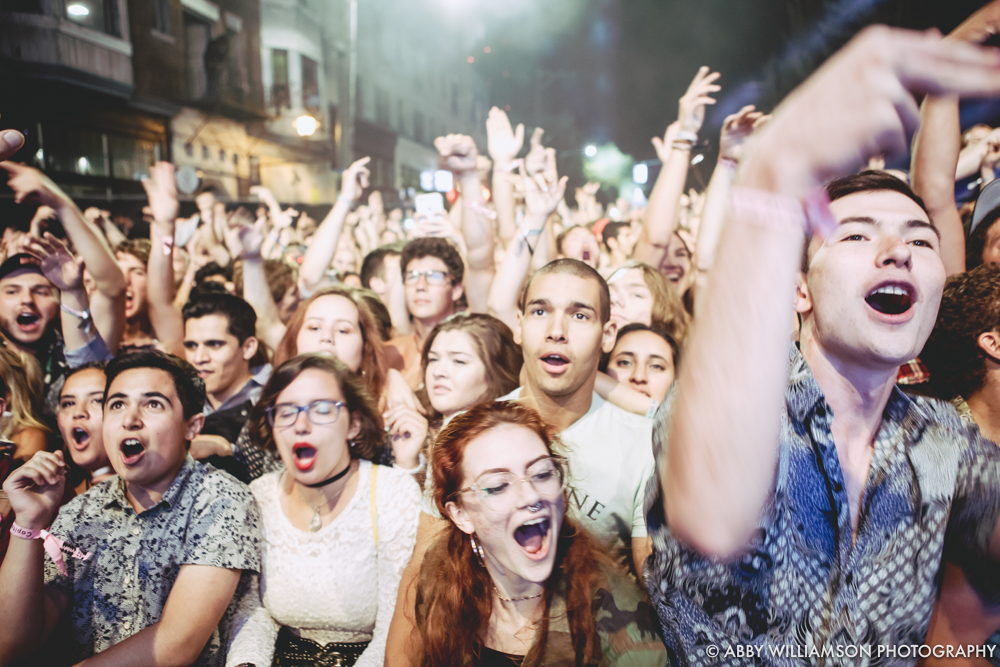 Capitol Hill Block Party is a different kind of beast when it comes to music festivals. If you’re used to the dusty walkways and cold camping nights of Sasquatch or the inviting, family-friendly feel of Folklife or Bumbershoot, prepare for something new and sometimes unpleasant at the Capitol Hill Block Party.

Granted, this was only my second time covering the festival in its 21-year run, so I don’t have a lot of room to talk, but nothing can be great all the time, right?

This year’s festival included heavy hitters like Run the Jewels, Angel Olsen, Lizzo, Lord Huron, and Diplo along with local favs Perfume Genius, Naked Giants, He Whose Ox Is Gored, and Ravenna Woods, among like a gazillion others.

While the relative closeness of all the stages made running from one show to the next very easy (theoretically, but I’ll get to more of that later), if you’re at all claustrophobic – I’d opt for seeing the locals when they play at Neumos another day.

Personally, Friday had the best crowd and the best lineup for how short it was. Run the Jewels brought out a unique audience of hyped hip hop fans, but ones that were also surprisingly polite. I did have to shout my way through the crowd up to the photo pit, but no one actually got in my way. It was nice. Good job, crowd.

The rest of Friday’s lineup gave people a good mix of locals and out-of-towners, and a variety of genres. Other stand outs for this gal included our Everett buddies Fauna Shade, Portland rockers Tango Alpha Tango, My Goodness, and Theoretics. Wolf Parade was one of the bands on the lineup that when I saw it, I screamed just a lil’ bit, and they didn’t disappoint in the slightest. They’re easily one of the most underrated bands of the last 10 years. But the MVP of the day goes to Cherry Glazerr, a band that I knew absolutely nothing about, and now I’m hating myself for it. Frontwoman Clementine Creevy’s delightfully unhinged performance attracted a huge crowd over to the Vera Stage (it was a common theme for that stage all weekend). If you haven’t seen them yet, DO IT NOW.

That was Friday. I’ll be back shortly with Saturday and Sunday, so stay tuned.

Abby Williamson is a photographer, writer, and video blogger with a passion for live music – especially the local scene. She recently moved to Seattle after commuting from Gig Harbor for shows an average of once a week for five years, so she’s happy to not have to drive as much and photograph even more concerts! When she’s not elbowing her way up to the front row at a show or sorting through thousands of photos of those shows, Abby also does freelance wedding photography, all the while cultivating a decent-sized following on YouTube. Abby has contributed to several music blogs over the last five years (and she’s really excited to join the SMI team!), and has been published in at least one album booklet for the band, Someone Still Loves You Boris Yeltsin. She would like people to know that while music photography and writing is a huge passion in her life – she is a fan first, photographer second.
Related ItemsAbby Williamsonangel olsencapitol hillCapitol Hill Block Partycherry glazerrFauna ShadeFeatureFestivalLizzoNaked GiantsNeumosPerfume GeniusRun The JewelsTango Alpha TangoTheoreticswolf parade
← Previous Story Pain In The Grass 2017 Heats Things Up
Next Story → Lady Bosses and Sad Boys: A Mixed Bag | CHBP 2017 Part Two