By Mike Baltierra on August 19, 2017@baltierraphoto 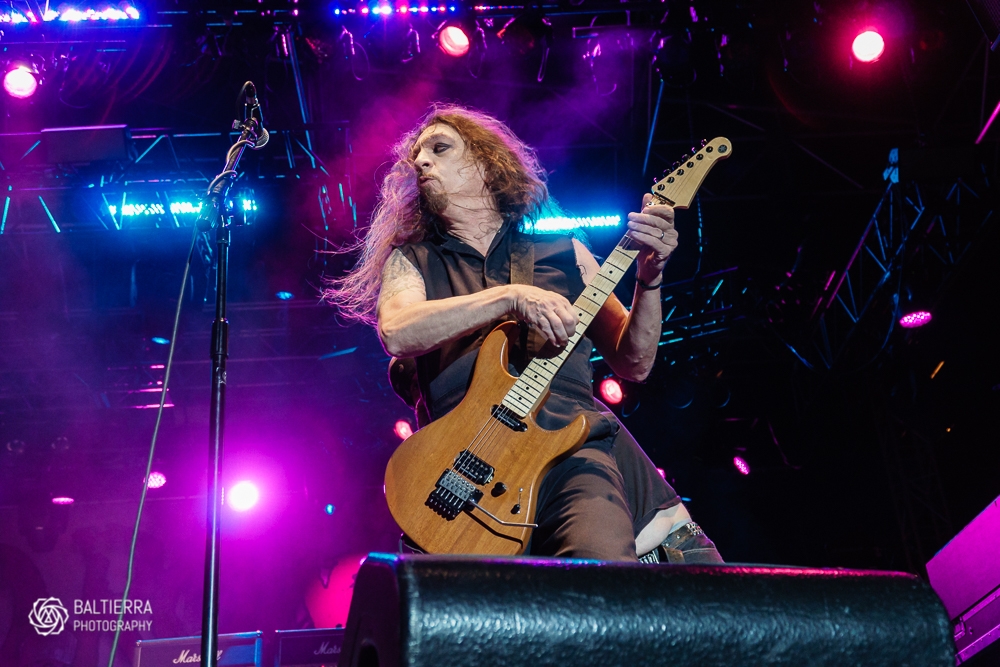 On a slightly overcast evening, the stage was set at Snoqualmie Casino for an outdoor amphitheater style performance by a couple of bands who had dominated the eighties heavy / glam / hair metal scene. The show was a sell out with many folks who were excited and eager to see bands they grew up listening to. It was going to be an riveting event with many folks ready to sing along with their favorite songs.

Skid Row, made up of Dave Sabo (guitar), Scotti Hill (guitar), Rachel Bolan (bass), Rob Hammersmith (drums), and ZP Theart (vocals) performed a set list filled with selections that were in heavy rotation on many a radio station and MTV’s Head Banger’s Ball back in the day. Opening the set with the title track to their second album Slave to Grind, the band was on fire and put any doubts as to whether Theart could deliver on the vocals to rest. With Sabo, Bolan, Hill, and Hammersmith doing a superb job on their respective instruments and also providing great backing vocals and harmonies, the band ripped through many fan favorites such as “Sweet Little Sister”, “Piece of Me”, “18 and Life”, “Big Guns”, and a cover of “Psycho Therapy” by the Ramones.

The crowd was on its feet the entire show. Singing along with Theart, it was evident that everyone in attendance was having a great time. Bolan commented on how great it was to see so many in attendance, many wearing shirts of their favorite bands. Bolan then went on to say that music is what brings everyone together.

Sabo and Bolan have not lost their touch or their intensity when it comes to their playing. Hammersmith was solid on the drums. The band kept their set mostly focused on their eponymous debut, Skid Row, as well their second release Slave to the Grind, though they did play the track “We Are The Damned” off their EP Rise of the Damnation Army.

Opening the show were hard rockers Vixen, who are made up of Janet Gardner (vocals / guitar), Share Pedersen (bass), Roxy Petrucci (drums) and Britt Lightning (lead guitar). The band played the songs that they are famous for. Ripping through “Rev It Up,” “How Much Love,” and “Streets in Paradise” as well as the always popular “Edge of a Broken Heart,” Vixen were awesome to see and hear live. Though the crowd was thin as the band started their set, people made their way into the venue and had an awesome rockin’ time!

Skid Row Setlist:
Slave to the Grind
Sweet Little Sister
Piece of Me
Livin’ on a Chain Gang
Big Guns
18 and Life
Makin’ a Mess
Monkey Business
Psycho Therapy (Ramones cover)
I Remember You
We Are the Damned
Youth Gone Wild