Massy Ferguson Heats Up The Tractor 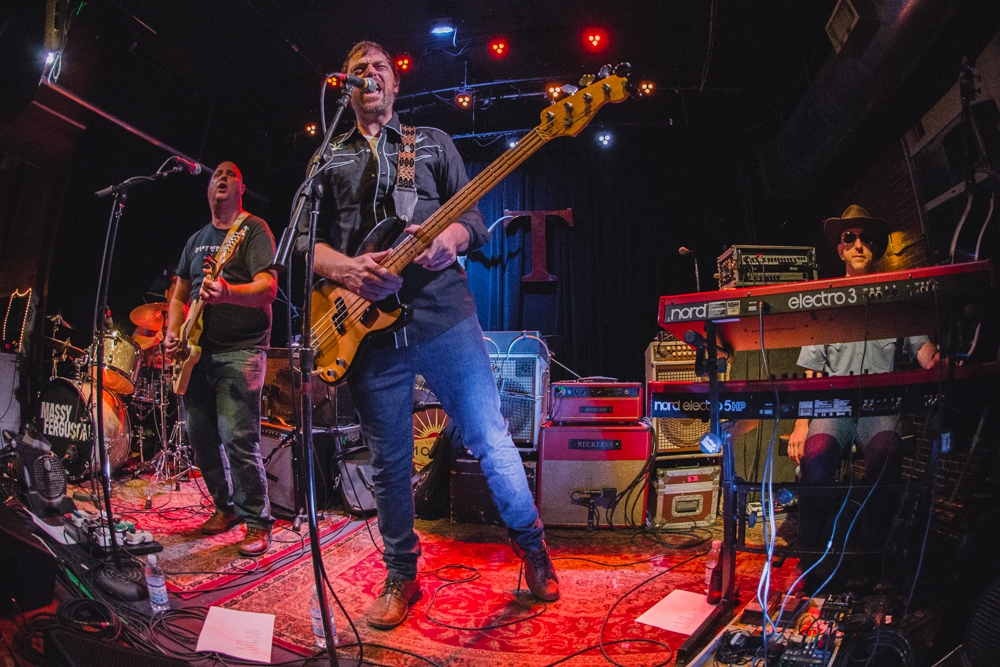 Seattle’s Massy Ferguson has had a pretty busy summer. After playing numerous Northwest music festivals and a whirlwind UK tour, they also made time for some one-off shows in and around Puget Sound. One such show was last week when they opened for Austin’s Reckless Kelly over at Tractor Tavern where both bands played in a blazing hot room & sweated out some hot tunes for the massive crowd.

Requesting towels and tequila shots, MF’s lead singer, Ethan Anderson, tried to keep his cool throughout the set to no avail. That room was HOT!  He even ended up rocking so hard, the laces in his shoes became untied, and there was no turning back. You may think they left all of their energy on that stage, but they’ve got plenty more to share. The band will return to The Crocodile to headline their first show in seven years there, on Friday September 15th. The line-up is stacked, with guests Star Anna, Sarah Gerritsen & The Shadow Catchers, and DJ Indica Jones, and will surely be yet another high-energy event. Someone should call ahead and make sure they’ve got plenty of stage towels, and tequila shots poured and ready, they’ll need ’em.

Mocha Charlie is an amazing photographer who has a real passion for music. She covers and shoots several shows per month in and around the region. She a brilliant photo journalist but most importantly, she is also a mother who does her best to balance out her life and live it to the fullest. Mocha Charlie uses her passion and talent to support the community, her friends and family any way that she can.
Related ItemsBallardbandsConcertFeatureMassy FergusonMocha CharlieMusicReckless KellyReviewTractor Tavern
← Previous Story Sir Mix A Lot + Meat Puppets = Rock the Boat ’17
Next Story → Bobaflex to bring their Eloquent Demons Tour to Studio Seven