Bobaflex to bring their Eloquent Demons Tour to Studio Seven

By Mike Baltierra on September 2, 2017@baltierraphoto 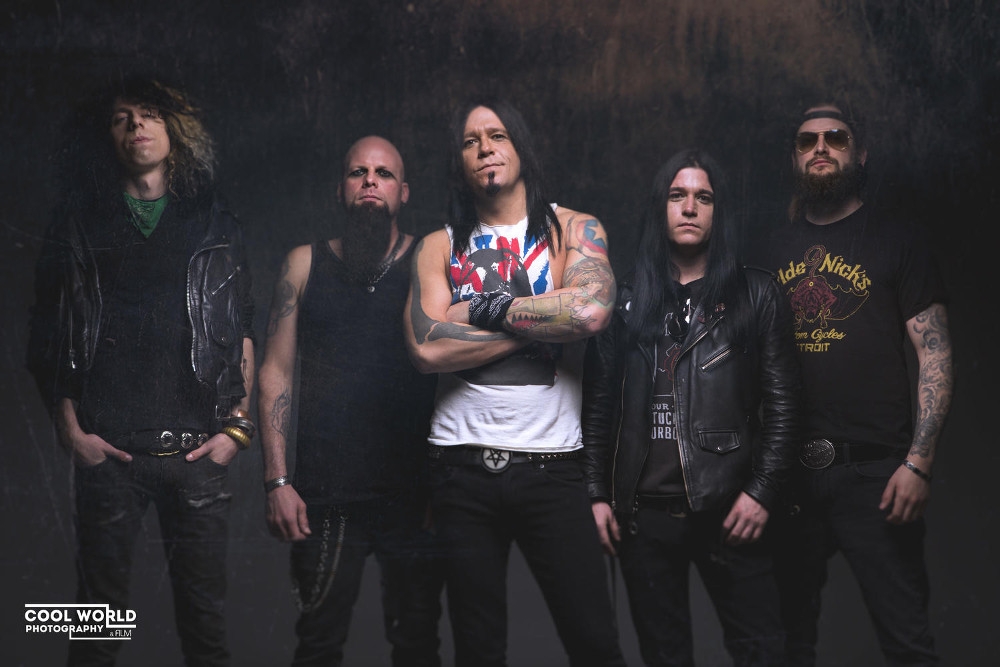 Formed in 1988 in Point Pleasant, WV by brothers Shaun (vocals / guitar) and Marty McCoy (guitar / vocals), and accompanied by Dave Tripple (guitar), Tommy Johnson (drums) and Jymmy Tolland (bass), Bobaflex recently released Eloquent Demons on August 25, 2017. They are well known for their relentless touring and their die hard fan base. The band just recently kicked off their latest tour and are scheduled to play at Studio Seven in Seattle on Sept 21, 2017.

SMI’s Mike Baltierra recently spoke with Shaun McCoy regarding their latest album, Eloquent Demons, touring, the band’s change in musical direction and what Bobaflex does to keep their sanity while on the road.

SMI: What was the thought process or the inspiration behind Eloquent Demons?
McCoy: We had originally discussed naming the album either Five Tales or Infinity Road because each member has a story to tell and the album is about relationships made on the road of life as well as relationships made and past relationships due to the gypsy life, or the life of a touring band, especially when those relationships are centered around family. There was some concern that the title would be a reflection of today’s political climate. I mean, the intro “Eloquent Demons” has a remark stating that “now that we have one of our own has made through the business world and into the White House” we expected a lot of backlash. But, luckily, people have been really cool about the new album and we have been getting some really good feedback.

SMI: Bobaflex is known for constant touring. Seems as though the band spends a great majority of the year touring. How do you maintain your mental well-being and keep yourself healthy when touring?
McCoy: Luckily we have a great group of people around us. We have a great driver who gets me to the gym so I can keep up with my workouts which clears my head and keeps me fit. Most of the day is spent getting ready for the show, doing the show, and heading straight to bed while we travel to the next show. Just like every other band out there, in the beginning we may have partied a bit, but we realized early on that in order to maintain your health and being able to keep our working & touring schedule, we can’t party as hard, so we pretty much cut that out. Instead, we spend that time reading and answering emails, Facetiming with family- which is awesome cause not long ago you had to either write a letter and drop in a mailbox or find a pay phone and call home collect. That put a strain on relationships, but now with technology, it’s easier to keep up with our families and what’s going on at home.

SMI: When Bobaflex came onto the scene, Bobaflex was branded more as a Nu Metal band. Over time, the band has gotten more into heavier rock. Was this intentional or was it a result of maturing as song writers?
McCoy: In the beginning we wrote what we thought was cool and had quirky riffs and over time and along with a few member changes, we decided to just back to our roots and influences and just write some great rock and roll tunes.

SMI: I first experienced Boboflex when they had a support slot during the Gigantour Tour. I lost track of the band until Bobaflex played Studio Seven in Seattle in 2016 as direct support to Ill Nino and thought “these dudes got HEAVY!” Has this been a common reaction? Or have you alienated your earlier fans or gained new fans because of the changed in musical direction?
McCoy: Thanks for noticing and thanks for the comment. But, in regards to a change in musical direction, again it was something that was intentional. We wanted to get back to writing straight forward and in your face rock. We do like to change things up and keep our fans on their toes. Luckily over time, our fan base has gotten bigger. So it seems like we’re doing something right.

SMI: Eloquent Demons, though an incredible album, seems to be a little mellower than its predecessor, All That Remains. Was this intentional or was it just how this album flowed during the writing process?
McCoy: Was intentional and a product of thinking outside of the box. We wanted to make our “bread and butter” album. We wanted to create and produce a solid Bobaflex record, and I feel that we achieved that.

SMI: Why did the band decided to record Pink Floyd’s “Hey You” and make it the new album’s first single?
McCoy: We recorded that song before we recorded any of the tracks for the new album. We were going to release the video as a way to let our fans know what we are ready to go to the studio and put out some new music. But, we decided to release it as a track on the album.  It fits perfectly with the theme and vibe of the new album.

SMI: Based on the band’s website, it looks as if Bobaflex will be on the road until mid-December. What are the post tour plans? What are the plans for 2018?
McCoy: We are going to mid-December so we can have time to spend the holidays with our families and loved ones. We start the next leg of the tour by going south because it’s not nearly as cold as the North East. You don’t want to be in the North East in the winter. It’s too darned cold! So typically we tour East Coast to Mid-West to West Coast in the late summer and fall when it’s not too hot and then down south when it’s not too cold. Works well for us.

SMI: Other than going to the gym and keep up with family back home when on the road, what do you to occupy your free time in some of your favorite spots or stops on tour?
McCoy: I will say that we love Madison, WI and that town has a huge Bobaflex following. Every show is a sort of homecoming for us….We play to huge crowds there and we actually played a large show at the capitol building there. It was crazy! But, we really love places like Boise, ID and Spokane, WA – actually any place we visit is great. That’s one of the great benefits of touring – being a tourist! Taking in the sites and the scenes. Every time we come into town it’s a new adventure.

SMI: Your brother Marty has stated in previous interviews that music videos is the best way to reach your audience and it can have a bigger impact that radio airplay. Do you agree with his comment?
McCoy: Yes! Getting videos out on YouTube is very important. Introduce a band to someone and that’s the first place they go to, YouTube. Though YouTube has changed its monetization model and the amount that they pay out, it’s one of the best ways to get recognition. Next would be streaming services such as Spotify and iTunes.

SMI: What is your biggest musical influences?
McCoy: The soundtrack to the movie “Flash Gordon”. Queen was great on that album and the songs fit so well with the movie. Brian May and Freddie Mercury were great and the album had some great songs on it. I would love to create something that has that big of impact. For me it’s one of the greatest albums of all time.

Tickets for Bobaflex at on September 21st at Studio Seven can be purchased here.

Click here to purchase a copy of Eloquent Demons. 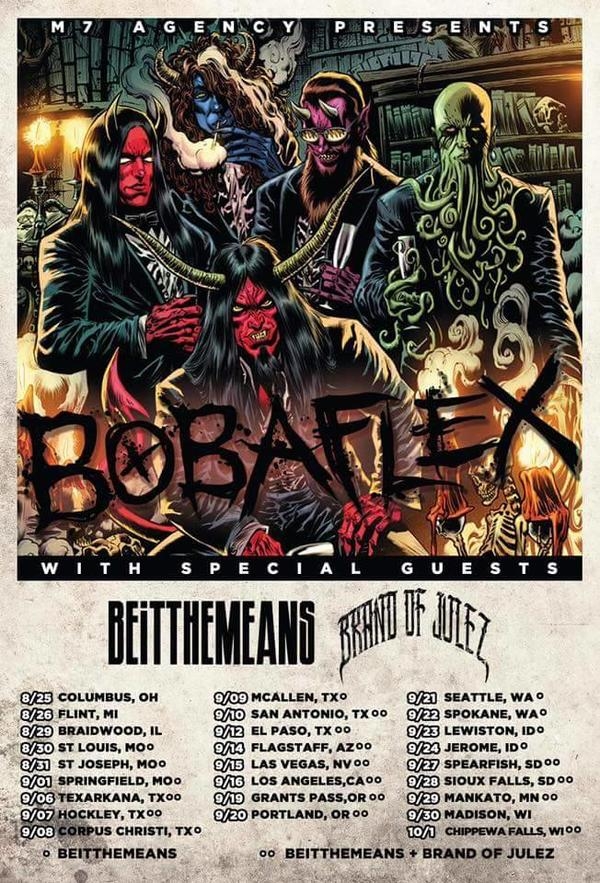