By Mike Baltierra on September 13, 2017@baltierraphoto 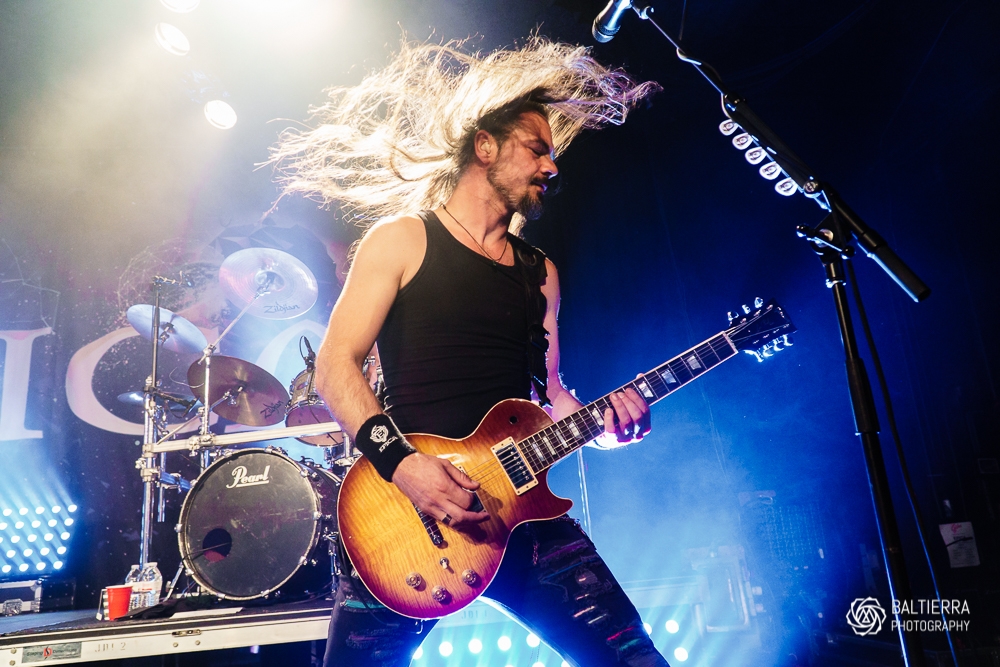 Dutch symphonic metal band Epica returned to Seattle to perform at the Showbox on Monday, Sept 11. It has been less than a year since they performed at Studio 7. The band is touring behind their latest release The Holographic Principal. Judging by the large turnout and anticipation as the audience grew impatient waiting for the band to hit the stage, one could sense that this would be an incredible evening.

Epica made their way onto the stage, starting with drummer Arien van Weesenbeek, followed by bassist Rob van der Loo, keyboardist Coen Jasen, then guitarists Mark Jansen & Issac Delahaye and finally lead vocalist Simone Simons. They then proceeded to perform a ninety minute, blistering set that had everyone in the crowd first pumping, head banging and moshing the enter time.

The set consisted of material that spanned Epica’s entire catalog, with a great majority of the songs coming off of The Holographic Principal. From “Edge of the Blade” to “Wheel of Destiny” to “Universal Death Squad,” the band charged full steam ahead and the venue was along for the ride. The crowd was fired up for the entire set, and during “Dancing In A Hurricane” and “Beyond the Matrix” the band fed off the room’s energy.

In direct support were Italian gothic heavy metal band Lacuna Coil. The band is made up of vocalists Andrea Ferro and Cristina Scabbia, bassist Marco Coti Zelati, guitarist Diego Cavallotti and drummer Ryan Blake Folden. The band performed for a solid hour, playing many fan favorites such as “Spell Bound,” “Heaven’s a Lie,” “Our Truth” and “The House of Shame.”

Also on this evening’s solid bill were melodic death metal band Insomnium, who are based out of Finland and consist of Niilo Sevänen on vocals and bass, Ville Friman on guitars and vocals, Markus Vanhala with more guitars, and Markus Hirvonen on drums. Insomnium got the crowd fired up with their entertaining forty minute set.

Getting the evening started were symphonic metal heads Elantris who are based out of Lisbon, OH. The band featured Thomas Ullom and Lindsay Victoria Ketchum on vocals, Erik Liber on drums, John Dobosh on bass, Mark Liber on keys, and Garrett Chetock on guitar, and they got those were arrived to the venue warmed up for the show that followed.

Encore
Santa Terra
Beyond the Matrix
Consign to Oblivion