By Mike Baltierra on September 18, 2017@baltierraphoto 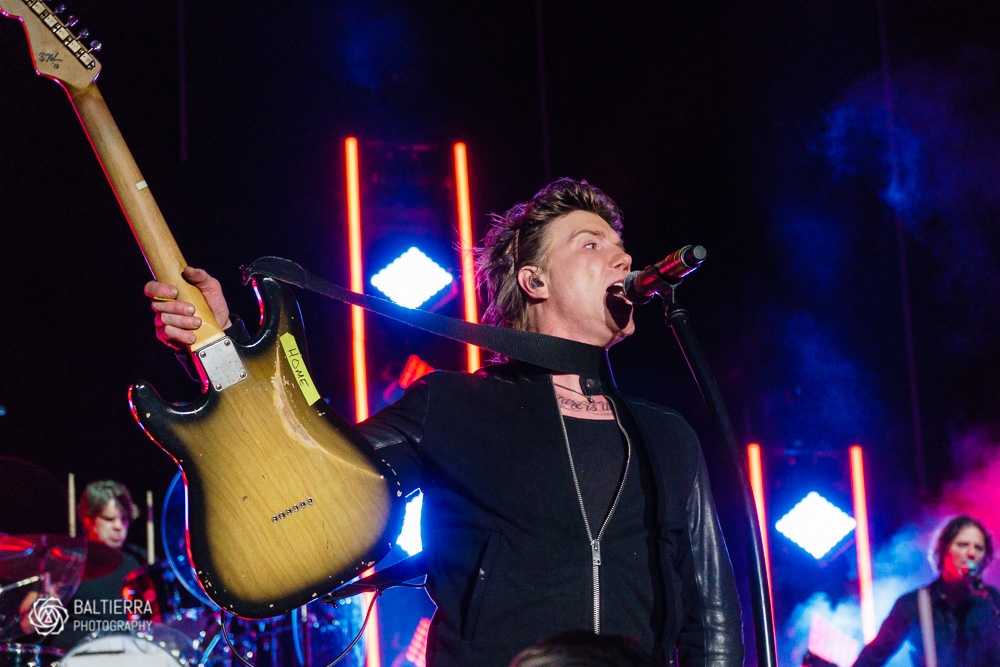 The Goo Goo Dolls are an American rock band that formed in Buffalo, NY by vocalist / guitarist John Rzeznik and bassist Robby Takac, and are currently accompanied by touring guitarist Brad Fernquist, keyboardist / guitarist Korel Tunador and drummer Craig Macintyre. The band is on the road for their Long Way Home Summer Tour. They performed to a near capacity crowd at Chateau Ste Michelle Winery in Woodinville as a part of the winery’s Summer Concert Series on a perfect late summer evening.

With a good mixture of their set coming from their latest release Boxes as well as Dizzy Up the Girl, the band also touched upon Gutterflower, Magnetic, A Boy Named Goo and Superstar Car Wash. The twenty plus song set list was great selection of classic hits, and the crowd, ranging from younger newer fans to older fans who have been following the band for decades, could not have been happier.

As the lights went down the band launched into “Tattered Edge/You Should be Happy,” which had members of the audience making their way as close to the stage as possible. Without missing a beat, the band jumped right into “Home,” followed by “Slide”. Rzeznik’s voice sounds incredible live. He also had an incredible stage presence, and interacted with the audience with every opportunity given. Rzeznik played acoustic guitar most of the evening as the band played a large selection of their hit singles. Takac was a ball of energy, running around and rocking on stage. He also provided lead vocals on a hand full of songs, giving the sound of those songs a more of a punkish feel. This allowed Rzeznik the opportunity to move about more freely and to work the crowd on each side of the stage.

It was pretty amazing how great the band sounds live. They sounded just as polished and precise as they do on their recordings. Throughout the evening, the band showered the audience with balloons, much to the delight of those in the crowd. The highlight of the evening came with the powerful and emotional performance of the Goo’s massive huge hit of the 90’s “Iris.” The crowd sang along very loudly with Rzeznik. The band finished their evening by performing “Boxes.”

Opening the evening was Phillip Phillips who recently released a new single, “Miles,” which follows his 2014 debut album Behind the Light. The former American Idol season eleven winner and his band performed many of popular hits such as “Home,” “Gone, Gone, Gone” and “Raging Fire.”