By Mike Baltierra on September 24, 2017@baltierraphoto 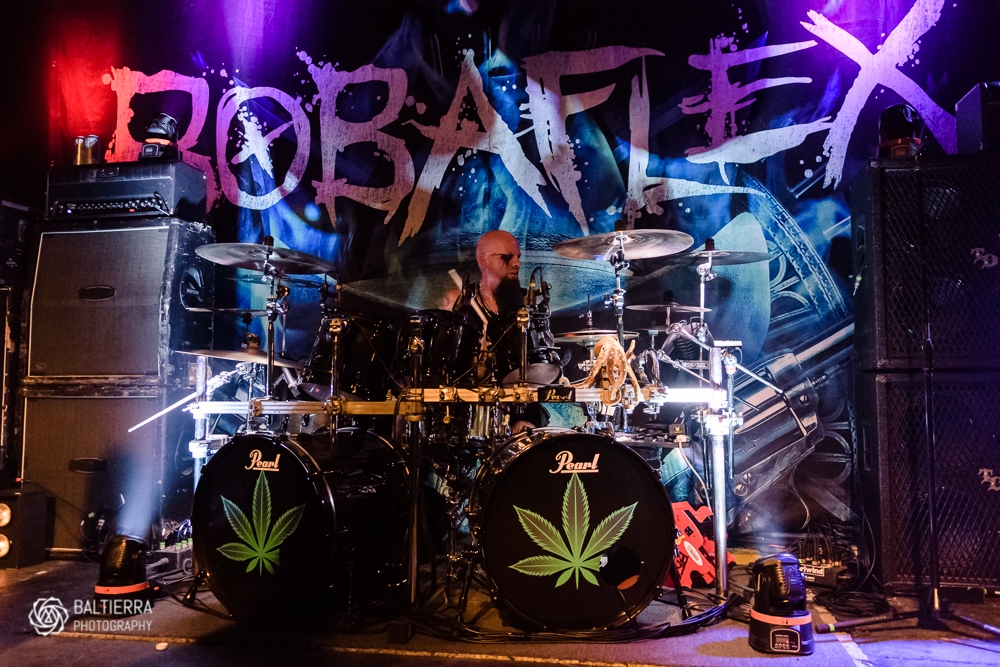 The hardest working band you never heard of, Bobaflex, brought their Eloquent Demons tour to Studio Seven in Seattle. Sadly, there wasn’t that great of a turn out, but the band played and rocked just as if they were playing to a jam packed arena. These guys are always solid when they play live and this show was no exception.

Shaun McCoy (vocals / guitars), Marty McCoy (guitars / vocals), Dave Tipple (guitar / vocals), Jymmy Tolland (bass / vocals), and Tommy John (drums) came on stage as the intro track “Eloquent Demons” played over the sound system and then they proceeded to blast right into “I Am a Nightmare”, “I’m Glad You’re Dead” and “Chemical Valley”. The band was putting all of their energy into their performance, and Shaun was getting close and personal with the crowd.

The band slowed the tempo a bit as they performed “Never Coming Back”, “Bad Man”, and the melodic “Off with Your Head”. “Long Time Coming”, which is their latest video single release, was a great grinder of a tune, and the crowd was fist pumping and head banging along. Bobaflex then performed a cover of Pink Floyd’s “Hey You” with near perfection. The band then finished out their short set with “Bury With My Guns On”.

The band spent the rest of the evening interacting with the fans, shaking hands, taking pictures and signing autographs. This band definitely appreciates their fans as much as their fans appreciate them.

Direct support for Bobaflex were Beitthemeans, who are comprised of Josh Jones (guitar / vocals), Casey Wilson (bass) and Nathan Kelley (drums). They are based out of Birmingham, AL and their album Marble City Secrets Are off in the Black was released back in 2014. The band played a killer bluesy, swanky, hard rocking set that was great to witness live. They are a band you need to have in your playlist, if they aren’t already.