By Kriston McConnell on September 24, 2017@Kristonisms 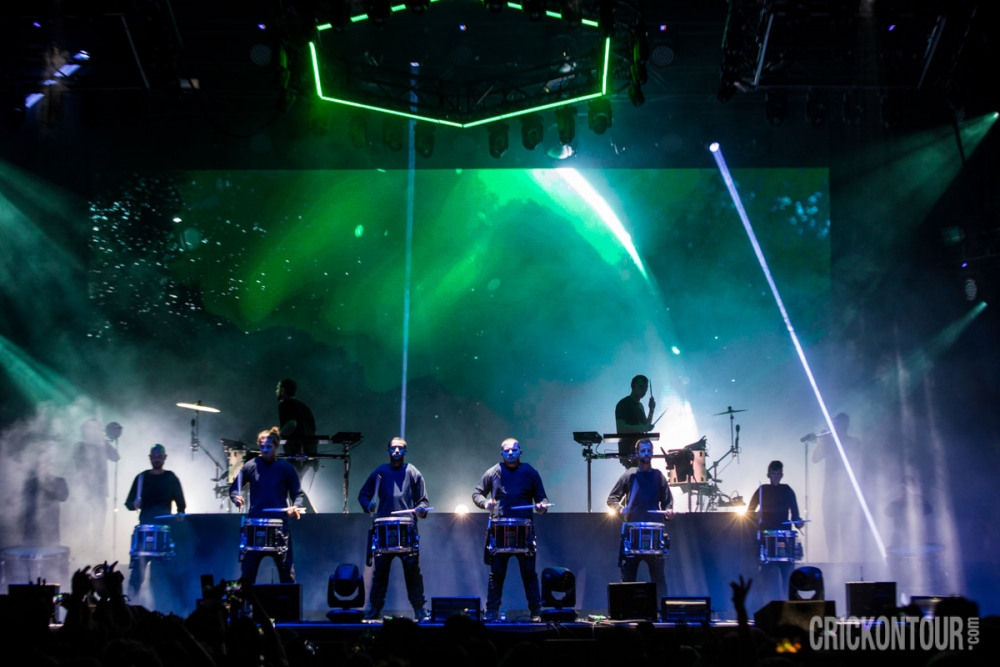 Day Three of Bumbershoot turned out to be a bit of a disappointment, despite some standout performances. It was announced that Haim would not be performing as one of the sisters had laryngitis and couldn’t perform. As they were one of the few headlining female acts for the entire weekend, it was a shame festival-goers weren’t able to see them. Aside from that setback, Sunday had few other bumps until the very end.

We’ve said it before, and we will continue to do so – there are so many talented local bands in the Seattle area. The Pacific Northwest in general, has some pretty stellar musicians. They are always welcome with open arms in Seattle. One local artist that was worth checking out on Sunday was Crater. The group offers an experimental electronic-pop sound, which is always fun to see live.

Some other performances worth mentioning were Leikeli47, X Ambassadors, Red Fang, Cash Cash and Spoon. Since Haim had to cancel their performance, Spoon ended up with a longer set. The band has been around since 1993, so they had plenty of songs in their repertoire to fill up some additional stage time. Though it was disappointing to miss one of the only female headlining acts, it was great to see Spoon put on a fun performance.

Solange was the underrated highlight of the night. While Odesza’s performance was loud and over the top, Solange’s was quietly ferocious. She and her accompanying dancers/performers were bathed in a red glow the entire set, and donned outfits that hailed back to ‘70s era attire. While her songs were mostly low key, Solange and the performers on stage engaged in coordinated dances that were powerful and inspiring. During her song “F.U.B.U.,” she climbed down to the crowd and held a young girl’s hand while repeating the lyrics “this shit is for us.” The girl was singing along and crying – it was a beautiful moment to behold and the audience screamed with joy when the girl’s face was shown on the stage monitor.

Closing out Memorial Stadium was the electronic behemoth known as Odesza. Their performance was impressive to say the least – they pulled no punches for their hour and a half long set. Despite the fact that about 30 minutes in they lost power for about ten minutes (apparently people in the photo pit had stepped on some cords which came unplugged) the show was nonstop fun. They not only had their drum line come on stage multiple times to perform, but they brought along some guest performers to sing their parts for songs they collaborated on. This included Naomi Wild for “Higher Ground,” Wynne for “Line Of Sight,” and Leon Bridges for the unreleased new single “Across The Room.” The band’s light show was simultaneously phenomenal and blinding. The dramatic backlighting showed fans silhouettes of their favorite DJs.

No headlining DJ set would be complete without fire, confetti or fireworks – so Odesza had all three. The audience lost their minds the first time flames burst from the stage. Near the end of their set, with lights blazing, a huge amount of confetti exploded from the sides of the stage and rained down on the audience. To close out their set, fireworks were set off into the sky, marking the end of Bumbershoot 2017.

Overall, Bumbershoot 2017 was fun and there was a great variety of bands to check out. The festival seems to be leaning towards attracting a (mostly) younger crowd, and those efforts appear to have paid off this year. The lineup was a bit smaller than in years past, but that just means the festival can afford to bring in more of those big name artists to draw in the larger crowds.

Kriston began her writing career as a passionate music fan. She attended dozens of shows, purchased CDs, vinyl and even cassette tapes of artists she barely even heard of. Shortly after joining a band's street team she happened to meet blogger Jacob Tender (now with Alternative Press) who asked her to write for his blog. After a couple of months he joined the staff of Under The Gun Review, and brought her along for the ride. After spending four years as a major contributor to the publication she moved on to be a web content contributor for New Noise Magazine, whose print magazines have a national reach.
Related ItemsAlex CrickBumbershootCash CashFeatureHaimKriston McConnellLeikeli47OdeszaRed FangSolangeSpoonX Ambassadors
← Previous Story Bobaflex Rocks Studio Seven
Next Story → New Music: Eldridge Gravy