A bittersweet farewell to Bradford Loomis 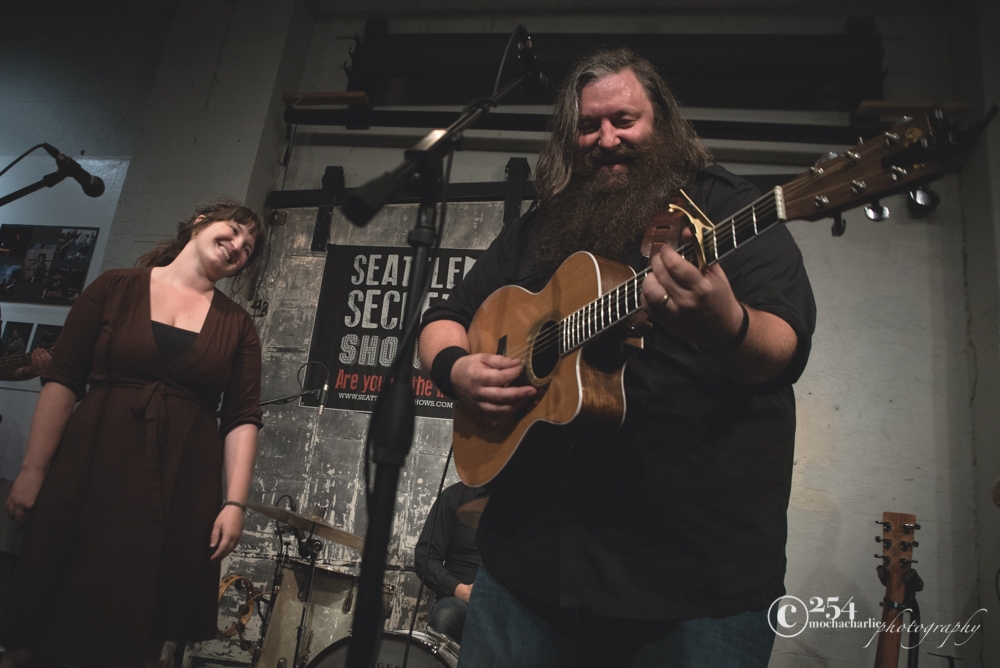 On the night of the first major rain in Seattle in nearly 3 months, we said a bittersweet farewell to a local staple, and bigger than life voice in the local music community, Bradford Loomis. As he prepared to move his family to Nashville to pursue further music and voice opportunities, his friends gathered to ensure his sendoff was a memorable one. It was fitting that his last show was with Seattle Secret Shows, as the Watt sisters gave him a platform to cultivate his Seattle music career as well as extended support when he was on the brink of quitting music, as he told the audience in an emotionally charged story.

The list was long of the friends on the bill to support Loomis. Starting the evening was Kate Lynn Logan with Dan Tyack on the steel guitar. Next up was Nick Foster, also with Tyack on steel guitar and Jonathan Berry with backup vocals and violin. Matt Hart and Aubrey Zoli of The Local Strangers performed some new songs they’ve been working on, as well as their single “Pilot Light,” at the request of Loomis. Sarah Gerritsen brought along Carina Lewis for soulful songs that brought everyone pause just before the grand finale.

As Bradford took the stage he had many guest singers with him. First up was Kristen Palmer who had her newborn baby, Norah, against her chest as she sang in front of the sold out crowd. Stephanie Anne Johnson then took the stage to accompany Loomis through the next few songs. Aubrey Zoli with The Local Strangers joined Loomis for his raucous, “Wanted Man.”

Last but not least, Beth Whitney, Bradford’s The Banner Days band-mate, surprised everyone by showing up and singing a song with him. It was an emotional night for everyone involved and tears were shed. It was a brilliant send-off for a boundlessly talented musician. Best of luck in Nashville, Loomis family!