Scorpions And Megadeth On A Crazy World Tour 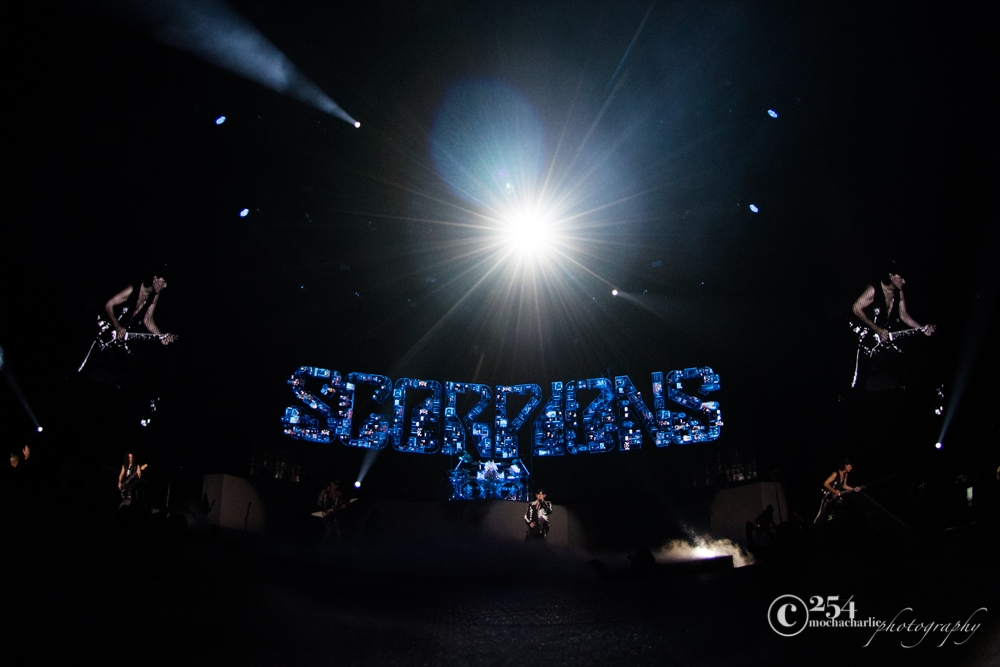 I was quick to purchase tickets for Scorpions last Saturday at The Tacoma Dome, as part of their “Crazy World Tour“, the second they went on sale way back in April. With the show selling out quickly, perhaps I wasn’t the only one with that the similar mindset. I was not going to miss out on seeing them again after more than 30 years. (Their “Love At First Sting” tour brought them to the Tacoma Dome back in 1985, and I had missed them each time they played in our region ever since.) Having the opportunity to capture them with my lens – and being able to share the images here – made the event last weekend even more memorable.

For me, when it comes to seeing bands from my youth, it brings out magical feelings of musical reminiscence. Some call them, well, tears. Let me be the first to tell you, there is no shame in shedding them. When you recall memories that may have been trapped, the emotions that suddenly pour free when you envelop the music from an artist that you haven’t seen in decades are nothing to hide. It’s taken me nearly four days to come up with words to post, and it’s hard to get past the fact that it was emotional.

Hearing those songs performed live sent chills down my spine. Singing along – with a cheerful grin on my face – I felt every beat, strum, and chord, as they all resonated within me, and I enjoyed every moment. The light show, the giant LED screens, the enormous mirror ball, and the rising drum kit, all made for spectacular imagery that surrounded some of my favorite songs from my youth. It was extensive, impressive, and magical.

Although Scorpions line-up has changed over the years, one thing has stayed true. Klaus Meine can still sing, and the rest of the band can still back him up on each and every note. Newest member, Mikkey Dee (Motorhead), is a great addition. One point in the show the band paid tribute to his former band, (including a video montage on the large LED screens of lead singer, Ian “Lemmy” Kilmister), followed by showcasing Dee’s drum skills with an extended solo as his drum kit rose above the stage.

Megadeth opened the show playing just shy of a dozen of their songs, warming up the sold out Dome. Surrounded by stage smoke, and multi-colored lighting effects, they rocked drum and guitar solos throughout, digging deep into the hearts of the metal fans among the crowd.

The US portion of the tour wraps up mid-October. Megadeth will then head down to south America for a few shows, and Scorpions will head back across the pond, playing multiple European dates through the end of November.

Going Out With A Bang

We Built This House

Acoustic Medley: Always Somewhere/Eye Of The Storm/Send Me An Angel

Mocha Charlie is an amazing photographer who has a real passion for music. She covers and shoots several shows per month in and around the region. She a brilliant photo journalist but most importantly, she is also a mother who does her best to balance out her life and live it to the fullest. Mocha Charlie uses her passion and talent to support the community, her friends and family any way that she can.
Related ItemsCrazy World TourFeatureMegadethMikkey DeeMocha CharlieReviewScorpionsTacoma Dometouring bands
← Previous Story Everything I learned from Tom Petty
Next Story → Closing Night With City And Colour At The Paramount