I Prevail RAGES at Showbox SODO 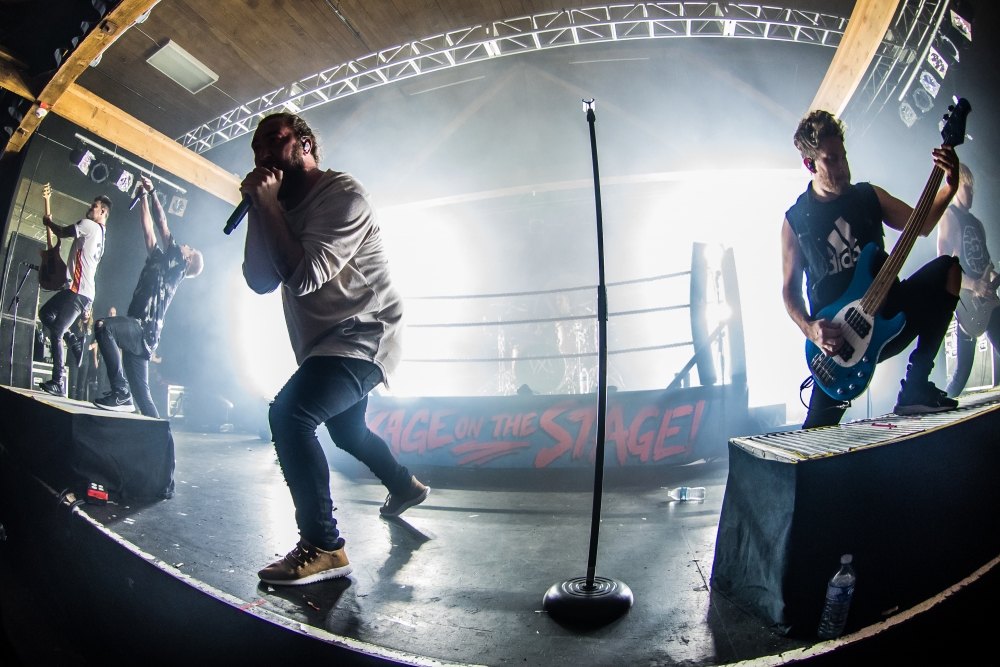 I Prevail at The Showbox SoDo (Photo by Mocha Charlie)

Throwing out names for band tours, you often wonder why names are chosen, and who comes up with the concept. Regardless, if a band gets any say, they tend to make it count. I Prevail‘s lead singer, Richard “Eric” Vanlerberghe, called out the fact that they wanted a boxing ring on stage for their current tour stage set up. Why? “Because we f****** wanted one”. They also had no qualm about sharing who and why their tour mates would be out on their “Rage On The Stage” tour. They joined forces with Escape The Fate, We Came As Romans, and The Word Alive. Why? “Because we f****** wanted to.” They all raged over at Showbox SODO late last month to a sold out crowd, and they’re continuing to rage across the country into December.

Mocha Charlie is an amazing photographer who has a real passion for music. She covers and shoots several shows per month in and around the region. She a brilliant photo journalist but most importantly, she is also a mother who does her best to balance out her life and live it to the fullest. Mocha Charlie uses her passion and talent to support the community, her friends and family any way that she can.
Related ItemsEscape the FateFeatureI PrevailMocha CharlieRage On The StageShowboxShowbox SodoThe Word AliveTourwe came as romans
← Previous Story Barb Wire Dolls Heading To Louie G’s Pizza
Next Story → THE NEXT STAGE OF ARTIST: NODRA