By Mike Baltierra on October 18, 2017@baltierraphoto 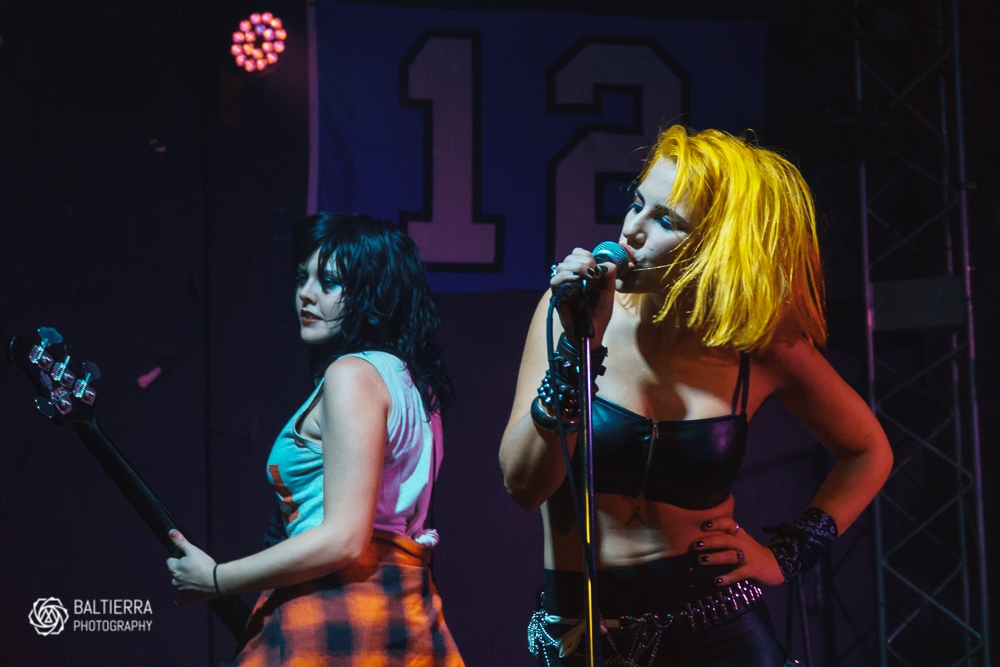 Punk rockers Barb Wire Dolls made a stop at Louie G’s Pizza in Fife during their North American tour. The band is touring in support of their latest release, Rub My Mind. This is the band’s second visit to the Seattle area this year, the last visit was during the Vans Warped Tour.

Next up were South Korea’s 57. They are a two person band made up of Snow (drums) and Jun (guitar / vox) and they put on a blistering show. Hard heavy riffing and solid beats on the drums had the crowd blown away by the energy coming from the stage and the sound coming out of the sound system.

Svetlanas hails from Russia and is made up of Olga (vocals), J.J. (guitar), Steve Stewie Armeli (bass), and Diste (drums), and they delivered a seriously awesome, ass kicking set that no one expected. The band has been around since 1977, is described as the most dangerous band in the world, and are apparently banned from their home country.  Svetlanas killed it with some seriously heavy cross over rock and punk that sounded a lot like D.R.I. with some Fear thrown in. With their singer Olga jumping around on stage and eventually jumping into the crowd, the band was insanely good and you need to go check them out.

Barb Wire Dolls played with intensity and delivered a solid performance. The band was definitely on fire and they delivered a hard charging set list that kicked everyone’s ass that came out to check them out. Isis Queen (vocals), Pyn Doll (lead guitar), Krash Doll (drums), Iriel Blaque (bass), and Xtine (rhythm guitar) melted everyone’s faces from beginning to end.

The band’s set list centered mostly on the band’s last two releases, Rub My Mind and Desperate. The band was solid, tight, and very fun to watch and listen to. Isis Queen has an incredible stage presence and can easily command and control the crowd. The rest of the band was rocking and jumping around the stage and everyone in front of the stage were head banging and jumping right along with the band.

Barb Wire Dolls’ Set List
Heart Attack
Blind To Your Misery
Surreal
Take Me Home
If I Fall
Where Mountains Drink the Wine
Call Me
Hole of Isolation
Desert Song
Contract
I Will Sail
Fade Away
Back in the U.S.S.A.
We Are Champions