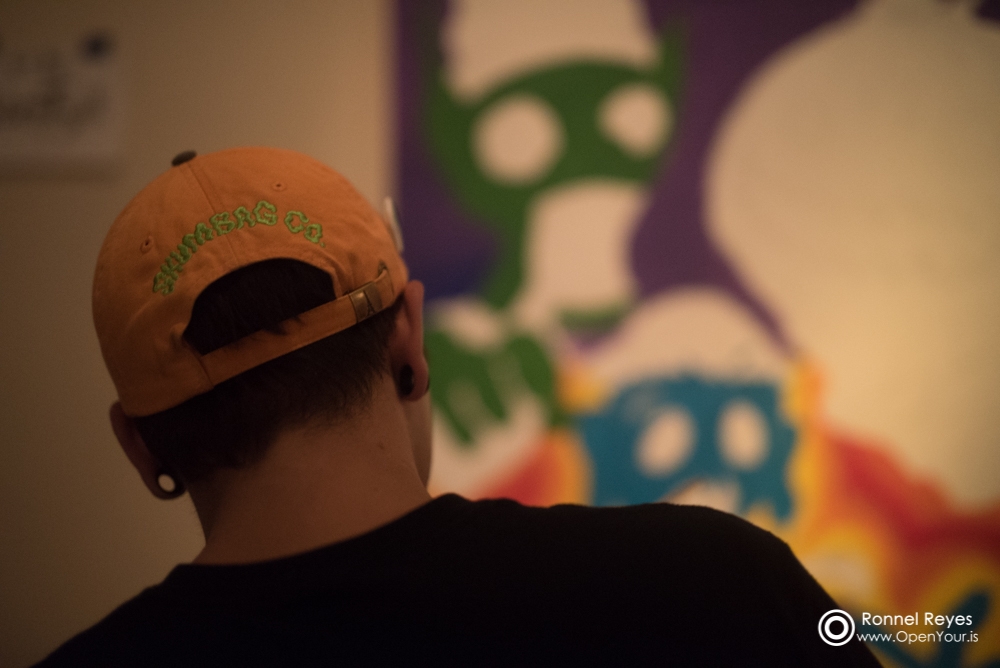 Urban Dictionary definition: Scumbag – (1.) A low-life human being who is as worthless as a used rubber. (2.) A scumbag is a used condom or rubber. (3.) A person with no sense of propriety, decency or discretion.

The idea that a clothing company would label their brand this way proves America has lost their sense of decency. Why yes!!! I would love to wrap my upper body in old condoms. Good idea, Skumbag Company. It kind of sticks to you, huh?!

The Skumbag clothing company came upon the Everett scene a year ago and thought it would be a good idea to throw an event on Friday the 13th, to give “artists” a platform for the night at Black Lab Art Gallery.

But this article is for Seattle Music Insider, so I will stick to writing about the bands.

The clothing company celebrated Friday the 13th with 2 live painters, live t-shirt silkscreening and three bands which are still trying to figure out how a musical instrument works or just gave up entirely on writing a song of their own.

The stage opened (late) with Johnny Hoffman and The Residents. The two man ensemble shared a bromance based solely off not learning what a metronome is. Pretty much amputees for musicians…. can’t hold a note, can’t carry a tune.

Next up in this debacle of music was Monsterwatch. Have you ever seen Nirvana? Well… neither has this band outside of 90’s MTV interviews and music videos. They sounded like the knuckle children of the Bleach album. They did play original songs. One that stuck out the most was “Who are you to tell me who I am?” and to be honest, I will tell them they are posers.

I was going to leave but I was asked to write this article, so I was forced to listen to all of these bands.

Just when I thought this night was over and I could save myself from a further headache, another band was brought on: Shrugburn. Shrugburn was a 6 membered band covering the 90’s tough enough to make me think they all can quote the Saved by the Bell TV series in its entirety. They opened up covering more Nirvana. It took twice the number of band members to attempt to cover the grunge legends.

The stage was covered in cobwebs and the late Kurt Cobain was so upset at this musical attempt that he controlled the cobwebs from the afterlife to wrap around the drummer’s arms in hopes they would stop.

After all that, I left. I chain smoked cigarettes all the way home because I realized I could not drink what I just witnessed out of my head.

So, to Skumbag and the rest of the night’s talents: good luck in all your future endeavors.