By Mike Baltierra on October 31, 2017@baltierraphoto 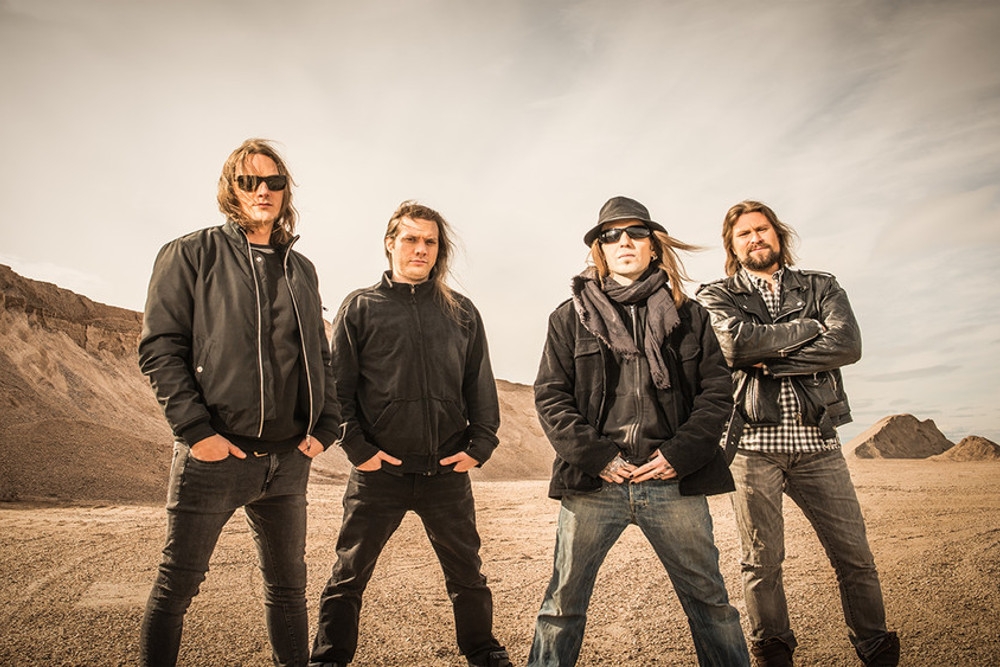 Finnish extreme metal band Children of Bodom are currently touring across North America and they are bringing their 20 Years Down and Dirty Tour to El Corazon in Seattle on Tuesday November 7, 2017. The tour is commemorating the anniversary of Something Wild, which is their debut album and was released in November of 1997. 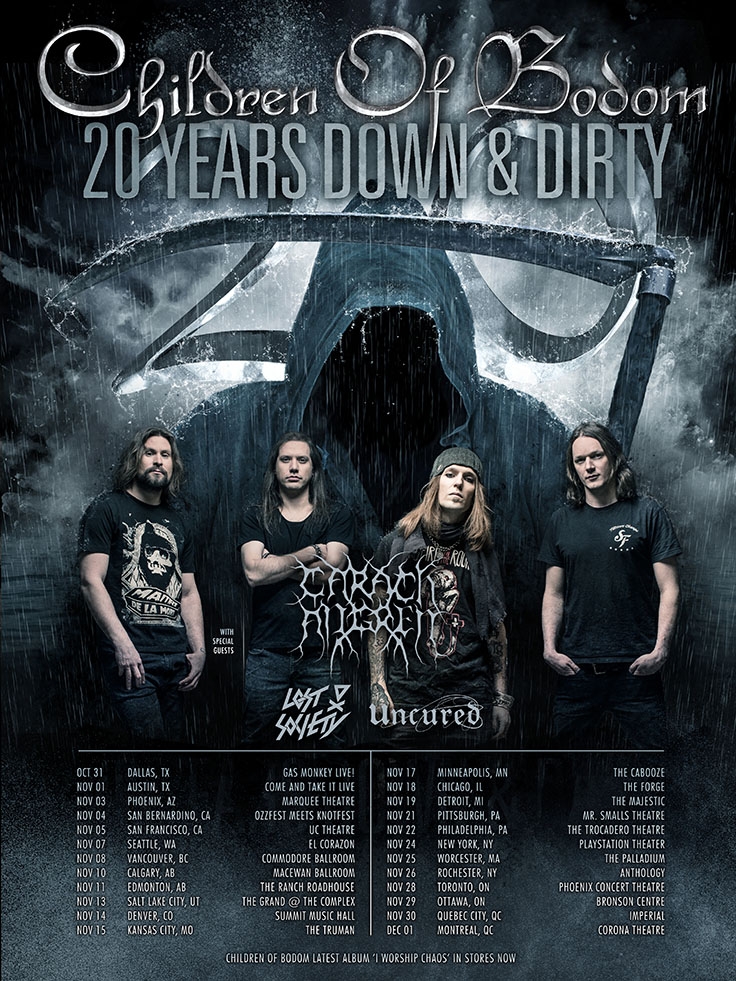 The band is Alexi Laiho (guitar / vocals), Jaska Raatikainen (drums), Henkka Blacksmith (bass), Janne Warman (keyboards) and Daniel Freyberg (guitar). Formed in 1993, Children of Bodom have incorporated many different genres of music into their unique sound. Melodic death metal, thrash metal, symphonic black metal, or neoclassical metal – their unique brand mix of melodic hooks and instrumental acrobatics have solidified them as one of the leading voices of music’s new generation.  The name Children of Bodom was inspired by a horror story of the unsolved mystery of three teenagers which occurred in 1960 along the shore of Lake Bodom.

As posted on the band’s website, Laiho comments “after rolling thru Europe doing the 20th year anniversary tour, we were honestly pretty bummed out to find out that we wouldn’t have enough time to bring the tour to America since it was absolutely a blast for both the crowd and the band. But now I’m stoked to announce that as it turns out, we indeed will be able to do this on the other side of the pond so I’m over the top happy about that!! Remember guys, this will be a once in a lifetime experience seeing us playing all kinds of obscure tracks off the first album, stuff from the 2nd & 3rd albums that we ain’t played in over 15 years and the general rule really is that there will not be a single song newer than the Hate Crew Deathroll tracks so it’s all about old school COB! So even if Something Wild isn’t your favorite album, I can guarantee that it will be entertaining, nostalgic and flat out funny as hell to be a part of this madness so that’s one party you just cannot miss! I hope to see you there ladies and gents!”

The 24-date tour kicked off on October 31st in Dallas, Texas with appearances at this year’s Ozzfest Meets Knotfest along with seven Canadian dates before concluding in Montreal on December 1st. Joining the band on this momentous occasion are Dutch masters of horror Carach Angren, Finnish thrashers Lost Society and New Jersey progressive, technical death metallers Uncured.

Click here to purchase tickets for the November 7th show at El Corazon.