80’s New Wave is Alive and Well with Depeche Mode 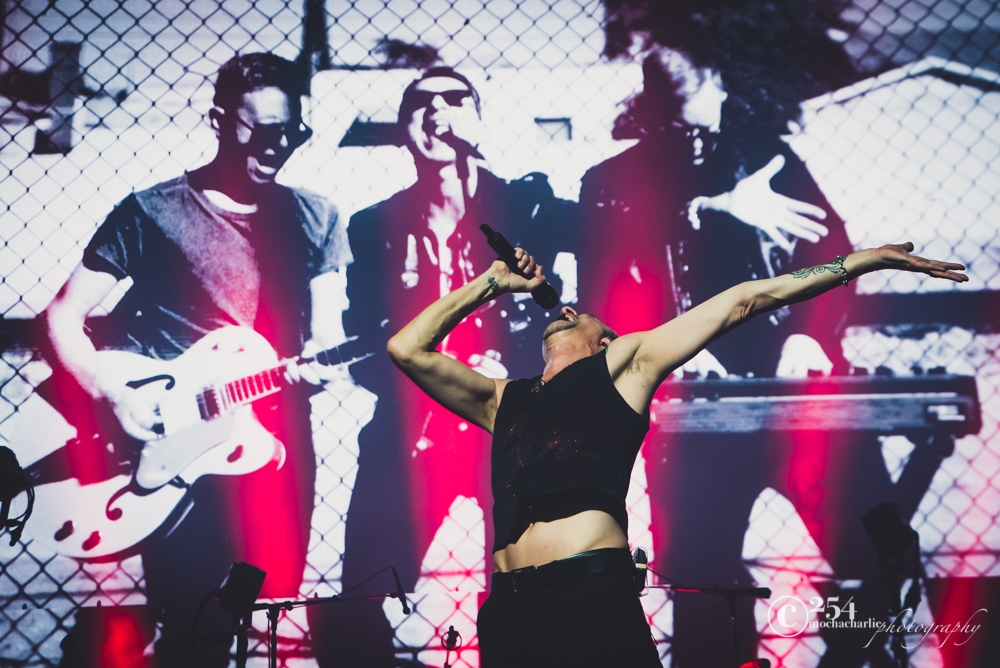 In 1980 Depeche Mode took the British new wave scene by storm, and although it took until 1984 for the band to make waves here in the states, they are proving to stand the test of time, continuing to make music fans embrace, and are still performing shows that fans flock to see year after year.

When they stopped at Seattle earlier in October for their Global Spirit Tour, the sold out crowd was ready. We spotted numerous fans sporting fan T’s from earlier shows over the decades, home made signs, and a few personalized license plates from the early 80’s that fans held high in the air, waving and cheering as the band played. Their setlist consisted of songs spanning their career, and included a few from their most recent, Spirit, released back in March as a deluxe set of seventeen originals and remixes. Its release also coincided with ticket sale bundle purchases for select cities, offering fans “pre” pre-sale codes for concert dates, including the one here at KeyArena.

Warpaint opened the show to a dimly lit stage filled with smoke and bright back lights, enhancing the all woman band as silhouetted musicians as they played a selection of songs from their catalogue, including those from their latest release, Heads Up (9/17).

Depeche Mode took the stage after an intro of The Beatles’ hit, “Revolution,” acting as perhaps an homage, finding similarities within its message, as many DM songs have over the years. Depeche Mode’s songs are riddled with lyrics that showcase band and world views that embody change, for better or worse. DM isn’t starting a revolution, they are a part of one, whether it be a musical revolution or human. Depeche Mode express their thought and feelings through song, proving to multiple generations their ability to continue to write music that is relevant up to today.

Lead singer Dave Gahan was full of energy and prowess, as evidenced by his stellar vocals and physical moves as he danced throughout the band’s set. The rest of the band backed up each song with continued expertise. Each song was showcased by flashing lights, an illuminated stage, and video projections onto large LED screens that captured both live moments on stage as well as video images and snapshots of the band from years past, along with videos containing visuals that went along with the messages of songs. Upon the band’s exit off the stage in a shroud of darkness at the end of their main set, the venue lit up with thousands of cell phone lights as fans anticipated an encore. Opening the encore, original member Martin Gore gave a stunning solo performance of the band’s hit “Somebody” as fans continued to flash and wave their lights high in the air. The energy within the venue and on stage never ceased until after the last note of the last song, and perhaps one of their hottest releases over the years “Personal Jesus.”

Mocha Charlie is an amazing photographer who has a real passion for music. She has her finger on the Pacific Northwest music pulse. She covers and shoots several shows per month in and around the region. She a brilliant photo journalist but most importantly, she is also a mother who does her best to balance out her life and live it to the fullest. Mocha Charlie uses her passion and talent to support the community, her friends and family any way that she can.
Related ItemsDepeche ModeFeatureKeyArenaMocha CharlieSeattleTourWarpaint
← Previous Story Greta Van Fleet Packs the Tractor Tavern
Next Story → The Ramones’ hairy resurrection