By Christine Mitchell on November 7, 2017@Housetornado37 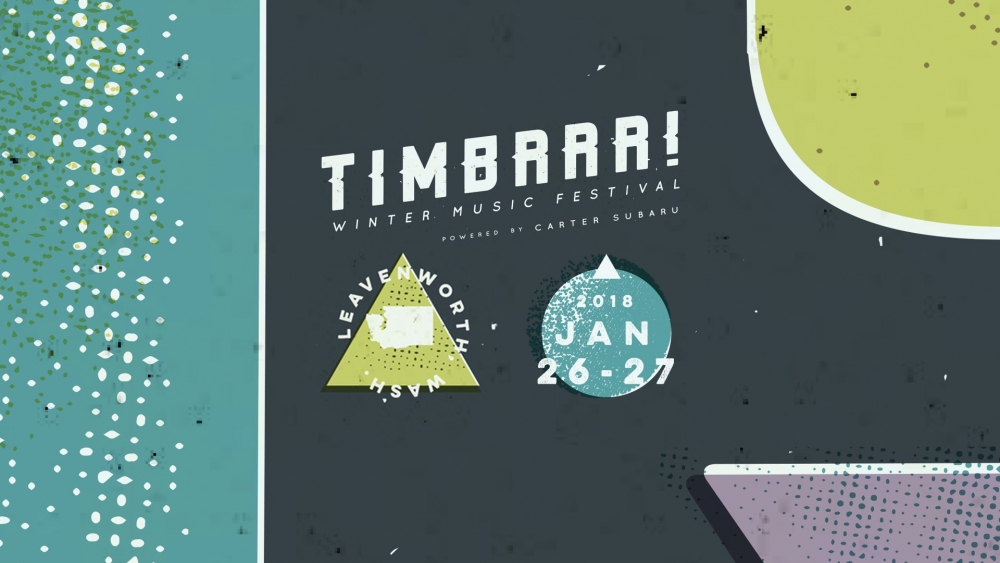 Honestly, who doesn’t get a little giddy at the prospect of Leavenworth in the winter? The little Bavarian-ish paradise, with its snow and twinkling lights, tasty restaurants, and cozy bars holds a charm that few can deny. It was definitely a factor when Artist Home decided to host the first Timbrrr! Winter Music Festival in the town five years ago. It’s also what makes Timbrrr! one of the most magical festivals around. Thank goodness it’ll be back this coming January 26th and 27th. Tickets are available, and the lineup looks to be as hot as the weather will be chill. 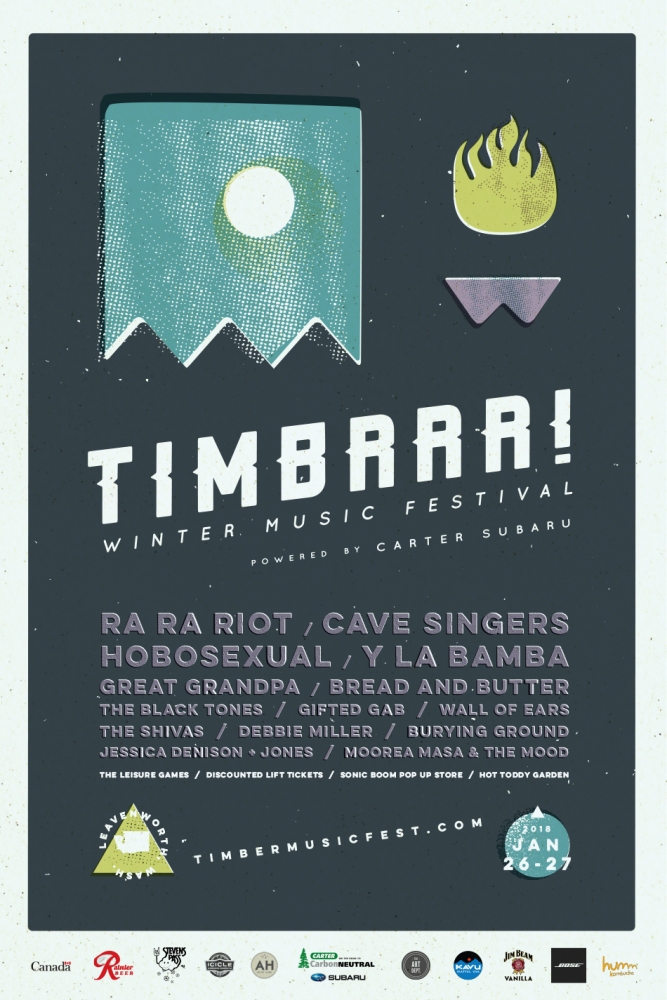 Imagine sipping a beer, sitting at an outdoor fireplace, listening to a band play. Maybe it’s Moorea Masa & the Mood, or Canada’s Burying Ground. Imagine cradling a hot toddy cocktail in your palms while taking in a rock show after spending the day in a winter wonderland. Imagine that you’re rocking out to Ra Ra Riot, Cave Singers, or Hobosexual, who are returning for their second taste of Timbrrr! since 2015, and fresh off the heels of their latest killer release, Monolith.

Other great bands abound in this lineup: Y La Bamba, The Black Tones, Great Grandpa, Bread & Butter, and Wall of Ears will be there, too. You can spend Saturday afternoon pub crawling and taking in some of the quieter acts, you can browse Sonic Boom’s popup record and merch shop, or you can pick up a discounted lift ticket and hit the slopes at Stevens Pass. If you decide to hang out in town, you can compete in a game of Cornhole, Washers, or Ladderball to win prize packages.

Various hotel partners in town offer accommodations deals for Timbrrr! attendees, and if previous years are any indication, Kavu will be selling some killer Timbrrr! branded gear that is unique to the festival. There will be a tasty Hot Toddy Garden as well as food vendors inside the main Festhalle venue. All in all, Timbrrr! is, as always, an awesome, one of a kind festival in a gorgeous location. We hope to see you there!

Christine Mitchell has been poring over album liner notes pretty much since she acquired the skill of reading, and figured out the basic structure of rock songs at an early age. Whether it’s the needle popping into the first groove of the record, the beeps that signal the beginning (or end) of a cassette tape, or digital numbers ticking off the seconds from zero, music brings Christine happiness, ponderous thought, opportunities for almost scientific study, and sometimes a few tears. When she started attending live shows two decades ago, a whole new piece of the puzzle clicked in and she has been hooked ever since.
Related ItemsArtist HomeBread and ButterBurying GroundCave SingersChristine MitchellDebbie MillerFeatureGifted Gabgreat grandpaHobosexualJessica DenisonKevin SurMoorea Masa & The MoodRa Ra Riotthe black tonesThe ShivasTimbrrr!Wall of EarsY La Bamba
← Previous Story Hobosexual release Monolith
Next Story → Children of Bodom Crush Seattle