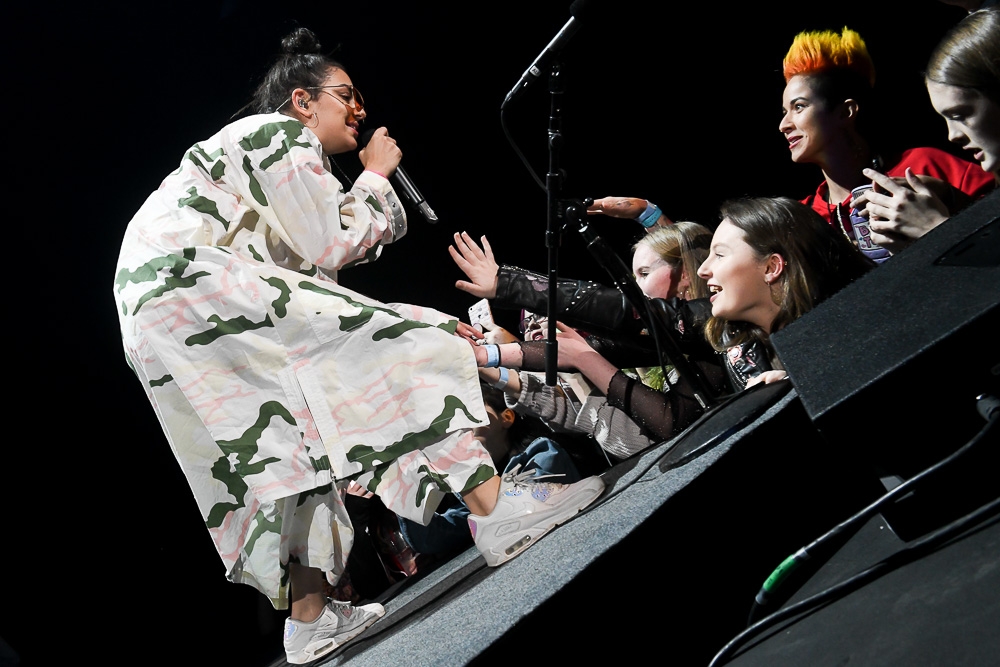 If you could pick a support act to really get the crowd going, Halsey‘s choice of Charli XCX was on point. On Friday in Seattle, the pop singer brought the crowd to their feet, singing hits such as “I Love It,” “Fancy,” and “Boom Clap.” Needing little more then herself and a DJ, Charli XCX provided an energetic set that pleased the young crowd. Charli XCX is spending much 2017 touring in support of her new release Number 1 Angel, which iTunes editors call an “adventurous mixtape.” With her next few tour dates spanning across Canada, and then back into the U.S. before closing her year of touring in New Zealand, the chance to see her this year is running short, but if you can, you won’t be disappointed. Her set is highly recommended, and worth getting to the venue early to see. Here is a small gallery of images of her performance from photographer Matthew Lamb.